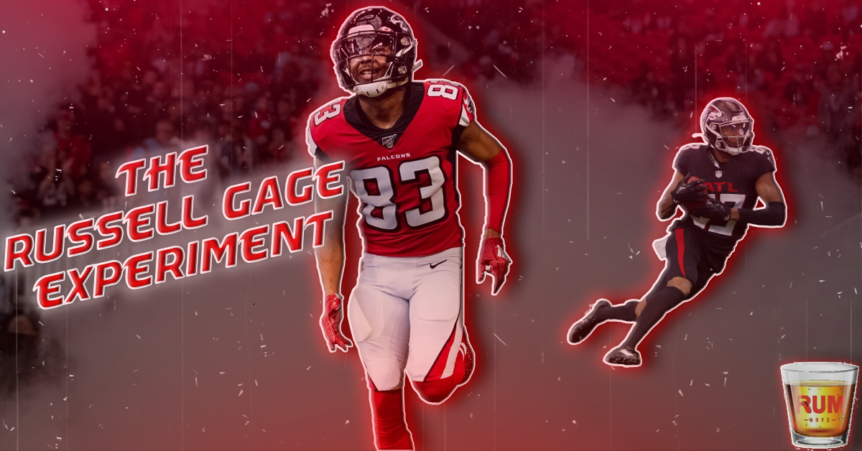 From hospitality to soul food and from trap music to country the city of Atlanta has it all. The great ATL hip hop poet Jermaine Dupri once said “Welcome to Atlanta where the players play” And I have a feeling that nobody will play harder than one Russell Gage! HOTlanta might be hotter this season than we all realize!

The departure of a Hall of Fame caliber Wide Receiver Julio Jones has created quite the divide amongst fantasy football enthusiasts it’s either Calvin Ridley will be a bonafide WR1 without struggle or he’ll just slightly regress but still be a WR1. No matter how you put it it’s still bars the question who is this team’s wide receiver two? Kyle Pitts is a rookie and it’s a lot to ask of him to have a breakout season similar to that of Jeremy Shockey. So then let’s be realistic and load up the Gage!

Russell Gage was silently the second option in this offense last season putting up 72 receptions on 109 targets for 786 yards and 4 TDs, that’s a 66.1% catch percentage across 8 starts. Gage hoisted up 109.1 fantasy points during that time as well. This performance landed Gage a WR 40 performance according to fantasypros in 2020. He’s ranked WR57 on fantasypros in 2021, but I honestly feel we have to take into account this year Gage will likely be a definitive starter in this offense. Also I would love to add Gage did a lot of his damage out of the slot at a whopping 59%. I have seen Gage go as high as a 10th round pick in superflex drafts and low is a 12th round pick, if I can snag Gage in the 11th in SF drafts I’m here for all that action!

Sure when you are drafting Russell Gage we are picking him as a WR4 that will likely start the fantasy season on your bench but can quickly see him landing in your flex or WR3 slot as early as week 3 once we’ve seen this offense iron out all of it’s wrinkles. Matt Ryan and Falcons OC Dave Ragone have had essentially since last year when Julio Jones expressed interest in a departure to figure out how the offense will operate. The numbers and the film tell us Gage is the clear WR2 option, Ridley will likely draw doubles forcing Ryan to make other reads. Kyle Pitts will have to have some blocking assignments so he’s not coming off the ball every snap as a receiving option. Knowing Matt Ryan has no problem putting the ball up in the air and setting his receivers up for the contested catch (#1 in air yards completed and danger plays) I forecast Gage in a full 17 game season to come down with a vast majority of those.

Look if you’re willing to go after Mecole Hardman, Hollywood Brown, Curtis Samuel, even Mike Williams then we need to be considering Russell Gage there as well. The opportunities will be there for him to perform and I truly believe he will make the most of those opportunities. At the end of the season we very well could be talking about Gage as a middle of the pack WR2.