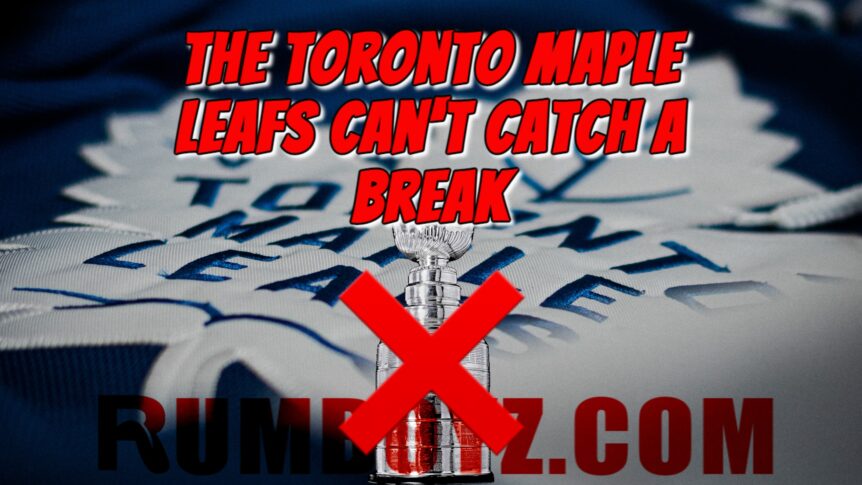 The Toronto Maple Leafs half a century of failure never ends with the same occurrence every year. The Leafs already have the worst reputation, toxic fans and an overblown media. Think of all the jokes 1967, 2004, 4-1, game 7, chokers, David Aryes, first-round, this franchise is an obsolete mess. The annual first-round elimination comes by the Montreal Canadiens in the best fashion game. A city of failure, 17 years since a first-round win, and 54 years since a Stanley Cup is depressing. The fans every year go through heartbreak, hope, promise and defeat, cycle repeat. 2021 has  proved again that Harold Ballard lives on after losing their captain John Tavares, a loss game one, winning three straight games, then somehow blowing a 3-1 series lead. 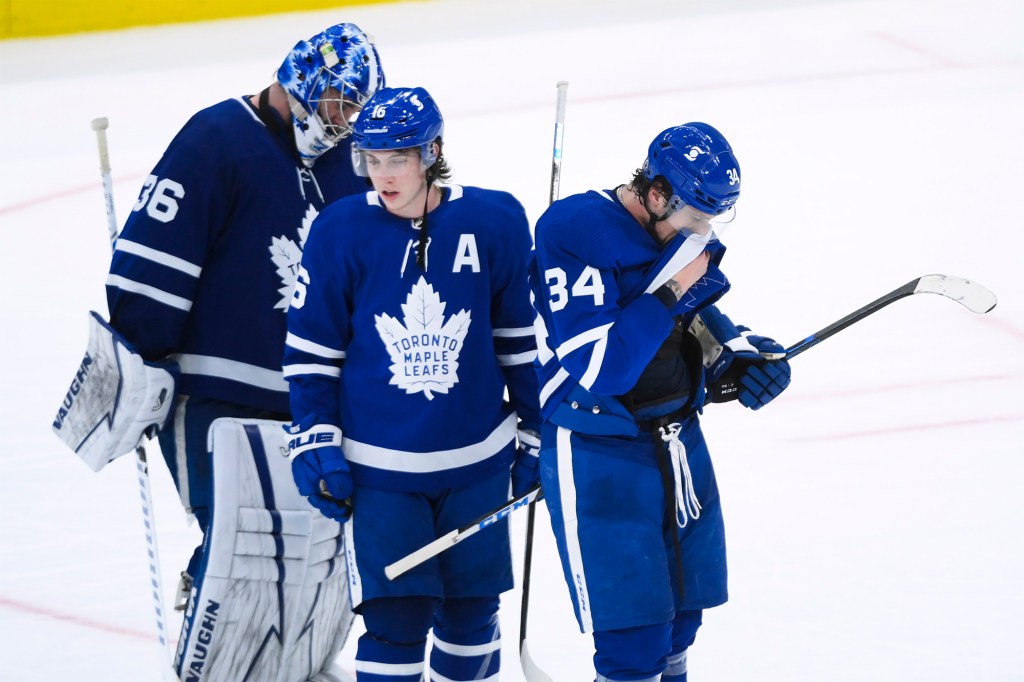 I do not know what is worse, giving up three goals late in the third period bringing the lead to a 4-1, then blowing it in overtime, or ceding a 3-1 series lead. Every year, I see a dominant regular-season team getting exposed come playoff time. In the2013 collapse, they were the underdogs. If Nazem Kadri wasn’t suspended they may have stood a chance, but Boston was also without David Krejci. Both 2020 and 2021, they were the heavy favorites, but then faced a hot goalie and were upset. Credit to Carey Price, the man played out of his mind. He is the reason why the Canadiens are here. I thought this roster had a chance coming from out of the North. I am now back to square one, a classic choke job where the optimism makes it worse. In games five through seven, Montreal showed to be the hungrier team and closed out the series. 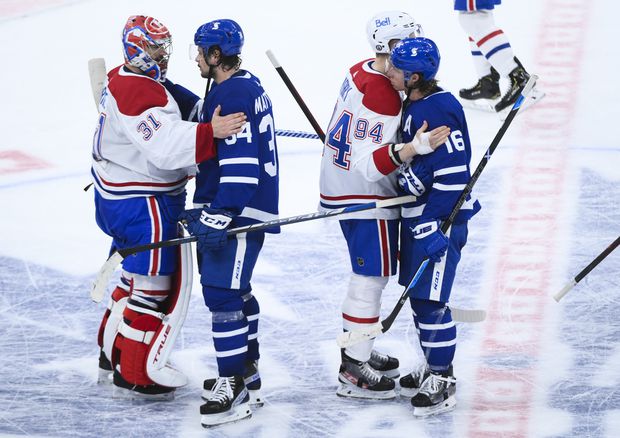 Mitchell Marner is garnering much of the blame, being paid $10 million as one of the highest paid players. Marner was absolutely absent throughout the series. Playing on the first line, his role is to make plays, but Marner has provided very little.
In 18 playoff games over the last three seasons, he as provided just one goal. I have seen his confidence diminish, turning him into a completely different player. It is so embarrassing, he has more puck over glass penalties than actual goals scored. The core was built during the 2016-2017 season. After not being able to make a playoff run, the belief is that there will be a roster shakeup. I believe Marner is one of the most skilled forwards and borderline top-5 wing player. It will be incredibly hard to replace his talents. On the other hand, this is a star player who doesn’t show up in crunch times. The chance of him being gone is 50-50, depending on what general manager Kyle Dubas wants to do. If he believes Marner can mature and grow as a player in the playoffs, than no change of scenery will come. The Seth Jones rumors do not make any sense, as the Blue Jackets general manager Jarmo Kekäläinen wants a center. In the past years, the defense was to blame,  though this year this was not the case. Jones is slightly overrated to me, and isn’t even the second best defenseman on his team. Tampa and Washington were patient, which won them Stanley Cups, hopefully the same happens with the Leafs.

Auston Matthews took home the Rocket Richard Trophy, scoring 42 goals as the league’s best goal scorer, a towering achievement. All that does not matter in the playoffs, though, as Matthews’ goal-scoring ability disappeared. His best trait did not provide any winning significance. Through seven games he scored only a single goal. I have seen a different version of Matthews, one where his confidence went missing. Kyle Dubas’ construction revolved around advanced stats, the best GF% and scoring chances, which proves why the Marner/Matthews duo were dominant in the regular season. Both lack the mental game to carry themselves in the playoffs though. The team needs both players to be able to bail them out when things go stagnant.

We are talking about the stars here. You are never winning if the top dogs do not perform simple logic. Losing John Tavares left a hole on the second line, and in turn the offense cooled down. William Nylander wasby far the best player that showed up. He may have changed the narrative of him choking on the big stage. Sheldon Keefe made some questionable decisions throughout the series. Playing Joe Thorton on the powerplay, challenging a goal in game 6, which would have made the game 1-0,and not playing Matthews and Nylander together. Losing Jake Muzzin is a noteworthy loss, which exposed Justin Holl, who I thought, at the beginning, had top-4 potential. Holl made far too many errors though.

What the organization needs to do now is look towards free agency. Trading the 1st round pick for Nick Foligno is probably going to backfire. Morgan Rielly has an intriguing case, as he was awful in the regular season, though played much better during the playoffs. They should not trade him unless they find a number one option on offense or defense. Rasmus Sandin has tons of untapped potential, likely taking on a larger role next year, and is only 21. Zach Hyman is 100% staying, as he had a good run, though was just robbed by Carey Price. Frederik Andersen is uninspiring, and the plan is to find a comfortable backup for Jack Campbell. Jason Spezza is guaranteed to stay, as he somehow kept the lineup alive during those games. Joe Thorton, Riley Nash, Wayne Simmonds and David Rittich are questions moving forward. Kyle Dubas has the Leaf’s fate in his hands this upcoming summer, what will he do with it?.

"ITS JUST TOUGH YA KNOW CAUSE WE HAVE SO MANY PIECES MATTHEWS, TAVARES, MARNER, AND WE STILL KEEP DOING THIS TO OURSELVES EVERY YEAR" pic.twitter.com/Arcj8kUxsS