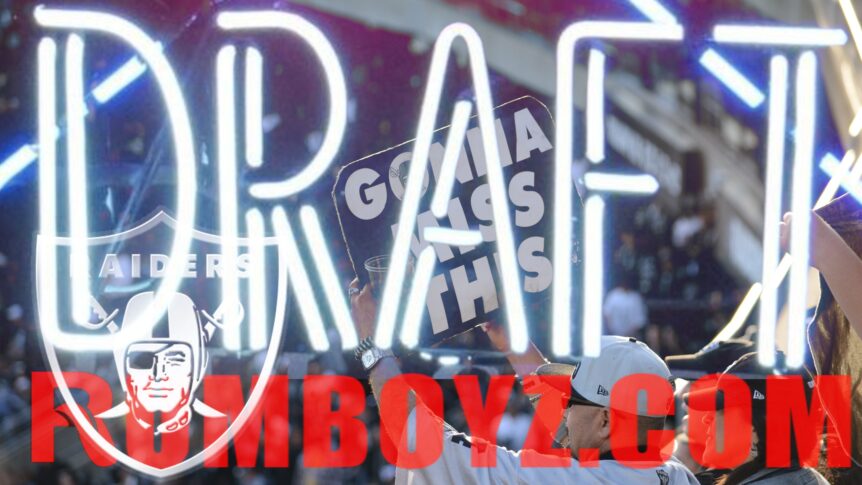 The Raiders selected four defensive backs with their first six picks of the draft. 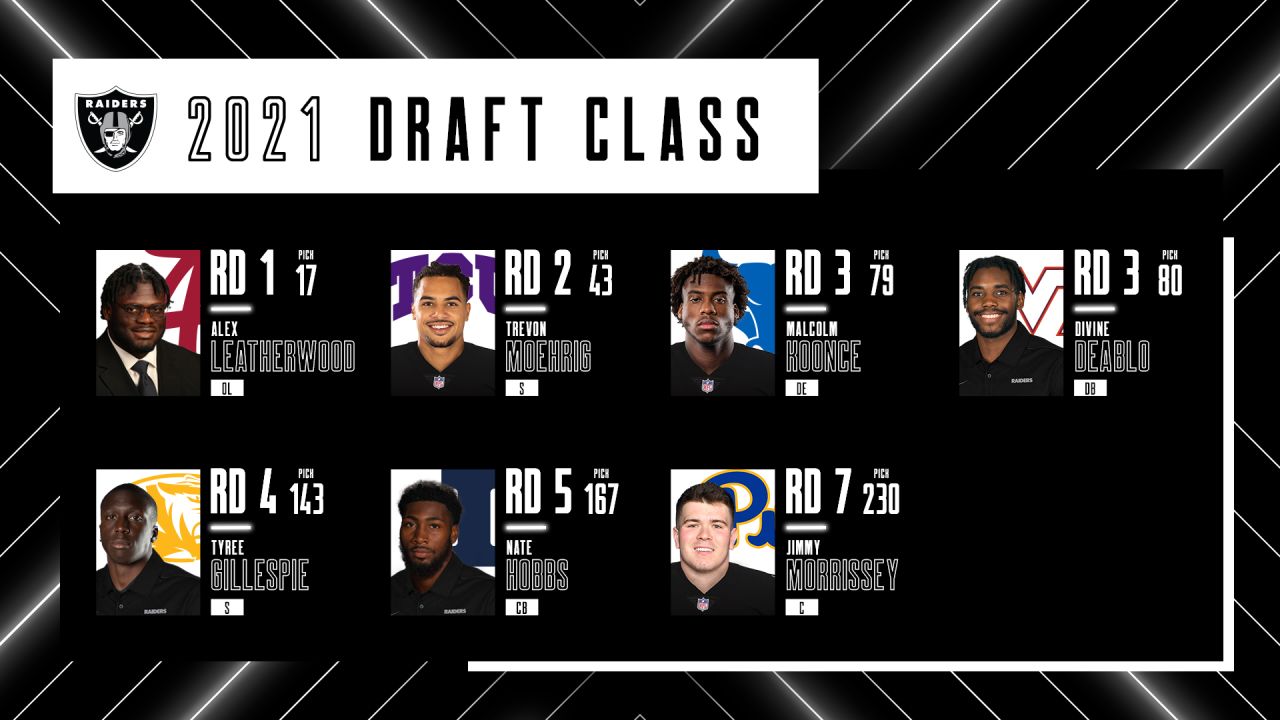 The Raider’s first pick in the NFL draft seems like a consensus reach with the selection of Alex Leatherwood, an offensive tackle from Alabama. To most, Alex leatherwood is a day 2 pick. Leatherwood’s height and weight are 6 feet 6 inches, 312 pounds. At Alabama he won the Outland Trophy in 2020 so I do not think this is a bad player, I think it is a reach for the first round as they may have been able to take him on day two.

Trevon Moehrig, a safety from TCU, was the Raiders second pick and first in the secondary positional group. The Raiders need help on defense and Trevon Moehrig is a Jim Thorpe award winner. Moehrigs’s height and weight are 6 feet 2 inches and 203 pounds. 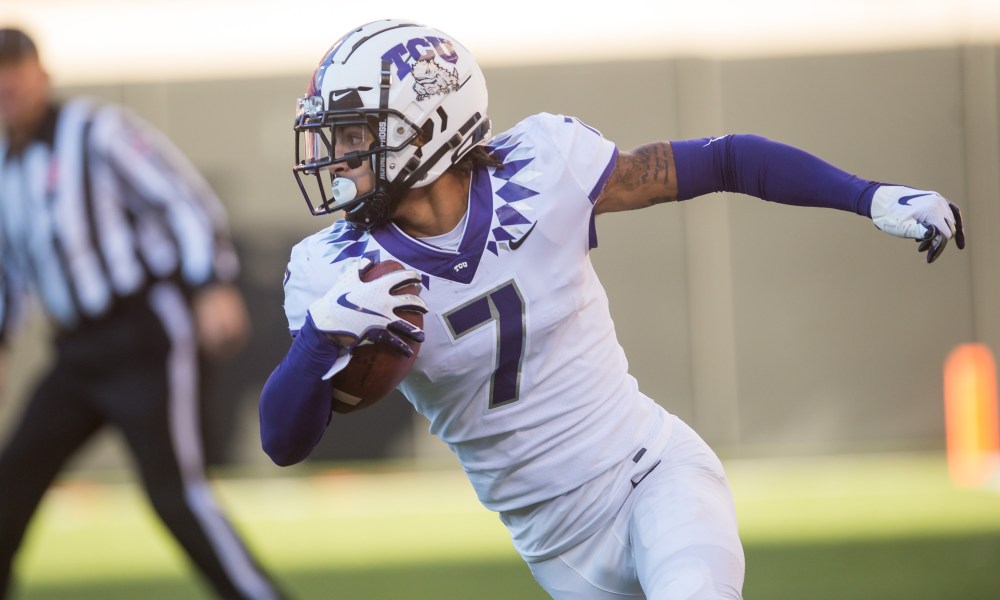 The Raiders had back-to-back picks in the third round and with pick 79 they selected Malcolm Koonce Defensive end from Buffalo. Koonce could could in handy while rushing the passer, especially when the Raiders have to play Patrick Mahomes twice a year. Malcolm Koonce’s height is 6 feet 3 inches and he weighs 250 pounds. He may not be an immediate starter but he may find his way onto the field in a situational role early on.

With the second of back-to-back picks in round three the Raiders selected Divine Deablo a safety from Virginia tech. Great pick but this is now the second defensive back chosen and playing time could get scarce. His height is 6 feet 3 inches and he weighs 226 pounds. In his time at Virginia tech he tallied 206 tackles, 117 of them were solo tackles, and he also had 6 interceptions. 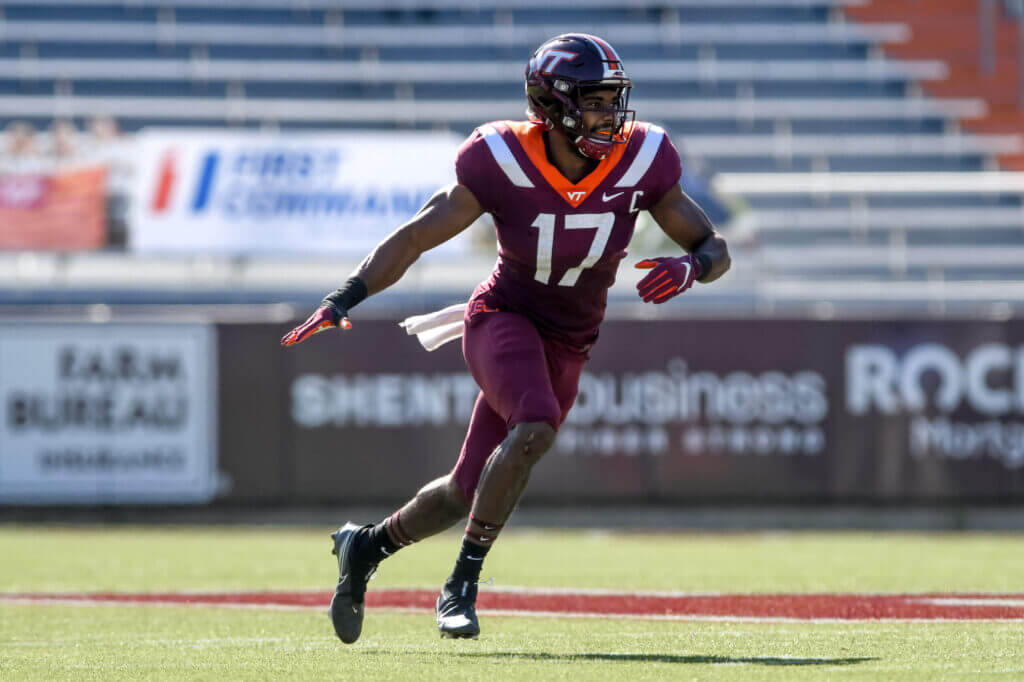 With the raiders fourth round pick they drafted Tyree Gillespie safety from Missouri. I don’t love this pick because I feel they have enough safeties already. This is the third defensive back taken in their draft and there was no reason for the Raiders to draft him. the Raiders are in an interesting position with their safeties because they now have to decide who they want to keep and who they want to cut. Gillespie is 5 feet 11 inches and weighs 207 pounds. In his time at Missouri he had 146 tackles, 100 of them were solo.

Another defensive back! Nate Hobbs Cornerback from Illinois is selected in the fifth. There’s a chance that he can be a starter in a couple of years, so I would expect Las Vegas to try to hang on to the young talent at corner. His height is 6 feet and he weighs 195 pounds. In his career at Illinois Nate Hobbs had 166 tackles, 105 of them were solo tackles. To me he’s more of a special teams player than he is a corner so that will help him make the team.

With the Raiders final pick in the draft they selected Jimmy Morrissey center from Pittsburgh. He is 6 feet 3 inches and weighs 305 pounds. In his career at Pitt, he started 47 games and got all ACC honors 3 times. I am confused as to what the Raiders did in this draft because they only drafted one offensive player with their seven picks. It is going to be interesting to see what happens with them next season.