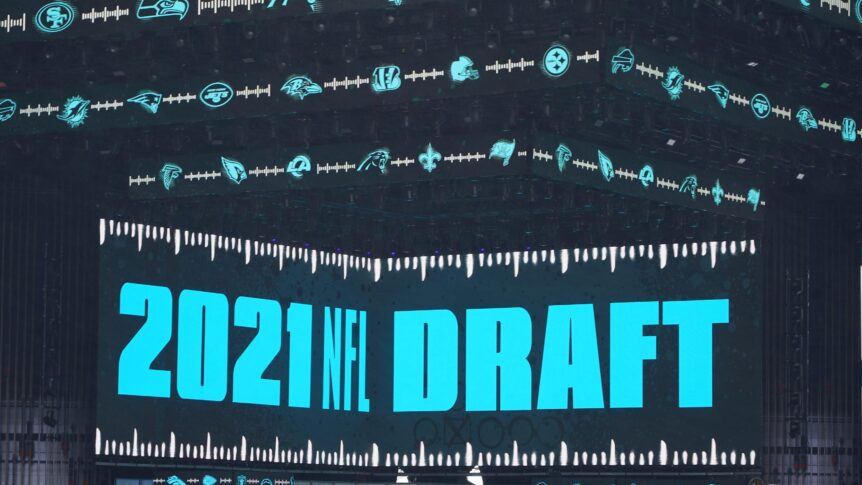 Coming off the heels of the NFL draft many events have occurred, Aaron Rodgers wants out of Green Bay, the Panthers jumped around the draft like it was a mock draft, and many many more surprises. However through all of these surprises stands a team that only made one trade during the entire draft but has been very active throughout the offseason, that team is the Arizona Cardinals. Moving on from free agency where they invested big money into JJ Watt, the Cardinals made other moves such as adding perennial all-pro center Rodney Hudson for a third-round pick. The Cardinals free agency pointed them in the direction of a team ready to win now the draft however complicated things just a bit.

Collins is a good player, some may even say a great player my gripe with this pick comes from past tendencies and history within the organization itself. Haason Reddick a very comparable player to Collins skill wise was just let go in free agency for the same amount of money allocated towards AJ Green(6 million). In that same breath Arizona also just invested the 8th overall pick in last year’s draft into Isaiah Simmons. Initial reports are suggesting Collins will play as a 3-4 outside linebacker, meaning in this scheme he will be an edge rusher on a down-to-down basis, that is an issue. Collins was a game-changer at Tulsa, by being a linebacker, he was allowed free range over the middle of the field in Tulsa’s 5-0-5 front. He was successful as a Blitzer on limited reps, this pick is a project for Arizona, thus creating a lapse in timelines, as previously mentioned Arizona is a team built to win now but this pick just doesn’t represent that

Moore is a great athlete, he is a freak of nature. We have all seen the video of him squatting 600lbs, the 4.3 speed, the twitchy athleticism all bottled up in a 5’7 frame. That is the concern with Rondale can his height be enough at the NFL level. It is to be seen but the prospect of him in this offense is very intriguing. Pairing Deandre Hopkins with another viable wide receiver is a necessity, AJ green is a patch in the gaping hole, Christian Kirk while having moments hasn’t been able to stay healthy. After that Andy Isabella hasn’t found his way to a viable role in the offense and Keshawn Johnson is a rotation player at best. Moore provides you with a field-stretching ability and a unique skill set. There will be times this year where Rondale Moore will line up as a Half Back, he did it at Purdue and was good at running the ball. Truthfully this a high-end athlete with a gadget-like skill set with supreme upside.

Marco Wilson the player is great, but what comes with the talent also comes the person off the field. Marco had a great stretch at Florida then he let his emotions get the best of him. He had multiple on-the-field outrages as well as questions about his work ethic throughout the offseason. When he has his emotions in check he is a 1st round caliber prospect when he doesn’t he simply has no business being on the field, to begin with. It will be up to him and his coaching staff to prepare him for the spotlight and scrutiny he will be under comes September.

Dimukeje is a great technical pass rusher that has production to pair with it. The questions spark from his size and overall athleticism, he has two routes to go, either drop weight and be a 3-4 edge rusher (OLB) or gain weight and slide inside to be a 3-4 end. Either way, he can be a production pass rusher and be a stable part of a rotation, the pick adds much-needed depth to the pass-rushing room.

This was the steal of day 3, out of all of the picks that happened to conclude the draft this was the perfect parring of prospect talent, value, and positional need. Had Arizona take Gowan in the 4th round the grade would be somewhere around a B+ but to get him in the 6th is immense value. After playing at a junior college, he transferred to UCF where he dominated for one year before opting out in 2020. Gowan was a treat to watch in his 2019 campaign, totaling 31 tackles, 8 pass breakups, and 2 interceptions. All of this while only being thrown at 50 times, he truthfully was on an island at the corner and teams decided not to test him. Gowan has the potential to take the second boundary spot next to Malcolm Butler in this defense and if he does this pick will certainly live up to this grade plugging possibly Arizona’s biggest whole.

James Wiggins is a great scheme fit and an ideal depth piece. Jalen Thompson and Budda Baker both went down with injuries last year and Wiggins has the versatility to fill both of their shoes. His one flaw is his tackling technique that can be refined from coaching. It is great value for a player who will see a role starting in his rookie year.

Menet is a solid center prospect, he has a refined game and a great track record blocking for some of the most productive lines in all of college football the past few seasons. Rodney Hudson was just added to this team but he is also 31 while Menet has time and versatility on his side. Menet ideally would be a backup interior lineman who could play at any three of those positions. It again is a good value at a position that needs both depth and youth to pair along with the aging veterans in the room.

The draft for Arizona is littered with talent, while they all have their unique questions and flaws if 2 or 3 of these picks this draft could be amazing. In all the upside is intriguing but Arizona has failed to capitalize on that same upside with similar prospects in the very recent past, however, there is a first for everything, and perhaps this a change in the tide for the Arizona Cardinals.

If you enjoyed this Article, agreed with anything I said or even disagreed I would love to hear it by leaving a comment down below. If you want to get in contact with me my dm’s are always open on twitter @RumboyxJlove I appreciate each and everyone of you for helping me achieve my dream of doing this as a full time job!