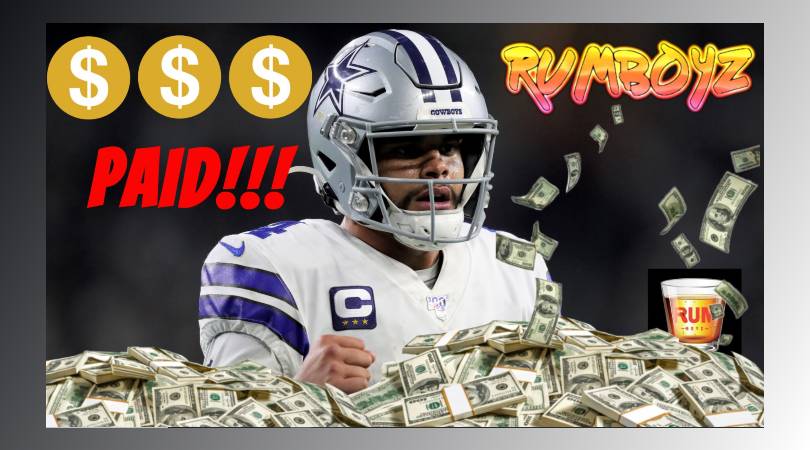 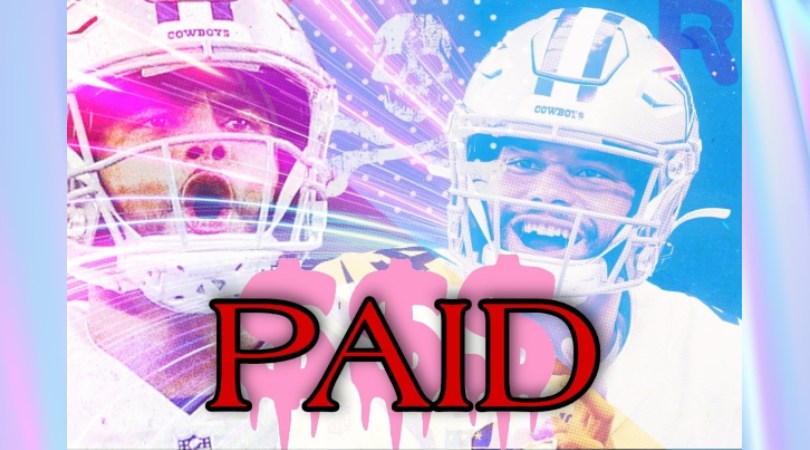 At least not in the foreseeable future.  The Dallas Cowboys and Prescott finally came to an agreement, after almost two years of both sides being unable to reach a middle ground.

Dak’s 2023 contract is worth $31 million dollars.  It’s only guaranteed for injury, but becomes fully guaranteed as of the 5th day of the 2022 league year.  The Cowboys would have to release Dak before that 5th day in year 2 of his contract in order to avoid paying him anything more than the $95 million guaranteed.

The 4th year of Dak’s deal includes a $5 million dollar signing bonus the 5th day of the 2024 league year, as well as his $29 million dollar salary.  The Cowboys added 2 extra voidable years (2025 + 2026) to the back end of his contract in order to provide wiggle room for cap space if needed.

Dak has insisted that a clause be added into his contract, making it so that Dallas cannot apply the franchise tag after his 4th and final year of the contract.  If Dallas were to decide that they want to resign Dak, they would not have the option of tagging him, instead having to agree to another long-term contract.  This clause has not yet been added to the contract, but is in the works.  Dak and his agent Todd France are trying to get Dallas to apply the second franchise tag to Dak this season, so that they wouldn’t have the luxury of getting him on a cheaper, 1 year lease at the end of this deal.  (The franchise tag applied a 3rd time would equate to 44% of the overall cap number.)

Overall, both sides get what they were looking for.  Dak gets a 4 year deal instead of 5, making him eligible for a new contract as early as the 3rd year of this new deal.  Meanwhile, Dallas avoids losing their starting Quarterback or having to go out on the market/draft to find a new one.  Their nucleus returns for the 2021-22′ season and they can focus on rebuilding their horrid defense in hopes of a title run.

Stay tuned ladies and gentlemen, the Dallas Cowboys could be a team to reckon with this coming season!