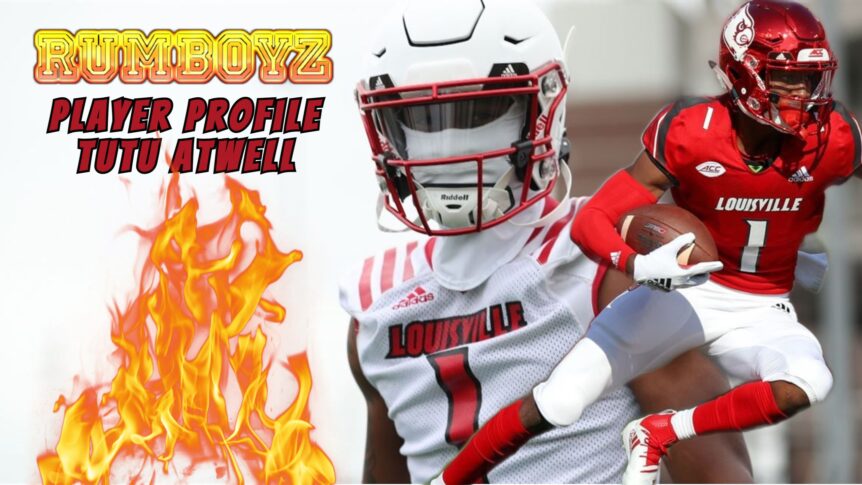 With the 2021 NFL Draft fast approaching, it’s time to start covering some of the most exciting prospects in this year’s draft. The prospect we will be covering in this article is thought to be one of the most electrifying prospects in college football. We begin with Chatarius “Tutu” Atwell, wide receiver, Louisville.

Production at Louisville: Tutu Atwell enjoyed a very productive career at Louisville. Throughout his three years, Atwell garnered 140 receptions for 2,307. He also found paydirt 21 times. He showcased his home run ability many times and has shown to be a potential gadget player in the NFL.

Tutu Atwell is an exciting prospect whose draft stock has been picking up steam as of late. There have been mocks where he’s been going in the back end of the first round, and it’s pretty easy to understand why. Speed. With players like Tyreek Hill torching the league (not my comparison), there could be a front office willing to take a chance on Atwell early to be the next great deep threat. There will be a lot of hurdles for Atwell to get there, but with hard work and dedication, it’s possible. Ultimately, I see Atwell developing into more of a gadget role, but there’s potential for him as a receiver.

With the way Tutu Atwell was utilized during his tenure at Louisville, this Curtis Samuel comparison makes sense. Like Atwell, Samuel was used on gadget plays, as a running back, and a receiver at Ohio State. They both have that speed, ability to make defenders miss in open space, and the traits to make them useful as gadget players, making them very similar prospects.

The wide receiver class this year is very top-heavy, so it’s difficult to see him being selected in the first round. He possesses the big-play ability but lacks other integral traits for a receiver. He has quite the high ceiling, especially with his home run hitting ability, but in the end, I believe he falls near the back end of the 2nd. If he falls past the 2nd, he’ll be scooped up early.