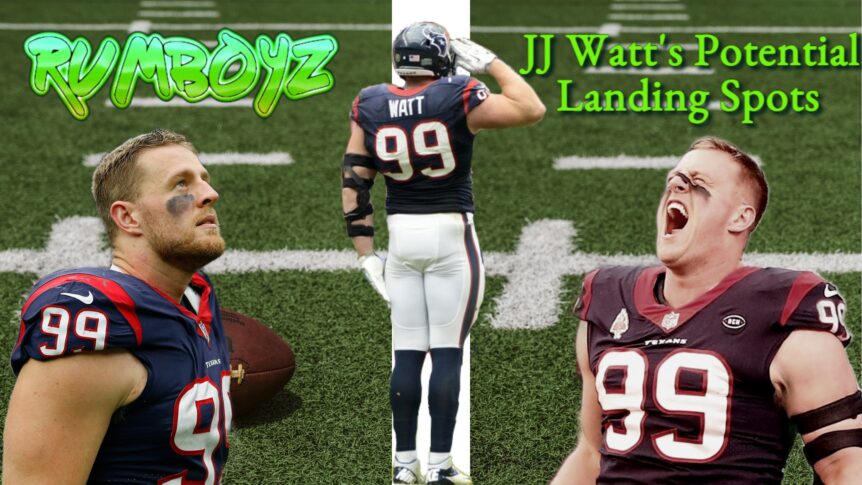 JJ Watt took to Twitter on Friday morning to announce that he had requested his release from the Houston Texans. After a decade with the squad, Watt stated that he and the team came to a mutual agreement for them to part ways.

Houston, I wanted you to hear this directly from me… pic.twitter.com/YqT3P6Lb6l

The emotional video showcased the class and loyalty Watt possesses, even after initially being booed by Houston fans when he was drafted in 2011. In 10 years with Houston Watt accumulated 15 awards from the 2011 NFL All-Rookie Team, making the NFL Top 100 list 8 times, The Bert Bell Award (Player of the Year), The Walter Payton Man of the Year Award, to the Pro Football Hall of Fame team All-2010s Team. Obviously there are his 3 AP Defensive Player of the Year awards, 5 Pro Bowls, and 5 First Team All-Pro honors. He spent 4 seasons in the top 10 in fumbles forced, 6 seasons in the top 10 in tackles for loss, and 4 seasons in the top 10 in sacks. The list goes on if you want to talk about offensive and defensive touchdowns, but the fact is that Watt is now done in Houston.

The Texans do Watt the favor of making him a free agent with the ability to choose his next playing destination. They also do themselves a favor in saving some serious cash against the cap. In terms of cap space Houston was projected about 18M over the 2021 cap and Watt was set to make 17.5M base salary. No guarantees or prorated bonuses were remaining on Watt’s contract & that will account for zero dead money with his release. The Texans now have room to move around the cabin, but Watt can now charter a flight to any team that will take the soon to be 32 year old. So with that, here’s a list of teams I think he will have his eyes set on immediately.

Watt’s goal since he entered the league has been to win a Super Bowl. His mission statement each season was to bring a championship to Houston, but what about yourself now JJ? Let’s talk about immediate contenders and having a reason to sign. Tompa Bay is fresh off a very impressive Super Bowl run with the immortal Tom Brady at the helm. Brady lured Rob Gronkowski out of retirement and recruited a disgruntled and disturbed Antonio Brown to the Bucs where they eventually joined the ageless wonder in earning his seventh ring. Let’s not forget about the almost forgotten Leonard Fournette who jumped on to play with Brady. If any team can go out and get a championship it’s the Buc’s and this is where I would want to go after so many years without even reaching a conference championship game.

The Bucs rolled past the Packers this year on their way to a home SBLV victory where they absolutely dominated the Kansas City Chiefs. Green Bay simply couldn’t apply pressure to Brady, and the 43 year old tore them apart from the pocket. Growing up, Watt was a Packers fan from Wisconsin and has a family ranch in his home state, where he occasionally gets together with his brothers during the off-season. The Packers could pair the hometown kid with Rashaun Gary for the extra pressure they desperately needed in the playoffs, and well to be honest Watt in a Packers uniform just feels right.

Okay here it is. Steelers fans have been clamoring for this since Derek Watt was wrestled away from the Chargers not long ago. Uniting all three Watt brothers would be a fairy tale ending for JJ and an incredible sight to behold on Sundays for us football fans. Pittsburgh was torched by…checks notes…the CLEVELAND BROWNS! so any welcome help for brother TJ Watt would be outstanding. Imagine two Watt brothers collapsing on a quarterback from either side of the pocket. Good luck! Of course, Watt would most likely need to play for something closer to the absolute minimum in order to make this work, as the Steelers are likely to spend huge on Bud Dupree. Add in an aging Big Ben and going from 17.5M to something like 500K isn’t in the cards for most people, even if it means playing with your brothers. 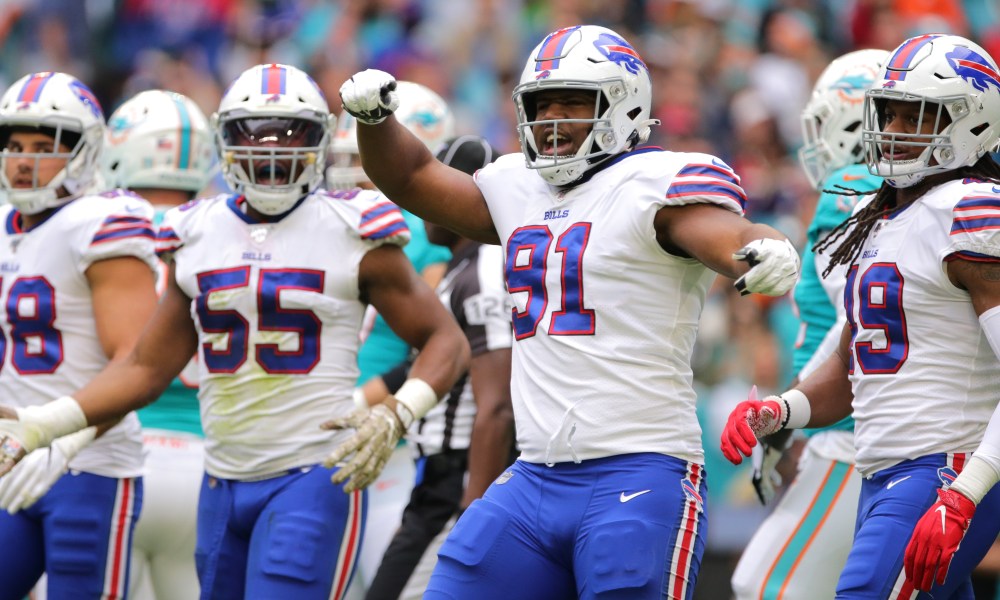 Already my new favorite team, because Josh Allen extending plays to Diggs is so fun to watch, the Bills could look to improve a tough defense with a pass rusher that can help to frustrate Patrick Mahomes when they meet in the playoffs. Allen is still under his rookie contract so Buffalo at least has wiggle room and a better chance than say the Pittsburgh Steelers to sign Watt to a sweet enough deal. The team can add his veteran presence to a defense that fits perfectly. If Matt Milano can stay healthy and most of the Buffalo defense for that matter, throwing Watt in the mix on passing downs could be huge for a team that wants to stiffen up on defense and has no trouble putting up points.

On a personal note

JJ has been my all-time favorite player. No one embodies the work-ethic, positive attitude, and thankfulness quite like this man. I was at the game when he broke his leg a few seasons ago and my son and I were lucky enough to get a really close look at how he works at training camp two years ago. It is indeed the end of an era. JJ Watt gave everything he had to the city of Houston. My kids will probably take this harder than me, but we will definitely all miss him in a Texans uniform. As much as JJ loves Texas, I’m sure he wants to go to a contender, so the Dallas Cowboys are out of the running.