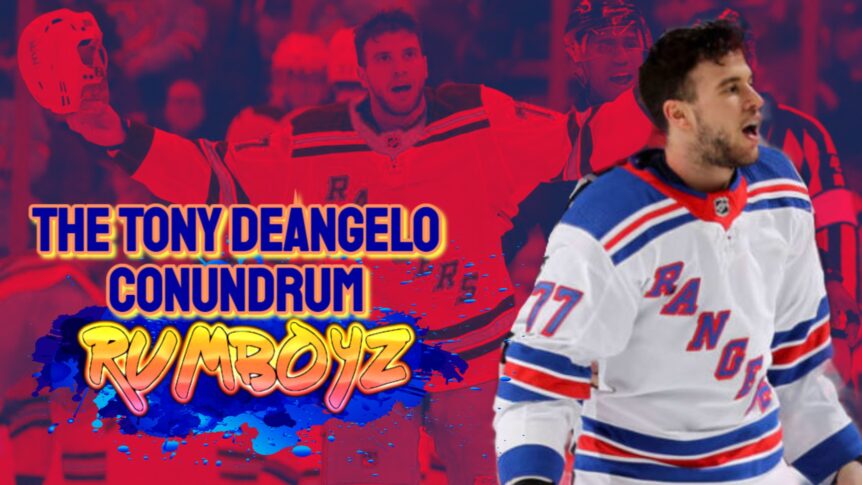 The Rangers GM Jeff Gorton said that Tony DeAngelo “has played his last game”, in a media press conference. So how did we get here? First things first, even though his comments on social media didn’t play a factor, said John Davidson, the reputation still looked bad. Not trying to get political here, but the defensemen was vocal about being a Trump Supporter on Twitter, the account was then all of a sudden deactivated. Allegedly a “burner” account that had popped up by the name of @NYRFan92360244

One of his Tweets even became a meme. 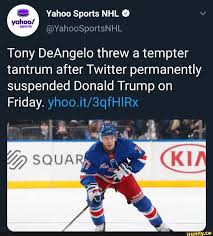 “For the record, since for some reason people keep saying this, I’m NOT Tony DeAngelo. Just someone whose sick of him being criticized by people who know nothing about the game of hockey”. 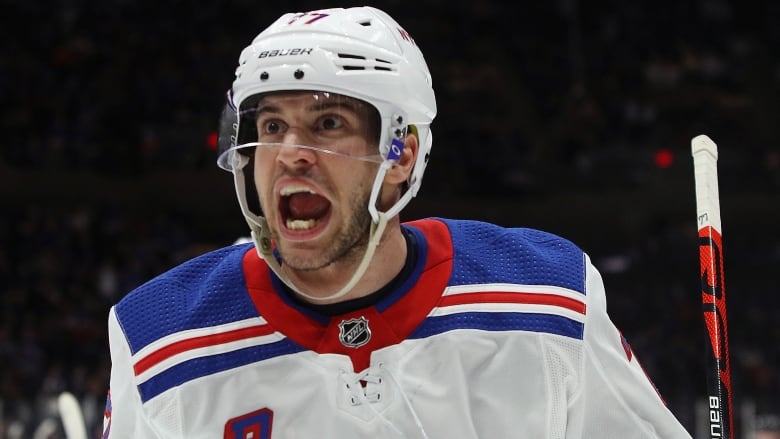 DeAngelo had an altercation with teammate netminder Alexandar Georgiev in the tunnel which was broken up by K’Andre Miller. Both never got along dating back 2017-18 while playing in the AHL for the Hartford affiliate. While playing OHL hockey, comments were made that were both racist and homophobic. When they got off the ice, Georgiev sat disappointed, TDA made a sarcastic comment and a scuffle started which was broken up by teammates at the end. DeAngelo was way too cocky, both he and Georgiev were at fault. This all came after an overtime loss to the Pittsburgh Penguins at the hands of Sidney Crosby’s. When Crosby had the puck, DeAngelo decided to double team and really he shouldn’t have.  The pass went to Pierre-Olivier, Joseph Sid rotated to the high slot and received the pass back. Now caught in a 2 on 1 that gave time for a shot to go off. Chris Kreider reportedly came in and punched Tony. This is pure veteran instincts and why Kreider was kept throughout the rebuild.

The Rangers placed DeAngelo on waivers which cleared before he was a healthy scratch. Previously he signed a 2 year $4.8 million AAV deal which aged poorly. I get it, at best he’s a high caliber offensive defensemen who had 53 points. Here’s the thing no matter how talented how a player is how he acts is what ultimately matters. No organization wants to be attached to a bad image. Chemistry makes or breaks a team and when someone is not getting along with teammates, a club should be rethinking having someone like that. What does Tony D’s future hold? It is hard to say as he is a  huge risk. Getting rid of players fond of antics may have the Rangers taking just any offer at this point. If nothing materializes they might as well pack his bags for Russia KHL. To many chances were given to DeAngelo and I’m not sure when he’s changing the personality, it’s been 3 teams already.