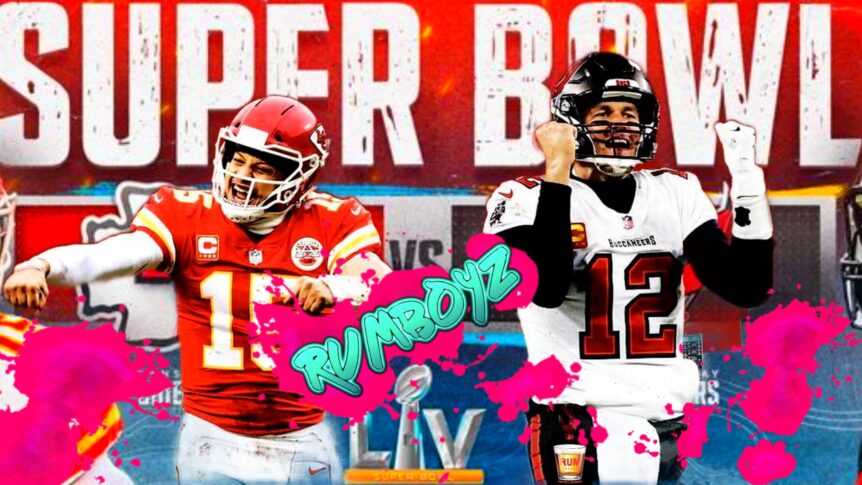 Super Bowl 55 is officially less than a week away.  Tonight marked the kickoff to a week long celebration of the Chiefs and Buccaneers, before facing one another on the field to determine a world champion on Sunday night.  This Super Bowl has all the makings of an instant classic.  Aside from the collection of talent, the personalities on both teams are Must See T.V. 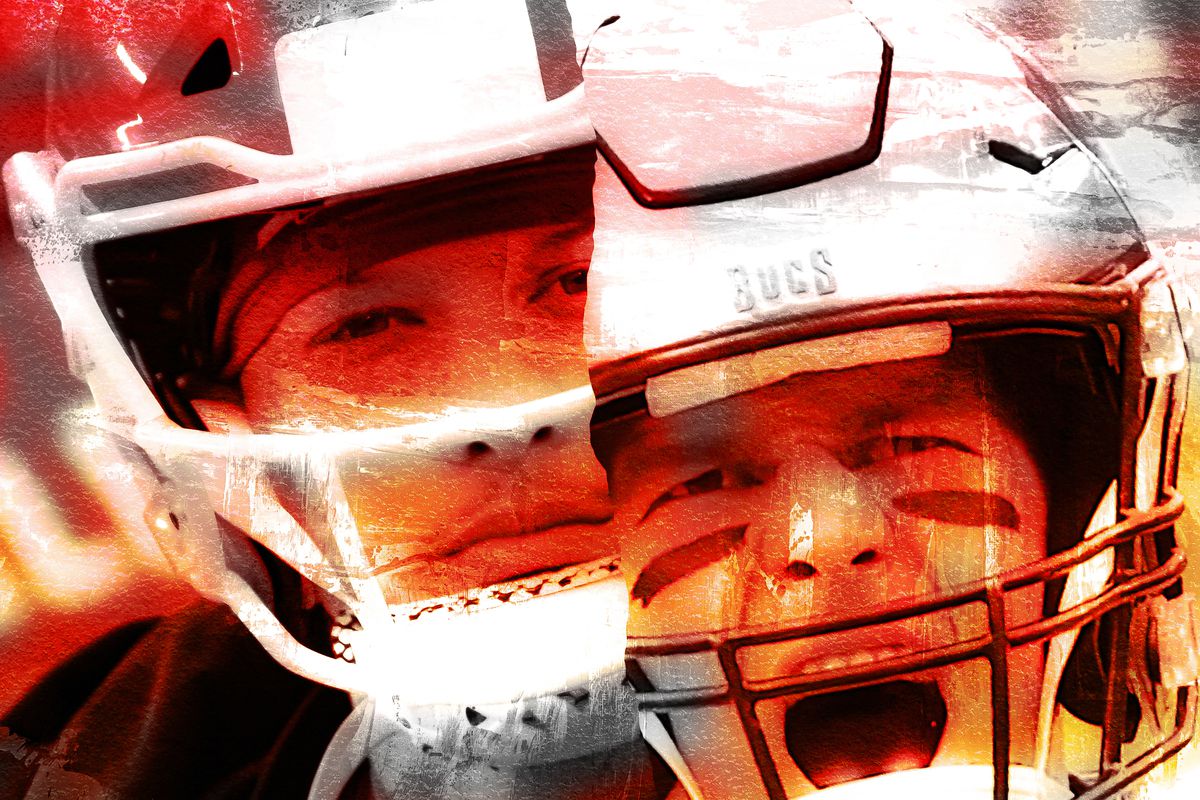 This Super Bowl will see Tom Brady and his Tampa Bay Buccaneers face off against Patrick Mahomes and the Kansas City Chiefs.  The Brady/Mahomes matchup will be the first Super Bowl that features the all time passing yards leader (Brady) against the Quarterback averaging the most pass yards per game (Mahomes).  It is the first Super Bowl between starting Quarterbacks that have each won a regular season MVP and a Super Bowl MVP.  Super Bowl LV will feature the largest age gap between starting Quarterbacks.  When the teams take the field Sunday, Tom Brady will be the first Quarterback to play a Super Bowl at his home stadium.  All these firsts and that isn’t including the fact that Brady’s last loss was to Mahomes back in week 12 and Mahomes only playoff loss came at the hands of Tom Brady back in the 2018 AFC Championship game.  In other words…..BUCKLE UP!  It’s going to get interesting!

The fact we made it the entire season without having to be shut down speaks volumes about the player’s commitment to following the guidelines set out by NFL brass.  The Opening Night format was simply a small example of the changes that occurred due to Covid-19.  Instead of being gathered inside the stadium for an hour of question answering, player’s answered questions from groups of reporters from the safety of video conferences.

Rob Gronkowski and Travis Kelce were both asked about their Super Bowl counterparts.  Kelce complemented the career of Gronkowski, saying he had to be ranked as “one of the best to ever play the position.”  When it was the Tampa Bay Tight End’s turn to speak about Kelce, he was asked who the better player was between the two?  Gronkowski quickly answered that whoever had the better game Sunday night would be the best player. 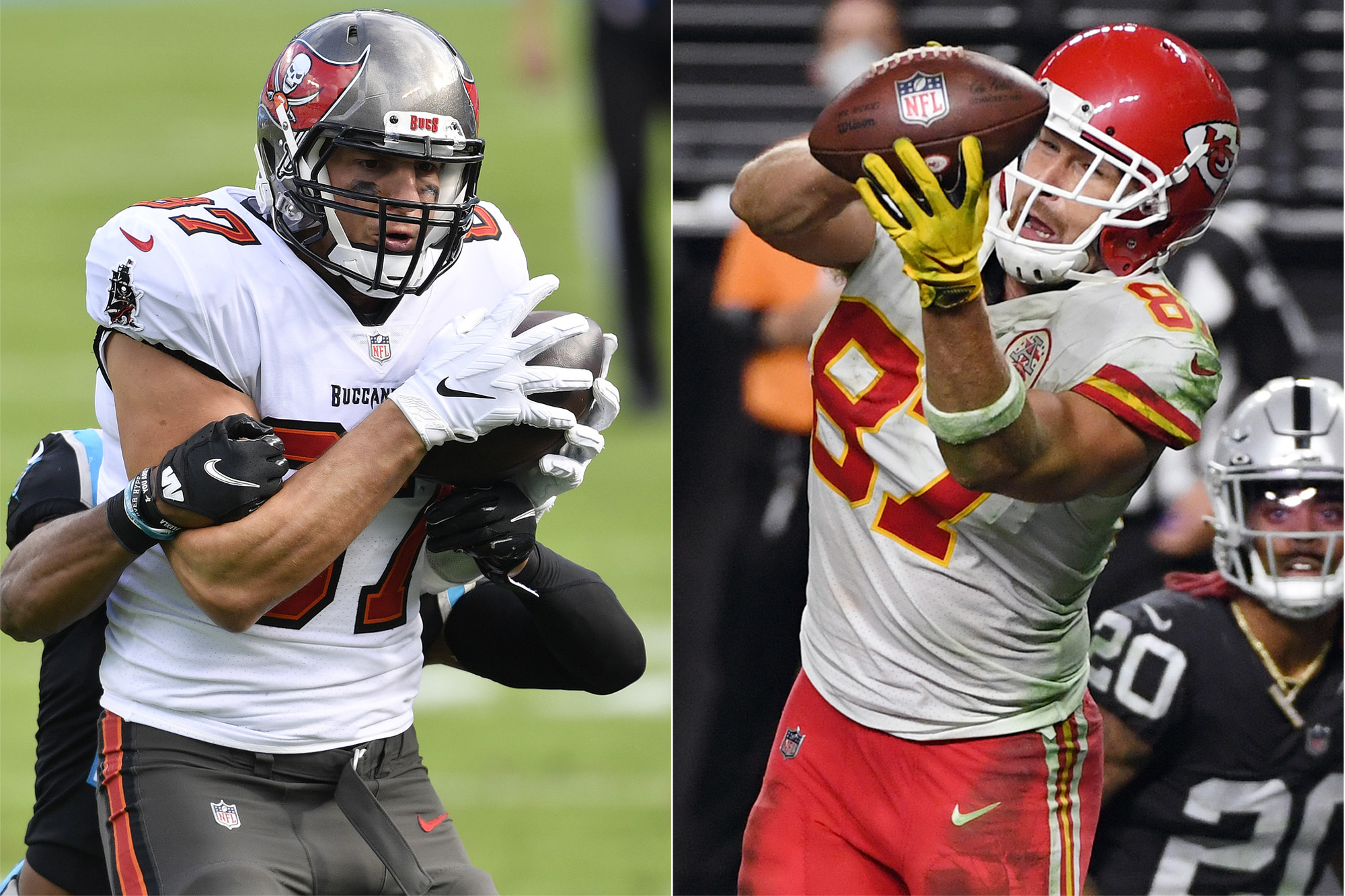 The connections between opponents for this Super Bowl run deeper than what sit just above the surface.  Chiefs defensive star Tyrann Mathieu use to play for Buccaneers coach Bruce Arians when the two were with Arizona.  Mathieu spoke about his love and admiration for Arians, saying that the two were forever connected and that he owed a tremendous amount of gratitude to Arians for believing in him at the worst of times.

Arians got emotional at one point when speaking about Bucs Offensive Coordinator Byron Leftwich.  He said he was “pissed” that Leftwich didn’t receive even a phone interview and that he didnt receive enough credit for Jameis Winston breaking team records last year, with Brady breaking those same records this season.

Overall, both teams stuck to the script and kept from causing any huge waves during the media obligation portion of Opening Night.  The clear message I took from watching each side speak for a few hours, was that both these teams are here because of their ability to win individual battles.  There are stars on both sides of the ball, for both teams.  Whether it be a game changing play by one of the star Quarterbacks,  or a defensive boost to get a turnover, these teams are the two best in the National Football League.  So get your favorite Super Bowl snacks ready and pull up a seat on the couch.  We’re in for a treat on Sunday!