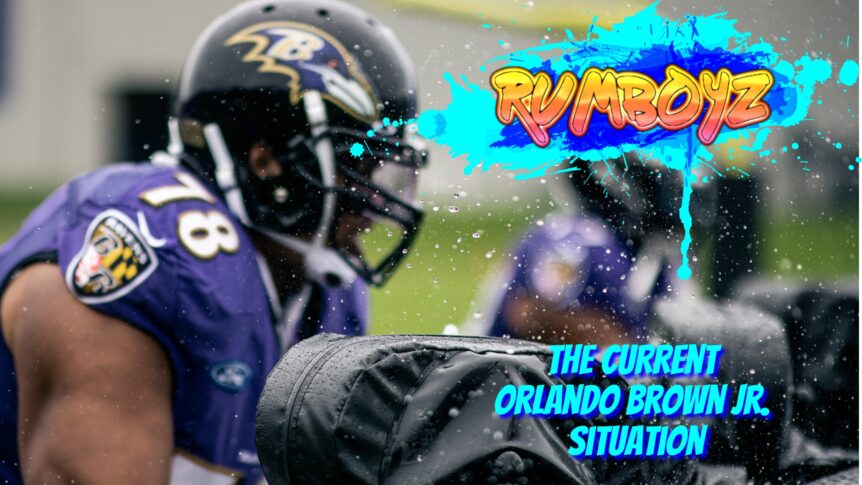 The offseason has now truly begun and after the Ravens’ season ended at the hands of the Buffalo Bills a few weeks ago, the organization has turned towards the annual offseason activities. Although Eric DeCosta already had his plate full this last weekend with the Senior Bowl, controversy has sparked amid the Ravens’ locker room.

Enter, Orlando Brown Jr., a star offensive tackle for the Baltimore Ravens, Brown Jr. started many games at the left tackle spot this season due to the Ronnie Stanley injury halfway through the year. He did very well for himself after subbing in for Stanley. He performed at a higher standard than he had when started at right tackle earlier in the year. But it seems this has gotten to his head. Even though the Ravens made it clear who their left tackle of the future was midseason by extending Ronnie Stanley, Orlando decided to take to Twitter on Friday to express his thoughts of himself, as a player. He tweeted out, “I’m a LEFT tackle.”. We all know what this means. Brown Jr. wants to get PAID, and he wants left tackle money. 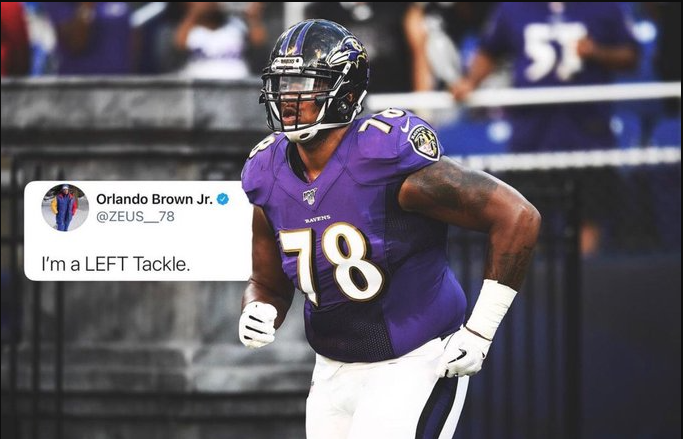 With others standing in front of Brown Jr. in line at the bank, this brings about many scenarios, many are trade scenarios. The 2021 NFL Draft is fast approaching, and with Baltimore’s current cap situation no one should be shocked if Brown Jr. gets dealt by draft day. There are certainly many trade partners lined up if Baltimore opts to trade the young star. Teams such as the Miami Dolphins or Jacksonville Jaguars, who hold a ton of draft capital, are certainly in the market for a cornerstone offensive lineman. After dealing Hayden Hurst last offseason, we all know DeCosta is not afraid to pull the trigger on a big name. Even though Baltimore’s offensive line hasn’t been that good as of late, this could be a move that needs to be made. Regardless of whether he gets traded, or sticks around another year, Orlando Brown Jr. wants to get paid, and he will.