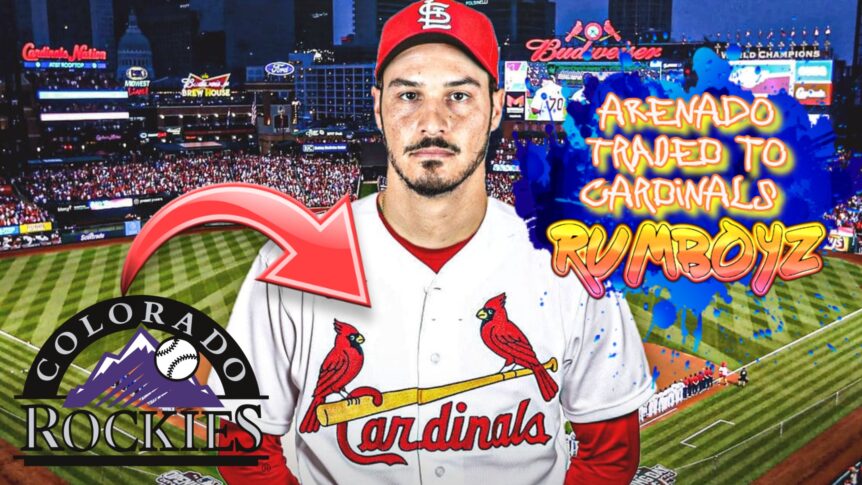 Nolan Arenado traded to the Cardinals

The Cardinals and Rockies have agreed to a trade that includes Nolan Arenado going to the Cardinals. The MLB and players union still have to agree before it becomes official. The deal took months of off-and-on discussion, but the deal really took off when the Rockies sent the Cardinals 50 million dollars so that they don’t have to pay Arenado all of his 200 million dollar contract. If the deal is agreed to, Arenado’s contract would extend him an additional year and add an extra 15 million dollars. He would also have an opt out clause before the trade is agreed to. Arenado has to agree to the trade because he has a no-trade clause, which means he has to agree to a trade before it happens. If the deal is approved then in my opinion this is flat out robbery by the Cardinals.

Nolan Arenado has been with the Rockies since they drafted him in the second round of the 2009 MLB draft. Arenado made his debut in 2013 and every year since his debut he has won a Golden Glove. In 2019 Arenado signed a ten year contract with the Rockies but at the start of the season they were struggling and that picked up the momentum for Arenado to be traded. In the trade that’s in the works the Rockies are getting cash and prospects, but the Cardinals are keeping their top 5 prospects.

The Cardinals also agreed to an 8 million dollar contract with Adam Wainwright recently and Yadier Molina also said he was likely to stay especially if the Rockies ended up getting Arenado. The Rockies were just trying to get out of the Arenado contract and avoid Arenado opting out of his contract. As part of the trade Arenado is deferring money and the Cardinals are adding an opt out clause after 2022. He could also add another year to his contract after 2026. We don’t know exactly what the Cardinals are giving up to get Arenado but in my opinion it was a complete steal. They get a top player and they keep their top prospects. A player in consideration to go to the Rockies is Austin Gomber in addition to some low level prospects. In just over 4,100 at bats Nolan Arenado has 235 home runs to boast about in addition to his multitude of Golden Glove awards.