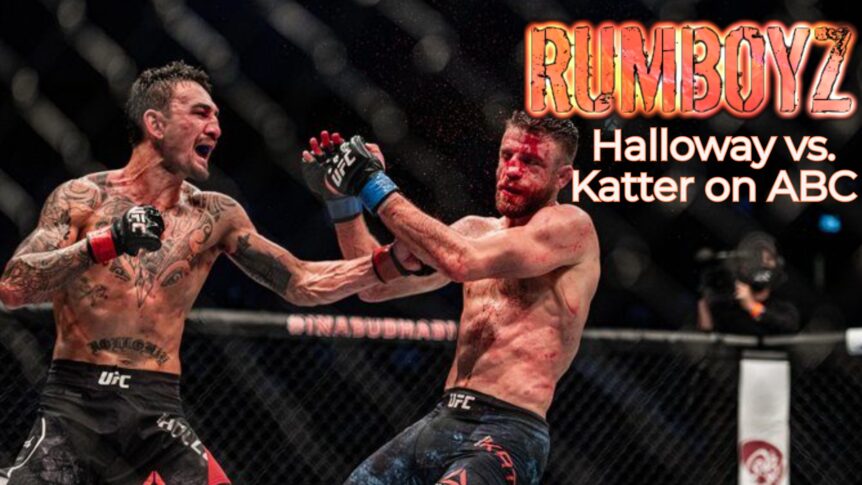 MMA has built a more than respectable audience since the early 1990’s. Even with increasing fandom, it is not a mainstream product, with its events featured on a streaming service in 2021. ABC was a huge window, even if the Main Card began at 3:00PM ET on NFL Divisional weekend. The first 3 fights had highlight worthy 1st round knockouts, sans excessively damaging post-fight ending strikes, which avoided unneeded damage to the losing fighters. The 4th fight had some throwback names in Carlos Condit and Matt Brown that gave fans a classic hard nosed bout. This was a great way to have the card go, that was until the main event.

Max Holloway vs Calvin Katter was a 50-43 beatdown despite not having a single knockdown. Holloway was in such a zone that no featherweight would have taken him out of putting on the performance of a lifetime. In the 5th round he was talking to the announcers while dodging punches without looking. It was a show that fans like myself enjoyed, and Calvin Katter was listening to the referee by staying active when warned the fight was close to being stopped. All parties did their job despite Calvin Katter having no shot to win after the 3rd round, but toughing out the decision loss. 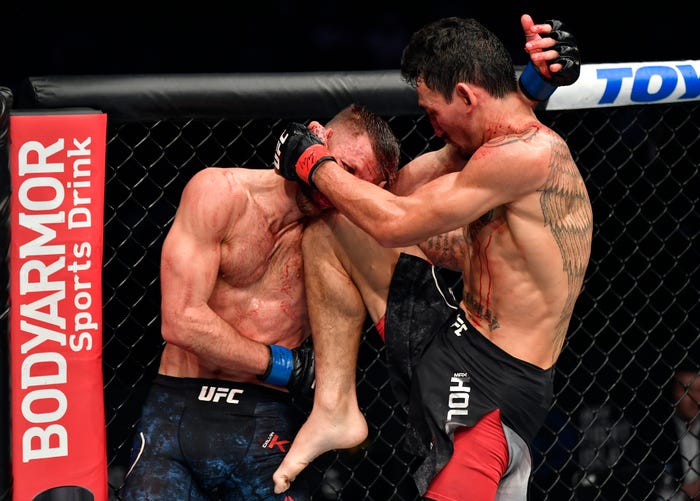 The issue is someone watching their first fight card may have been turned away from the last 2 rounds of the main event, seeing a continuous beatdown that was so one sided. The first-time-viewers may not see the legendary performance Holloway put on, rather they may feel like Katter was treated poorly by having to go through it. It is a tough spot to be in because at no point did Katter want the fight stopped, yet this main event brought out the worst case scenario of being too tough for his own good. The highs and lows of MMA action were all shown in the main event to say the least, and I hope new fans focus on the highs.