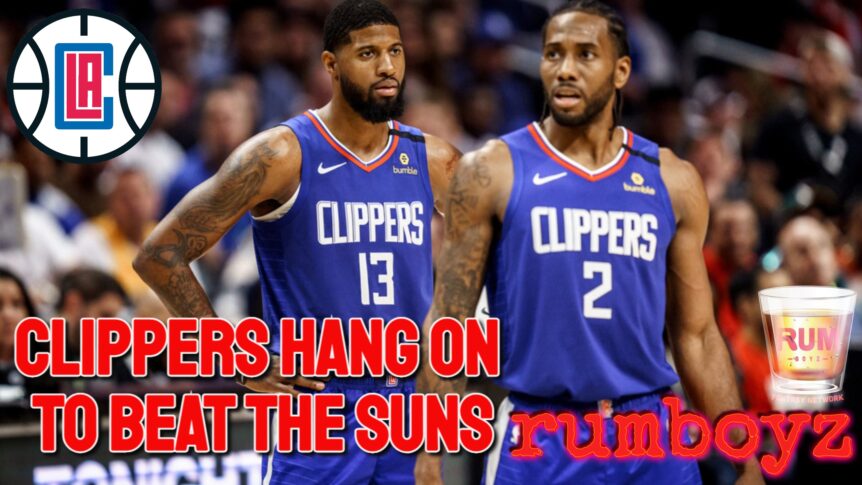 The LA Clippers hold on to secure the win over the Suns.

The Clippers looked like they were running away with their 5th victory of the season. Paul George and company were leading by 31 points in the second quarter and were hitting almost every shot they took. As many teams do in the NBA, the Suns ended up battling back and cut the lead to one point in the 4th quarter. The drive to stay in it started all the way back in the second quarter. Over the final 6:00 minutes of the second quarter the suns went on a 15-4 run.

In the 3rd quarter the Suns dropped 37 points to cut the lead all the way down to 7 points. After a quick 8 points by the Suns, the Clippers lead was cut to one point in the 4th quarter. With 11 seconds left in the game Nicholas Batum hit a 3 to win the game for the Clippers, 111-108. The Clippers are 5-2 to begin the season.

Paul George led LAC with 39 points, and 9 rebounds. George was 15 of 24 shooting and 7 of 10 from beyond the 3 point line. Kawahi Leonard had 15 points, and 6 rebounds, including 5 defensive rebounds. Nicholas Batum had 15 points including the final 3 to win the game for the Clippers. Luke Kennard had 14 points and 4 rebounds. The Clippers will play the San Antonio Spurs on Tuesday night.