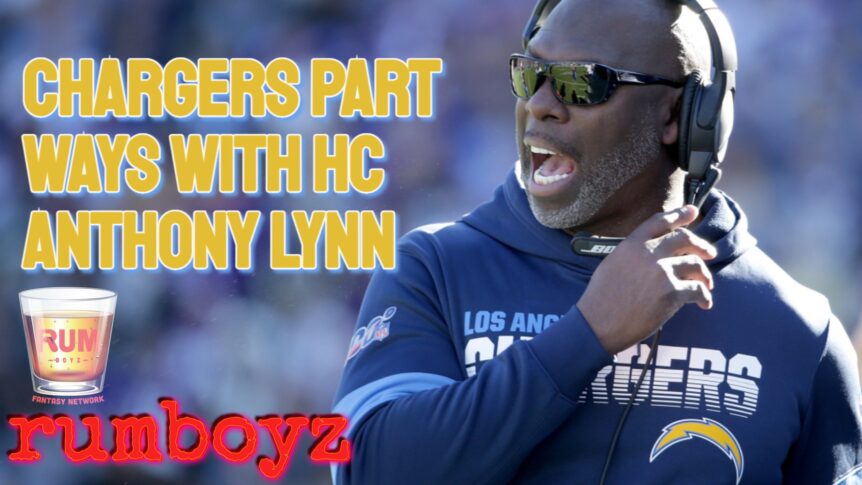 Anthony Lynn has been relieved as the Chargers head coach after 4 seasons. Last season Anthony Lynn signed a one year extension after going 5-11, but this season they went 7-9 . 7 of those losses were by one score. Chargers owner Dean Spanos said that Anthony Lynn made a valiant effort winning the last 4 games of the season. Anthony Lynn ends his tenure at the Chargers with a 33-31 record in the regular season, and a 1-1 record in the postseason.

I think the Chargers had no choice but to fire him. Lynn had so much talent on the roster, arguably the best rookie quarterback that exceeded expectations, and they under performed. As some people might say that’s the players fault, in my opinion you hire a coach to prepare the players, if they can’t execute then that should be on them.  Now the next question is who will be the next coach? I believe it should be Robert Saleh, the defensive coordinator from the San Francisco 49ers.  Lynn was more of an offensive coach and I think the Chargers need to switch it up and put a defensive minded coach at the helm and see what happens. Robert Saleh is one of the best defensive coaches in the game and he has his defenses prepared and always ranked near the top. This would be beneficial for a great and promising offense, especially if they got more opportunities with the football from their defense.