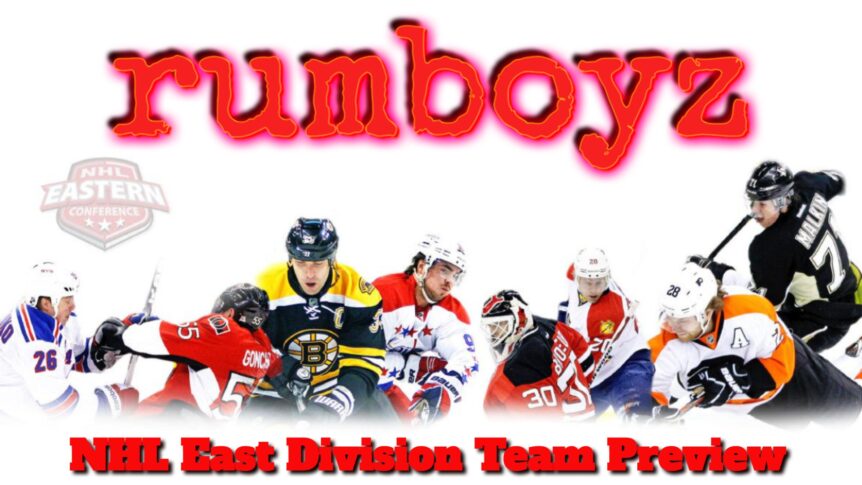 Training camp is starting teams are preparing for the 2021 season, how will the East division go up against each other? In free agency, Buffalo made a splash on Taylor Hall and when healthy he provides immediate offensive production. Jack Eichel has become one of the best centres in the game with amazing play driving ability and high hockey sense. Victor Olofsson had a breakout rookie season and in year 2 will turn out the sameas  he works best on the power-play. Sam Reinhart up to this point stayed reliable hasn’t taken the step up to the next level as a former 2nd overall pick. Eric Staal certainly way better than Marcus Johansson one is younger yes, the other hasn’t slowed down at 36. Dylan Cozens is already NHL ready lines up both the center and wing. Jack Quinn, another high praised prospect uses marksmanship skills. Cody Eakin plays a PK specialist role the rest he sucks at. Kyle Okposo just wastes money regressed since his Islanders days 6 million dollars for a 4th liner. Jeff Skinner the type of on and off good year than a bad year never eclipsed passed 63 points at length $9 million. Rasmus Dahlin has the potential to be the best offensive defensemen out there. The opposite Rasmus Ristolainen can not stay competent statistically the worst. Collin Miller just average Brandon Montour much better. Goaltending just atrocious Linus Ullmark/Carter Hutton sucks. Buffalo made improvements still not enough to be the best.

Nico Hischier the first 3 seasons showed he can play consistently not yet developed into a superstar materiel career with 12.07 GAR, 2.27 WAR and 4.3 SPAR. Jack Hughes the other 1st overall pick had the worst season hopefully he’ll turn into the elite. Andreas Johnsson can return to the 43 points level if healthy. Kyle Palmieri for a long time floor has always been 20+ goals 40-50 points in need of an extension. The same thing follows Nikita Gusev 28 years old was off 44 points campaign $4.5 million. Jesper Bratt contributes a lot to the top six pretty underrated player. 7th overall selection Alexander Holtz brings a goal-scoring game with his touted shot. P. K. Subban’s days are over the contracts don’t help either not ignoring his impact off the ice. Ryan Murray contributes defense a 90 xEVD rating acquired from Columbus. Shutdown pairing beside Damon Severson had xGF/60 61, xGA/60 60, xGF 44.27 and xGA 44.37. Corey Crawford is a great mentor to young upcoming Mackenzie Blackwood. I don’t expect New Jersey to be a force in the right now, for the future yes.

The Rangers landed themselves the sensational talents of Quebec’s finest Alexis Lafrenière franchise cornerstone. Artemi Panarin is the best winger case close 99 xEVO, 92 xPPO, 100 GF/60, CF 57.77% and FF% 58.50. Mika Zibanejad an electric goal scorer he might be ranked tab bit overrated due to poor defense. Chris Kreider is a forward that posses physicality toughest added to the 1st line. This is a prove-it year for Pavel Buchnevich an RFA free agent on arbitration. New York isn’t forced to keep him since Vitali Kravtsov has serious potential 17 points 34 games on a stacked Traktor Chelyabinsk team. Ryan Strome breakout 59 points depending on which line he’s on that production may or not be sustained. Kaapo Kakko an awful rookie 66 games fingers cross better sophomore 2021. Filip Chytil’s development improved can rise surrounded by stronger teammates. Tony DeAngelo possesses skilled offensive ability but the defense does not hold up. Adam Fox much more capable all-around defensemen take responsibility. Jack Johnson SUCKS WHY WOULD YOU DO THIS AT THIS POINT HE IS JUST A MEME. Ryan Lindgren someone that focuses on defense has shifty footwork and physicality. Jacob Trouba is a slump period. Igor Shestyorkin will inherit between the pipes next big commodity Alexandar Georgiev backing him up. The Rangers lots to like the experience isn’t there which will cost them.

Claude Giroux was supposed to be Philly’s best scorer sadly that didn’t’ come to fruition still his prime isn’t deciding. His linemate Jakub Voráček age, not catching up to him either both are the success of this team. Sean Couturier deserved the Selke trophy as one of the best 2-way centers out there. The Flyers paid a hefty price for Kevin Hayes had a bounce-back year also lead scoring in the bubble. Travis Konecny set a career-high 61 points 3rd straight 24 goals year at only 23 years old. After fighting through sarcoma cancer Oskar Lindblom ready to make an impact for sure. James van Riemsdyk aka “JVR” an interesting one good player who can’t fit in which lines a top-six or 3rd liner. Nonetheless, the Flyers are real contenders deep forward depth Morgan Fost, Joel Farabee and Scott Laughton. Don’t write off Nolan Patrick as a bust you can’t control a migraine disorder he’ll get plenty of time. Ivan Provorov the real deal top-20 defensemen easily the #1 “alpha”. Expect big growth coming from Philippe Myers and Travis Sanheim. Adding Erik Gustafsson’s big minute tank fills in the hole Matt Niskanen left due to retirement Robert Hagg cool bottom-pairing defensemen defensive focus guy. Shayne Gostisbehere fell off a clip frequent trade rumour name. Carter Hart showstopper bonafide stud .920+ save percentage lock.

Alex Ovechkin no introduction needed tremendous goal scorer 3rd straight Rocket Richard Future Hall of Famer. Nicklas Backstrom point production dipped and still stayed at 0.89 paces, not bad. Evgeny Kuznetsov faces the exact circumstances of a down year with an above-average 0.83 point per game both centres are in for a pull through. T.J Oshie’s age isn’t stopping a player that is productive on the struggling power play. Tom Wilson different breed of gritty playstyle tough intensity. Jakub Vrana is a bright star in the makings for sure high upside needs to be a more impactful playoff performer. Lars Eller dependable 3rd liner he’ll get you 30 points night out slept on the contributor. The bottom six offence have solid options Carl Hagelin, Connor Shary and Richard Panik chip in. Connor McMichael put a show at the World Juniors one of Team Canada’s standouts would love to see him earn a spot possible taxi squad the AHL doesn’t start until Feb.5.
John Carlson’s best offensive defenseman no argument his defense what lacks the defense losing out on Norris voting his defense is recouping after hiring Peter Laviolette. After Boston’s loss to Tampa big question was Zdeno Chára will retire or resign shockingly the Slovakia agreed with Washington. Even at 43 still has a strong defensive game, great leadership being a former Stanley Cup champion don’t forget the revenge narrative playing the Bruins 8 times. The Capitals acquired a Brenden Dillon at the trade deadline for a rental so they can make the playoffs. Interesting move resigning provides physical presence led 4th in hits other than that nothing much. Dimitry Orlov, a well-rounded defender, does chip in some adding offense. Justin Schultz was a bit too overpaid and signed a $4 million bad 2019-2020 he could spark the light if the pressure isn’t put on. Nick Jensen is meh, Jonas Siegenthaler much better the only youth on this blueline. Henrik Lundqvist undergoes surgery. Ilya Samsonov takes the full-time workload. This is the last year the core is ageing with no direct long-term plan.

Sidney Crosby when healthy does his magic before going down stuck at over a point per game depends on will injuries slow down. In just 55 games Evgeni Malkin had an impressive 75 points more motivated than ever. Jason Zucker was disappointed the last tenure for Minnesota after being traded he turned it around by 15 games 12 points 2 goals during the elimination round. Jake Guentzel likely the #1 goals scorer had a 40 season before. Assuming the injuries do not ramp up a common theme on this team. Everyone hurt, Bryan Rust stepped up 27 goals and 56 points career-high a power-play slot replacing Patric Hörnqvist. Kasperi Kapanen high ceilling skates on wheels, a setback he’s way too streaky hot and cold. Mark Jankowski could turn into something nice with minimal risk if rebound the Penguins in need of a 3rd line center. Teddy Blueger could steal that role and developed nicely, Jared McCann probably moved to the wing. Evan Rodrigues strengthens the bottom six chips in parts. Kris Letang slightly fell off yet good defensemen after all takes the huge workload of 25 minutes per night it the contract not doing well. Brian Dumoulin’s presence shutdowns the flow excellent statistics goes as well xGF 55%. The wave of young defensemen taking over John Marino shows credible potential. Marcus Pettersson a moreover young blueliner in line for increased playing time. Cody Ceci WHAT A JOKE. Mike Matheson unbribable waste. Tristan Jarry, the right goaltender to move on proved brilliant flashes during a stretch earned himself an All-Star nod. Pittsburgh’s window closing in with another ageing core hungry for another run.

Brad Marchand and David Pastrňák might miss time once they are back expecting what 2 of the best wingers do. Patrice Bergeron deserves to wear the “C” captain’s highly gifted 2-way center 4 Selkes now dominates the faceoff. Jake DeBrusk saw high goal-scoring wows but then came off-year 2 years extension gives him to prove consistent scoring. Ondrej Kase must prove his worth David Backes, Axel Anderson and a nice prospect Jacob Perreault was given up. Never played his fullest due to injury plagues. David Krejčí, all-around playmaker both DeBrusk and Kase should benefit from this. Charlie Coyle top-six player there 2 surpassing centres nonetheless top-3 3rd line centres. Craig Smith on the right-wing guarantees 20 goals around 0.30 per game range. Anders Bjork pretty underrated serious breakout ceiling could see some best lines PT. Charlie McAvoy is a superstar don’t be surprised when Norris earns serious votes consideration now the power-play quarterback since Krug is gone. Matt Grzelyck improved both offence and defense great signs. Brandon Carlo does create offense expanded point production opportunities other than no Boston defenseman I trust. Next summer Tuukka Rask and Jaroslav Halak are free agent interesting situations to watch. The Bruins are finishing top Phillpehea to accompany they require defense and goaltending stepping up.