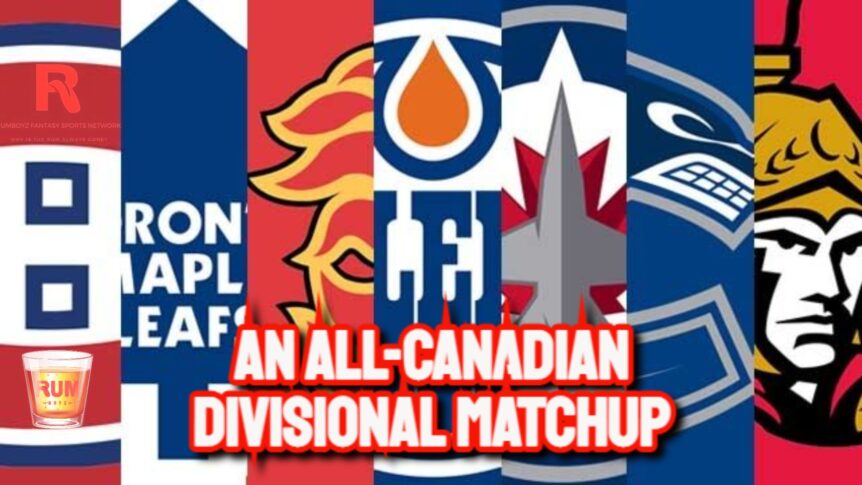 The new season is set to begin January 13th, on return to play with 56 games and ends in early-May while the postseason wraps up mid-July. With travel restrictions in and out of the US/Canada border, a Canadian division will be played out combining the 7 teams. The rivalries now become more intense as Battle of Alberta and Montreal/Toronto are now must-watch. In the Playoffs format, the top-4 teams from each of the four divisions qualifies thus winning your division guarantees a 25% at the whole thing. This absolutely goes in favour for the Canadian teams. Canada is ever close to bringing one home since 1983. Rosters are expanded with extra 4-6 taxi squad slots with players earning AHL salary while receiving NHL benefits.

This is the easiest team to predict. Everyone can agree the Ottawa Senators are indefinitely finishing bottom last. A young team that has promising youth but for now expect them not to play well. Brady Tkachuk does deserve the credit. He is an animal that gets under players’ skin and stands up for any scrums. Getting more experience signing Evgenii Dadonov adds major offensive firepower only at $5 million is a steal. Had a career-high 70 points and 28 goals during the 18-19 season to strengthen the power-play unit as seen for Florida. Connor Brown came off 43 points to continue the trajectory. Alex Galchenyuk at only 26 still finding a home at only $1 million no risk here.

Down the middle, there isn’t a definitive answer on who is starting Colin White, Chris Tierney, Josh Norris, Artem Anisimov, or Connor Brown. Auston Watson, Tim Stutzle and Nick Paul are coming as wingers. Watch for Drake Batherson or Alex Formenton both could make the lineup too. Thomas Chabot is a top-20 defenseman with a better pairing which would make the case even better deserved the big contract. Nikita Zaitsev just isn’t good at $4.5 million for nothing on an even worse modified NTC. Erik Brännström a tremendous talent shows upside currently playing under SCL Tigers in Switzerland. Josh Brown 6’5, 217 pounds uses the physicality to play gritty still not a top-4 option. Jake Sanderson’s potential as an agile puck-moving defenseman sits high defensive game needs a bit more touch. Acquiring goaltender Matt Murray made sense someone who took a step down but is really young at 26 has plenty of time.

Centerman Elias Pettersson came on the scene with a back-to-back 66 points season the hype around him is through the rough superstar in the makings. J.T Miller finally gets the recognition after a breakout year with 72 points after being traded to Vancouver . Bo Harvat’s first season as captain came in strong for 4th straight seasons scoring 20+ goals, difference-maker during the playoff. Harvat’s linemate Tanner Pearson finally stayed healthy both had amazing chemistry offensively while shutting down the other teams’ best. It seems as Brock Boeser’s name is always on the block this makes no sense at 23 years old plays a part in the young core. Jake Virtanen another intriguing player, former 6th overall pick disappointed so far. Tyler Toffoli left in free agency Vanocuver hopes Virtanen becomes a contributor to the top-six. Loui Eriksson and Brandon Sutter do not belong to high reliability. Tyler Motte’s role is increasing the bottom-six needs more explosiveness upfront, Adam Gaudette should see the same. Adding Nate Schmidt, a versatile blueliner who plays offence, defence, PP and penalty kill replaces Chris Tanev. This compliments Quin Hughes better, a Cannucks also finding the second deal which he worked for. Tyler Myers and Alexander Edler provide good vetran leadership. Other than that there are no clear locks on the bottom pairing a competition between 3 Jayce Hawryluk, Nils Hoglander and Olli Juolevi. The crease is in the hands of Thatcher Demko signing Braden Holtby has minimum worth,1A/1B situation.

The Habs team improved drastically over the offseason Marc Bergevin made moves improving the roster reports still came one he is not even done Adding Jake Allen as an actual backup that can start games puts less weight on Carey Price, one of the best tandems out there. Much needed help on goal scoring turns previously mentioned Tyler Toffoli upfront last season he totalled 24 this would lead Montreal. The Josh Anderson and Max Domi trade are a bit risky. A long-term extension for Anderson is alright. Down the middle there plenty of depth if he can put up 20+ goals then worth it. Phillip Danault an excellent 2-way centerman, always had Selke votes. His role is still 1st line centre over the flank with Tomas Tatar and Brendan Gallaghers the top-line stays the same. Ryan Suzuki had an amazing rookie campaign showed up at the bubble taking another leap sophomore year. Jesperi Kotkaniemi went back to Finland and played 10 games, producing 8 points and exciting upcoming talent. Jonathan Drouin when healthy is really good at hockey talented star. Micheal Frolik had a down year in past seasons totalled 15+ goals valuable bottom-six finisher on team-friendly contract. Montreal runs a committee scoring system just as effective as having a #1 scoring option 8 all-around selections. Joel Edmundson strengthens the right side lays down hit other than Ben Chariot. Shea Weber shuts opposing players hard hitting style. Alexander Romanov might jump into a top-four role by the end of the year the potentiel is high. Brett Kulak is pretty one dimensonal only an offesive touch I’d pefer Victot Mete. One of these guys are getting called up from Laval Jesse Ylönen, Joseph Blandisi or Poehling.

Having Paul Stastny back fixes the number 2 centre need and had a part in the Jet’s 2018 season making a deep playoff run. Nikolaj Ehlers dynamic forward runs speed through the zone was 3rd for shots on goal. Patrik Laine is an excellent sniper player running back Ehlers-Stastny-Laine line worked flawlessly before but someone like him deserves 1st line minutes. Kyle Connor stays the same Blake Wheeler bumps down Laine the winger I’d rather have alongside Mark Scheifele. Nevertheless, the Jets’ top-six on the ice arises the NHL finest outing 6 forward threats. The duo of Adam Copp and Adam Lowry provides a shutdown operating the third line if Jack Roslovic resigns that solid line. Kristian Vesalainen this season dominated overseas HPK Liiga has a wild card chance at the starting lineup. Jansen Harkins, Mason Appleton, Mathieu Perreault give offense from the bottom-six. Winnipeg blueline not all that great I do think after 1-year things will get better. Josh Morrisey/ Dylan Demelo is your defense first pairing that slows down puck movement. Neal Pionk will be the offensive threat someone shouldn’t work the other end. Adding Derek Fobert helps out the core plays similar to long-time favourite Dustin Byfuglien’s huge size going upfront played with Drew Doughty before. Bringing back Nathan Beaulieu for another year brings servable LD. There plenty of youth, Dylan Samberg, Sami Niku or Villie Heonoila promising defenders. If this team plays well Connor Hellebuyck factors in the one carrying the whole blueline.

I’ve talked about the Leafs here in past articles, just a rundown of the roster addressed grit as an issue with so much skill. Wayne Simmonds’s tough bruiser doesn’t back down from a fight and brings way more scoring than Kyle Clifford. Joe Thoroton may be old, he has tons of experience and made it to the Stanley Cup finals before. Jimmy Vesey can be a 20 goals scorer on the bottom six. I am a big fan of Nick Robertson won’t playing for team USA meaning he is committed to making camp on bottom tix with Alex Kerfoot or Jason Spezza. We know what Auston Matthews, William Nylander, Mitch Marner and John Tavares will perform. Zach Hyman plays a significant part that stays consistent at most. The Soup Ilya Mikheyev looks to make a mark on the roster after signing the extension. Frederik Andersen has somewhat a chip on his shoulder that either he makes a comeback or continues poor play will be expensive to keep.

Chris Tanev replacing T.J Brodie perfectly had some injuries when healthy strictly focused on defense shutdown duo besides captain Mark Giordano. Former 5th overall pick Noah Hanifin showed offensive upside other than not much happened the potential is still there. Rasmus Andersson’s role will involve more than 20 minutes per night subtitles Travis Hamonic. Recovering from Juuso Valimaki dominated Liiga since then a high potential piece. Big-name Jacob Markström sure up the goaltending even through starting 43 games that were enough for 4th place Vezina votes. Matthew Tkachuk’s huge pest play driving winger power-forward style makes him a remark. 58 points seem nice for Johnny Gaudreau’s standards that a down year must rebound 2021 Sean Monahan regressed did not look like the best center at all. I’d prefer Elias Lindholm move to the centre and can handle tougher matchups if Calgary’s top-line gets back to 18-19 form that is a formidable force. Mikael Backlund’s 2-way centre in the middle is consistent with 40 points. Andrew Mangiapane extremely underrated slept on Dillon Dube had a spectacular playoff showing 2 young forwards on the come-up. Sam Benett and Milan Lucic are not just trustworthy and could show flashes and that it

Connor McDavid and Leon Drasaitl need no introduction just 2 generational superstars expect 100+ points from both. Ryan Nugent-Hopkins’s versatility maximizes the high-powered second-line multiple positions. Kailer Yamamoto’s 27 games impressive stretch uses quick hands fast speedrunning the break. Kyle Turris is not the same since Ottawa provides more offensive depth 3rd line centre. Jesse Puljujärvi’s character matured the problem that went sour now he’s focused on the game’s big leap forward. James Neal’s streaky winger goes hot and cold mainly the power play producer most of his goals came from. Tyler Ennis top-9 role chips in some offense when fully healthy. Dominik Kahun internationally teammate with Draisaitl’s high chance of playing on the top-six fellow German. As a Leafs fan, Tyson Barrie isn’t a grinder not trustworthy logging significant minutes terrible defense this is important when Oscar Klefbom is missing the season on LTIR now. Darnell Nurse offensive 5v5 worker lays down the gloves sometimes must step up the defense not quite. If Ethan Bear could take the second leap no doubt the #1 defensemen then capitalizing the second contract. Caleb Jones for now is a top-6 for sure. The question is can he make the top-4 another wild card on hand small possibility. Evan Bouchard or Philip Broberg prospects if impressed could make the cut. Goaltending big issue Edmonton did not even address it going the same tandem two old Mike Smith and Mikko Koskinen that not winning games