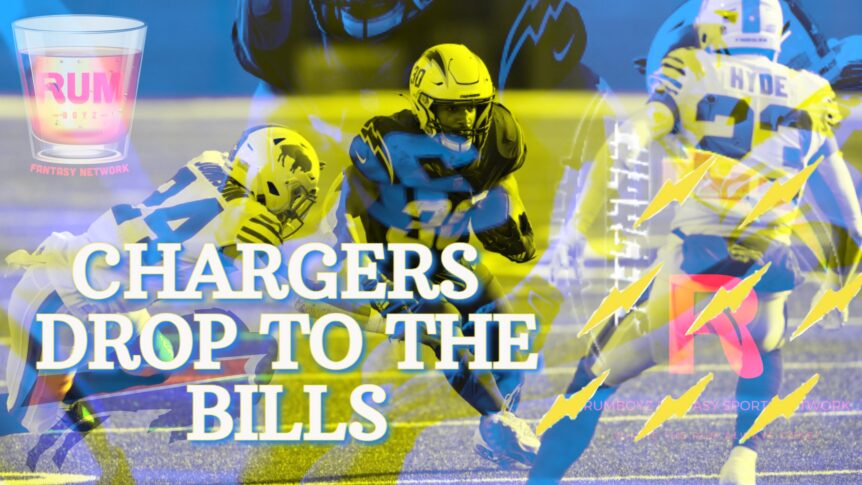 The Chargers started the contest with a familiar 3 & out. The Buffalo Bills took  advantage and scored on a 2 yard touchdown pass from Josh Allen to Dawson Knox to give the bills a 7-0 lead on their first possession of the game. On the Chargers second go with the football they had a 13 play drive that went 75 yards and ended with a 5 yard touchdown pass from Justin Herbert to Keenan Allen. The Chargers kicker, Michael Badgley, missed the point after to make the score 7-6 in favor of the Bills. With the score Keenan Allen hit 7 touchdowns on the season, his second highest mark since his rookie year when he finished with 8 scores. 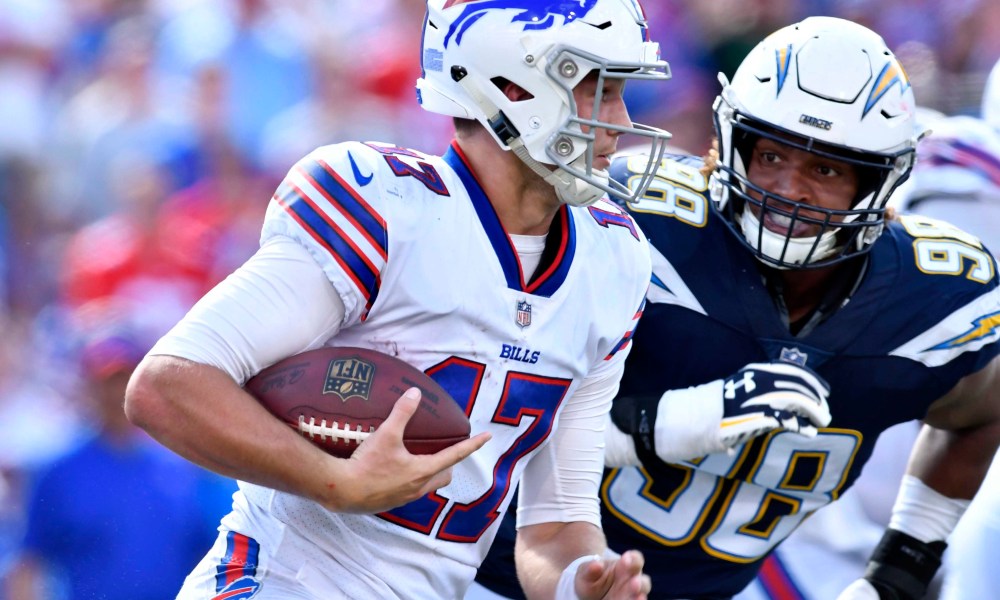 To start the scoring in the second quarter the Bills got into the painted zone on a Josh Allen touchdown pass to Gabriel Davis which made the score 14-6 with the Bills on top. The bills made a 45 yard field goal to make the score 17-6 later in the quarter. Joey Bosa had a great first half with five total tackles, three quarterback hits, three tackles for loss and two sacks, but the Bills would have the lead heading into the locker room at halftime and would also get the ball to start the 3rd quarter. 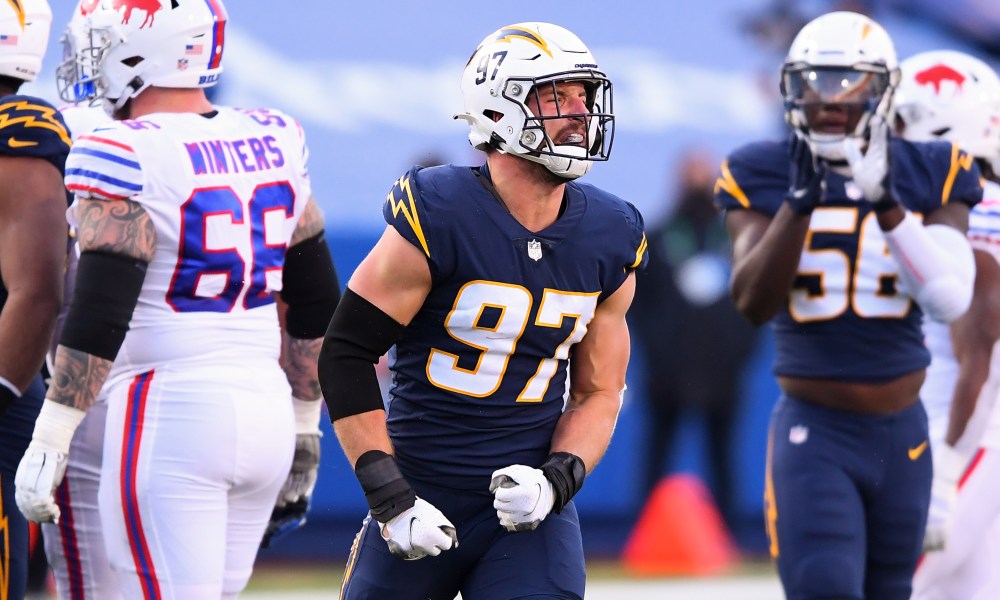 The Bills had the ball to start the second half and once again took advantage on a 12 play 57 yard scoring drive making the tally 24-6 Bills. On the Chargers next possession they went 10 plays 67 yards and Joshua Kelley scored on a one yard run. The chargers went for 2 and were successful making the score 24-14 in favor of the Bills. During the third quarter Joey Bosa accumulated his 3rd sack of the day passing Junior Seau for 5th all-time in Chargers history. The 4th quarter began on an all important down and distance for the Chargers. 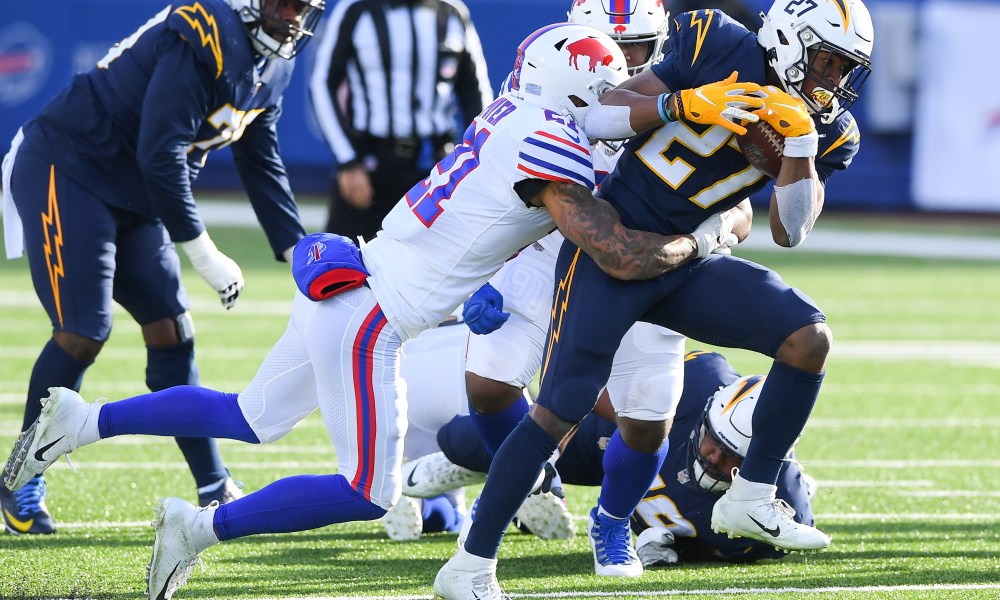