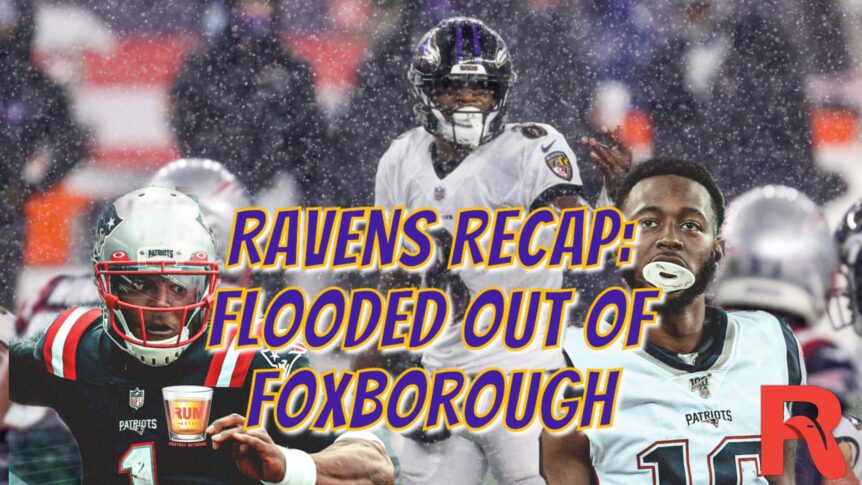 The Baltimore Ravens took to primetime on Sunday against the New England Patriots. Along with the spotlight, came terrible weather. The weather forecast called for heavy downpours on Sunday night, but the conditions for this game was monsoon-like. It got so bad that at one point, it was difficult to even see the play on the field. With this being said, it doesn’t account for the Ravens’ sloppy performance. The Patriots, who had to deal with the same conditions, and executed almost flawlessly. As for the Ravens, the snaps from Matt Skura were all over the place, and balls were being dropped constantly throughout the game. Eventually leading to a Ravens loss.

As for the rest of Week 10, it wasn’t the most star-studded of weeks. The Football Team and Lions surprised fans with a game that went down to the wire, which ended with Matt Prater booting a 59-yard field goal through the uprights to secure the Lions’ first win at Ford Field this season. Of course, there was also the battle of rookie quarterbacks, Justin Herbert and Tua Tagovailoa. This was quite a competitive game, but Tua led the Dolphins to the win, outdueling his rookie counterpart for his 3rd straight victory. However, the best game of NFL Sunday had to be the clash between MVP candidates, Josh Allen’s Bills vs. Kyler Murray’s Cardinals. Boy, was this a fun one? The Cardinals would ultimately come out on top, but not without some drama. After what appeared to be a game-winning drive from Josh Allen, Kyler Murray took to the field to make one of the best plays of the year. With 11 seconds left and pressure coming from his right, Kyler Murray rolled to his left and launched an absolute dime into the end zone for DeAndre Hopkins. Hopkins proceeded to moss Tre’Davious White and fend off two respectable safeties in Jordan Poyer and Micah Hyde. Wow!

Now that we’ve gotten an overall overview of the biggest games of Week 10, let’s get into the key outcomes and points from the Ravens 23-17 loss against the Patriots on Sunday Night.

Horrendous Play from the Center:

Before I get into this, I would like to address some of the Ravens’ fanbase. If you were one of the “fans” that sent hateful and threatening messages to Matt Skura’s family, SHAME ON YOU! Criticism is one thing, but there is no need EVER to take it to the next level and send threats. If you are one of these so-called “fans”, please check yourself. 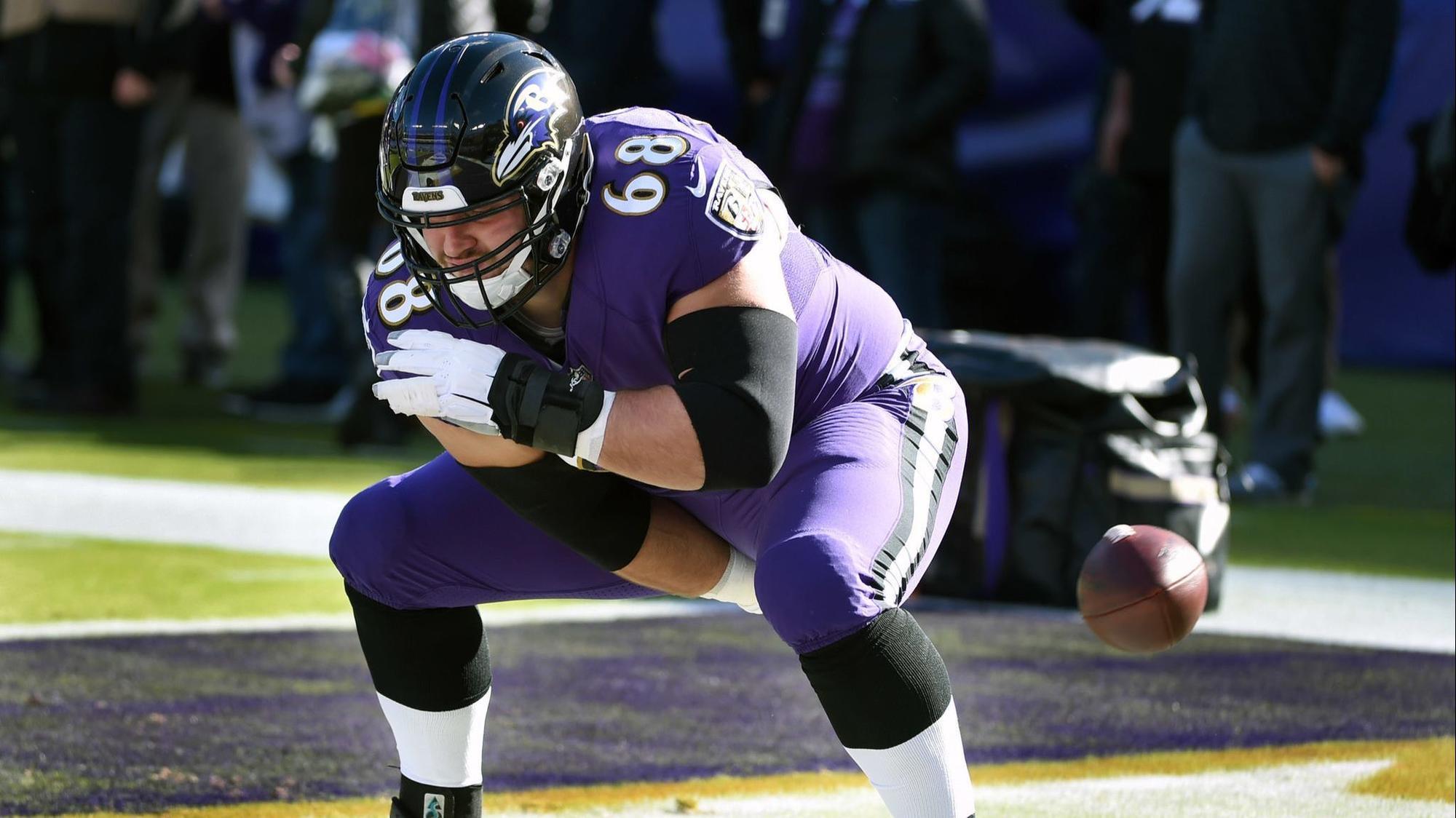 Now, onto the center play. With all due respect to Matt Skura, this was one of the worst played games from a center I’ve seen. I get it. He had an injured hand and there were torrential downpours, but the Patriots center seemed to manage just fine. I’ll throw a small bit of blame on Harbaugh here as well. You shouldn’t be playing Matt Skura at the center position if it’s clear he isn’t 100% at the moment. Patrick Mekari, who has been a very solid fill on the offensive line, has experience at center. When he took over that spot for Skura on Monday Night last season, he was a big part in neutralizing Aaron Donald. I expected Harbaugh to make this switch come the 4th quarter, but alas, he didn’t.

This contributed greatly to the loss on Sunday, but no loss ever is out on the shoulder of one player. It’s a team game and even though there were many botched snaps, there were certainly other areas of the game the Ravens could have improved on.

To start, shout out to Lamar Jackson and Gus Edwards of course, they are almost always on top of their game, but also Willie Snead and Devin Duvernay, who stepped up by getting open, hauling passes, and for Snead, getting in the end zone twice. Snead has shown that he can be the #1 receiver for Baltimore, at least for the time being. As for Devin Duvernay, please get him more involved, Harbaugh. Yes, we used a first on Hollywood Brown in 2019, but Devin Duvernay is outplaying those ahead of him on the depth chart, namely Miles Boykin and Hollywood Brown. Time to move that from a 50% snap share to an upper 80% snap share.

Now for the rest of the offense. Very stagnant. Starting with the player who’s been getting the most criticism, Marquise Brown. The receiver who took to Twitter to express his frustrations about not getting used certainly got used on Sunday. 6 targets, yet only 2 catches. I’ll discount the Lamar interception, as that was a foolish throw that threw a minimum of 3 points away, but 5 targets with just 2 catches, is not good for a former first-round pick. I’m hopeful Marquise can turn this around and have a breakout game next week against a subpar Titans defense, but no more excuses.

Next on the chopping block is Greg Roman. LET GUS ROLL! Gus Edwards got just 7 carries but was able to rack up 42 yards, 6 yards per carry. The other running backs, Mark Ingram and J.K. Dobbins both received 5 carries, but totaled 5 and 13 yards…terrible. Gus should’ve gotten a minimum of 10 carries on Sunday, and with the weather conditions and the way he was making defenders miss in the open field, he deserved at least 15. Lamar was efficient through the air, but when it’s pouring rain, Gus should’ve been used a lot more.

Is this how 49er fans feel? It seemed like every other play on Sunday, the Ravens were spinning the wheel of injuries. The most devastating one came halfway through the 3rd quarter. Nick Boyle after leaping for the catch, took a gruesome hit, and you could immediately tell it was a season-ending injury. The Ravens, who were already on thin ice at the tight end position, lose quite possibly the best blocking tight end in football. Maybe there’s a Delanie Walker signing sometime in the future?

The Ravens also lost a big-time run-stuffer in Brandon Williams early in the first quarter in this past week’s game. There was a major piece that was missing without him, as Damien Harris and Rex Burkhead torched the Ravens defense almost the entire game. With the Tennessee Titans and Derrick Henry squaring off against the Ravens next week, this is a big-time problem, as it appears Williams is out for at least one week and there is continuing uncertainty on the status of Calais Campbell.

The Ravens would go down with a total of six injuries in this game alone. Nick Boyle, Brandon Williams, Derek Wolfe, Marcus Peters, Marlon Humphrey, and Terrell Bonds all went down with injuries, damaging the defense the most. Although some of these players returned to the game, it’s quite possible that the majority if not all of these players will be listed as questionable for Sunday’s game.

If there was one pinpoint reason for the Ravens loss on Sunday, it has to be the countless penalties this team committed. We saw our weekly illegal formation, numerous holdings, and stupid penalties like unnecessary roughness called for penalties. From Week 1, this team, mainly the offense, has been undisciplined and uncoordinated. Stupid penalties like the ones on Sunday is the reason teams lose games. It felt like whenever there was a big play, it was killed with a penalty. The offensive line is a big reason for these penalties. After 10 weeks, they continue to work out kinks and are not rhythm. They have committed a total of 18 penalties for 128 yards, the 3rd most penalties among all offensive lines. 10 of those come from holdings, which is 2 above the league average, and 3 being illegal formations, about 2 above the league average. It’s beginning to become a mental problem at this point. Joe D’Alessandris needs to get this group together and figure this problem out. It’s becoming ridiculous at this point. 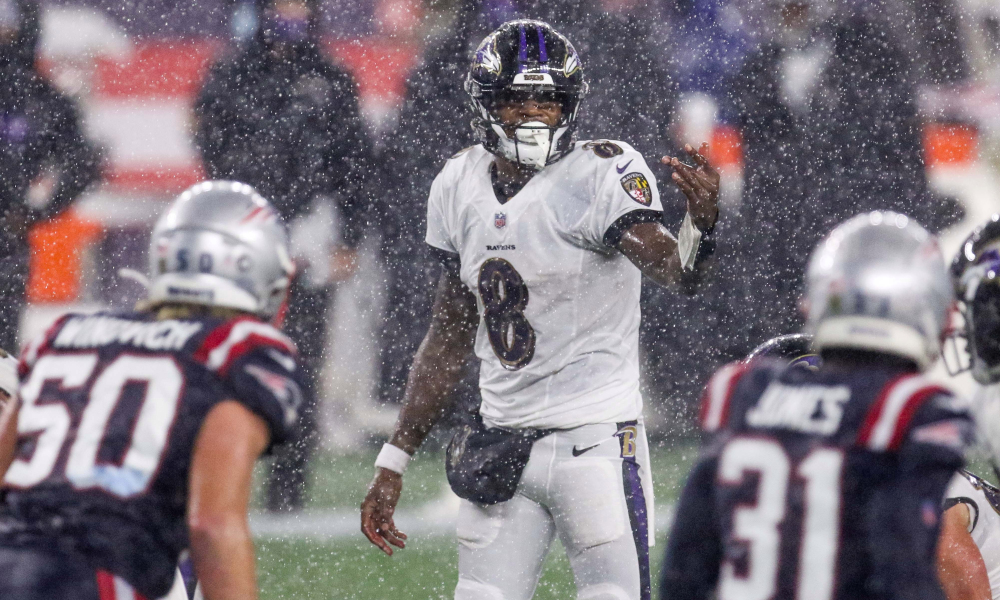 Ultimately, it’s quite clear this was one of the sloppiest games the Ravens have played all season. The countless penalties, stupidity, and incompetent play calls at times led to the Patriots and Bill Belichick pulling off the win at home. This was a devastating loss for Baltimore because not only is it a game they should’ve won, but it now puts them 3 games back of Pittsburgh in the division. Winning the AFC North is nearly impossible at this point, now they’re focusing on having to MAKE the playoffs. Time to move onto Tennessee, where hopefully Campbell and Williams miraculously make returns to help in the task of stuffing Derrick Henry upfront. It will be a tough game, but the Ravens have an uphill battle ahead of them. Regardless, it could be a fun higher scoring duel.