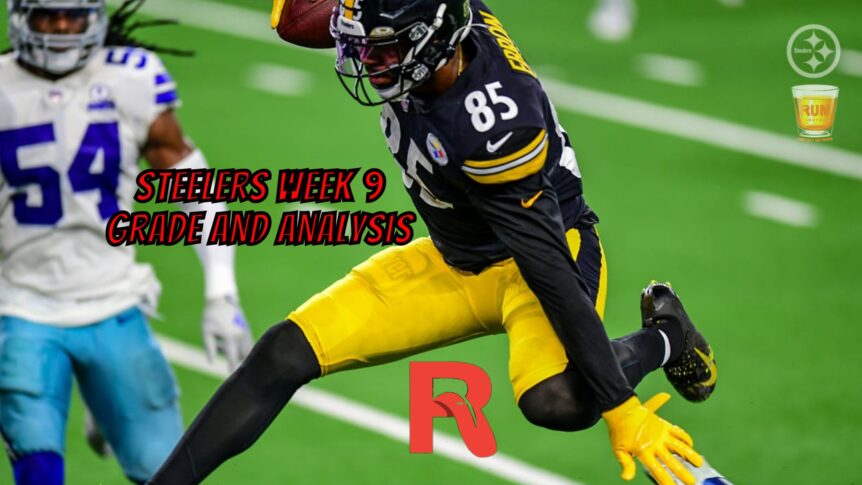 The Pittsburgh Steelers took on the Dallas Cowboys this Sunday, and they barely squeaked out with a win. I will convey my strong opinions of this team as I normally do, but even more so with this recent performance.

Big Ben had an up and down game. He struggled early, missing a couple of throws, albeit he wasn’t helped as receivers dropped passes left and right early on in the first half. In the second quarter, Roethlisberger and the offense started finding a rhythm. Their last three drives resulted in a punt (due to a crucial Diontae Johnson drop on third down), a touchdown drive, and a Field Goal after Dallas fumbled. They earned -2 yards on that drive as Mason Rudolph took over after Ben was in the locker room with a knee injury. 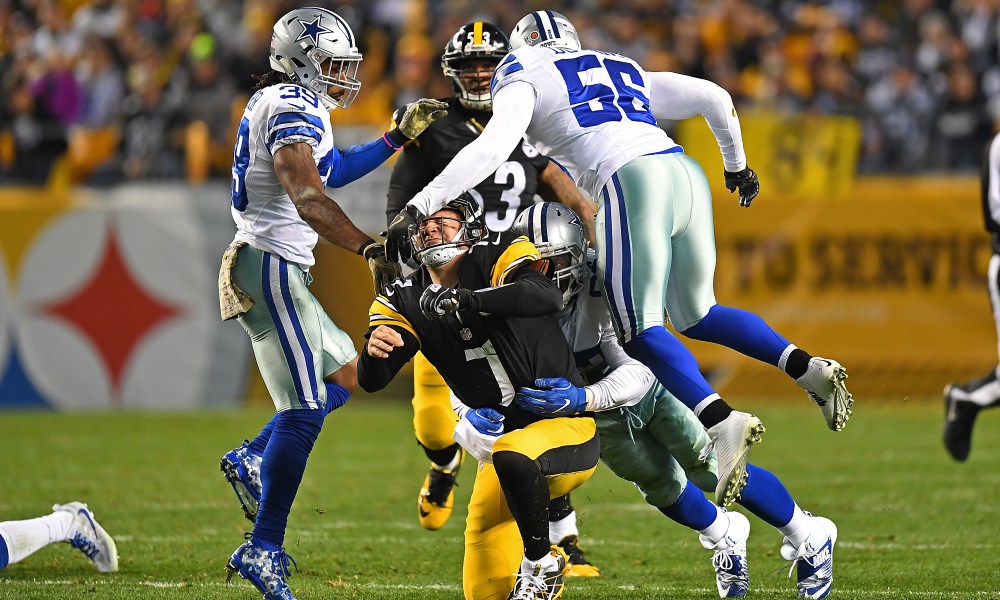 On the first drive of the second half, Ben missed James Washington on third down on what should have been a big play and almost threw an interception instead. Ben led the Steelers to a touchdown, a field goal, and another touchdown in their next three drives, mostly via short passes. Other than in the first 20 minutes and a missed throw on third down in the third quarter, Ben was right on the money the majority of the time. Without Ben Roethlisberger, the Steelers would not have won this game, and sure as hell would not have beat Burrow and the Bengals, who happen to be their next opponent on the schedule.

Something of note is that when James Connor ran, it was to the left side. When Snell ran, it was up the gut, and when McFarland ran, it was to the right side. I’m going to assume this is by design, and it was a stupid idea. Way to let the defense know what the play is, idiots. Randy Fitchner is probably the most uncreative play-caller I have ever seen. The Steelers have capable WR’s in Diontae Johnson, JuJu Smith Schuster, and Chase Claypool that can all get involved in the running game, and in a fourth and one scenario, it’s a run up the middle with Benny Snell. What the actual ($#!+!)

The playcalling was not creative in the entire first half; it was bland. It begged the opposing defense to capitalize on that. I am disappointed that Fitchner was not fired at halftime. This ($#!+!) isn’t going to fly versus rookie phenom Joe Burrow and the Bengals great offense, although PIT has owned them for the last 3 decades, so they should win anyway.

Awful. Terrible. Outrageous! A hot mess, inside of a dumpster fire, inside of a train wreck, as Jake Tapper would say. The running game never got a chance because of the awful blocking. Ben Roethlisberger got killed consistently, and it’s a miracle that they won despite the O-line.

Early in the game, he dropped what would have been a touchdown on third down. He also had 1 or 2 other drops, but he redeemed himself to an extent with his team-leading 8 receptions, and 69 yards (nice), which was third on the team. That missed TD catch hurt, but he made a big enough impact to prevent getting chewed out in this article. Claypool did struggle to create separation in this game, only getting 3.42 yards of separation per play, which is only slightly above league average on a high-powered offense.

I am convinced he has Minecraft bricks for hands. He too dropped several passes, particularly in big moments, but came back with a 6 reception, 77-yard game. Diontae is the number 2 receiver, so he needs to fix this issue because if not, Chase Claypool will run with the opportunity to be the right-hand man to Juju Smith-Schuster. Diontae did create separation though, creating a whopping 4.46 yards of separation per play, about 1.5 yards above league average.

Pay this man! He has actual hands unlike Johnson and Claypool, and in the second half was a big part of the offense, in multiple ways. Not only did he directly help out the team with his catches, but those catches also led to him facing stricter coverage, which allowed other receivers to feast. Juju also created some quality separation, with about 3.7 yards of separation per play, despite having all the attention on him.

I have mixed feelings about the defense. In the pass rush, the Steelers were dominant as usual, with their four pass-rushers (Tuitt, Heyward, Dupree, and Watt) well above league average in average separation from QB per play. However, the run defense was subpar, particularly to the left side consisting of Bud Dupree and Stephon Tuitt. Dallas had their will, with 79 yards on only 13 plays, an average of just over six yards per rush when they ran to the left side.

Robert Spilane was explosive at times, getting into the backfield and bringing plays to a screeching halt. He did allow a catch or two, but overall a splendid performance from the Pro Bowl linebacker, who is starting in place of Devin Bush.

Vince Williams had a great play or two in the run game, however, in the passing game, he underperformed significantly. He surrendered several catches that went for five or more yards, which in many cases changed drives for the worse for the Steelers defense.

And again, the Steelers secondary is not good, for those who have not gotten the hint already. Minkah Fitzpatrick was nowhere to be seen most of the game, which is not a bad thing considering how he has played this year, but it certainly is not a good thing either. He did end up getting a game-changing interception, taking advantage of a poor decision by Garett Gilbert to throw the pigskin into the endzone with no open targets. 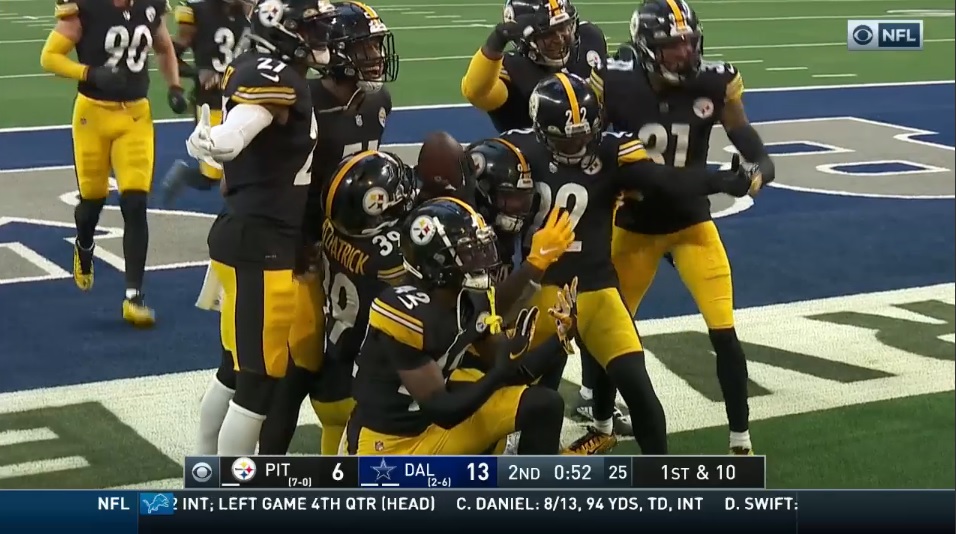 Steven Nelson and Joe Haden have performed extremely poorly this year but were only half-bad this game. I even gave Haden a positive mark for this game, something rare for him, but don’t worry it will be in the deep negatives again next week. Oh wait, Terrell Edmunds played in this game? I had no clue, as you wouldn’t know it. He was chilling on ghost mode I suppose.

Just an FYI, you are allowed to tackle on kick returns. Also, the goal is to BLOCK so that you can return punts and so the opponent DOESN’T block your field goals. This is some amateur ($#!+!). Please. Get it together, or you’ll somehow miss the playoffs despite being undefeated at this point. That would truly be a Steelers’ thing to do, considering all their late-season collapses this decade. On a high note, Boswell set a record for the longest kick in Steelers history.

I am giving no mercy. The performance was abysmal. However, I will say, the Steelers always play down to their opponents, so people doing power rankings, trying to tweet bangers, or come up with the hottest takes ever, it’s not accurate to say we are trash because of this game. And also we have defeated the 4-1 Browns, 5-0 Titans, and 5-1 Ravens, because people (not naming any names, but Ravens fans) seem to forget that.

For Steelers, Reds, Louisville Cardinals, MLB, and nerd troll stats content, follow my Twitter @TejayAntoneStan. For whatever random stuff I decide to post on Instagram, follow my IG @RumboyzEricTS, and I’m new to the platform so I apologize for the lack of knowledge of what the hell I’m doing on there.