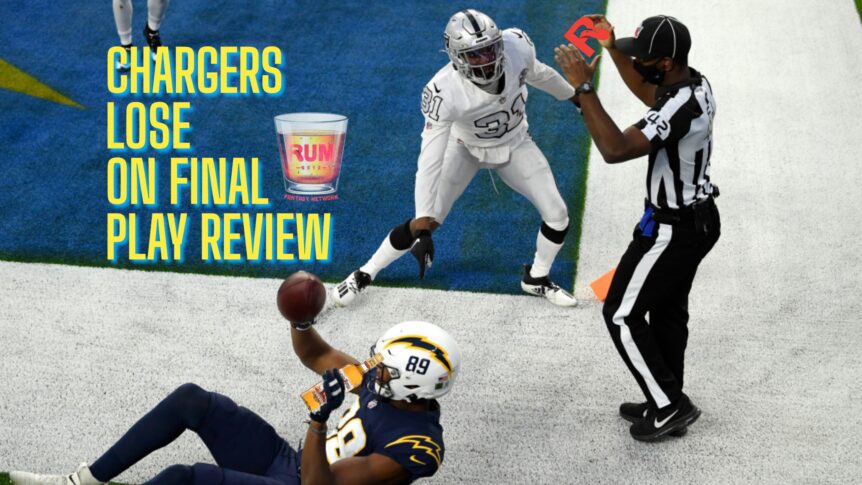 Both teams started the game with drives that ended in punts. The Chargers second possession led to a Michael Badgley missed 48 yard field goal. The Raiders scored first with a 28 yard touchdown run by Devontae Booker to make the score 7-0 Raiders. Justin Jackson left the game momentarily due to injury, but returned shortly after and then left again, apparently aggravating his knee in the pre-game warm-up. Keenan Allen had 4 catches for 50 yards at the end of the first quarter.

To start the second quarter the Chargers had the ball and Kalen Ballage, who replaced Justin Jackson in the backfield, ran it in for a 5 yard touchdown to tie the game at 7 a piece. 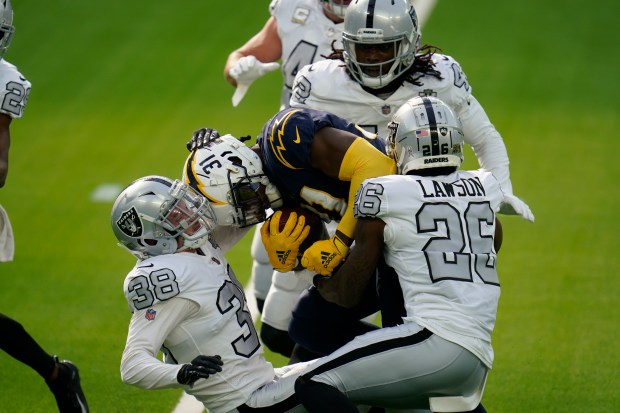 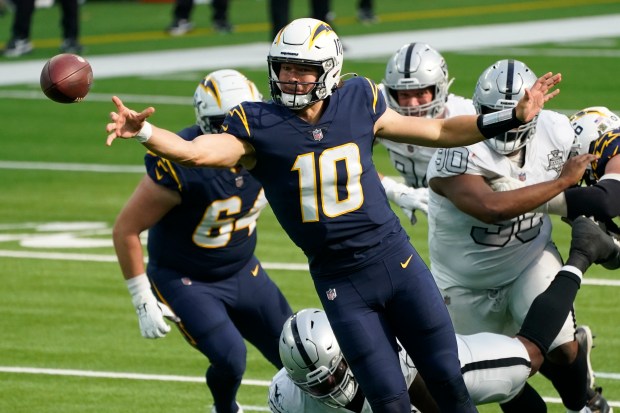 the Raiders had the ball to start the 3rd quarter and Derek Carr eventually found Nelson Agholor for a long touchdown pass to make the score 21-17 Raiders. The Chargers were forced to punt on their next possession. Derek Carr found Darren Waller for a touchdown to make the score 28-17 on the ensuing drive. Then the Chargers  drove down the field and converted on a 29 yard field goal from Michael Badgley to make it 28-20.

The Raiders started the 4th quarter with a punt. On the following possession the Chargers scored thanks to a 4 yard catch by Gabe Nabers to make the score 28-26. The Chargers went for 2 and missed on the opportunity to keep it 28-26 going down the stretch. The Raiders later in the quarter converted on a field goal to make the score 31-26. The Chargers had a chance at the end to win it. They had a touchdown scored with no time left in regulation, but as for all scoring plays, it was reviewed, and then overturned leaving the Chargers with another heartbreaking loss. 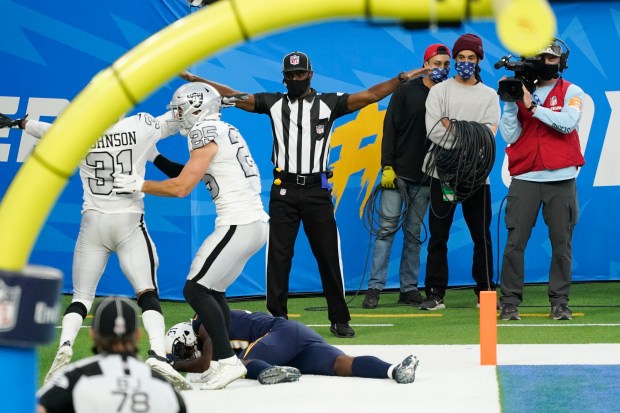