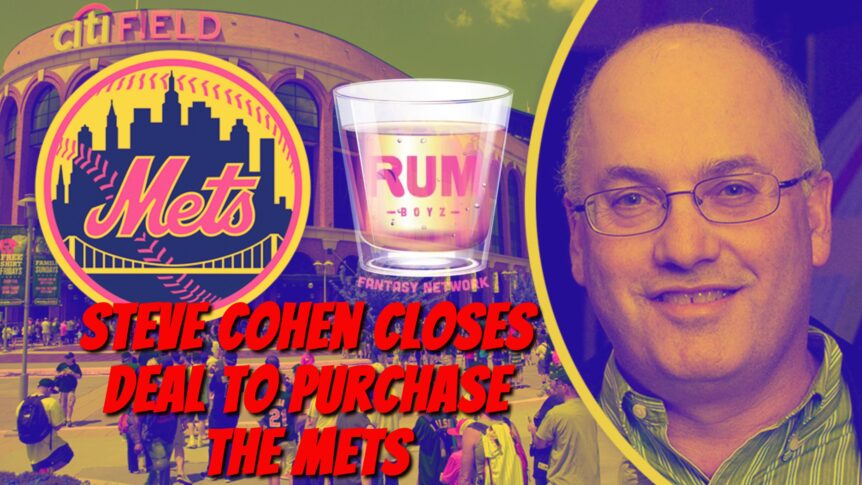 Steve Cohen is the new owner of the New York Mets

For a little while, there was a bidding war between Cohen and a group lead by MLB Hall of Famer Alex Rodriguez and music sensation Jennifer Lopez. Cohen, a lifelong Mets fan with a net worth of 14.1 billion dollars, was significantly wealthier, and was determined to own the team and fix the franchise, and won that bidding war. The next step of the process was for the MLB owners had to approve him, which required 23 of 30 votes for him to be approved. He passed this part of the process by a 26-4 vote, as White Sox owner Jerry Reinsdorf, Diamondbacks owner Arte Moreno, Reds owner Bob Castellini, and Diamondbacks Ken Kendrick the four votes against Cohen. After that, the penultimate step was to make sure New York City mayor Bill de Blasio had no objections. The reason this was a requirement was because of the language in the Citi Field lease agreement.

How does this impact the Mets?

This is going to have a large impact on the Mets organization and in a positive way. Cohen officially became owner a couple of hours ago and he has already made several moves. He donated 17.5 million to local delivery services to help small businesses, he is redoing and improving the analytics department, increasing the giving of the Mets Foundation, and has also unbanned a fan from Citi Field that was wrongfully banned because he was not happy with former owner Fred Wilpon, who proceeded to show his softness and ban him, poor guy. Something that may or may not be a permanent trend or just a temporary thing is his involvement on Twitter. He was the first one to report the news he had closed the deal, he’s been asking for fan feedback and replying to fans on the platform. Mets fans should be extremely happy with how this panned out for them.

When speaking about the game-related impact he will have, that too will be huge. He is going to drastically increase spending to improve the team’s roster, something that didn’t happen much under Wilpons’ term as the sole owner (19 years, 2002-2020). Wilpon took a top-5 market, and in 12 of 19 years, they were not a top 5 spending team, five years where the Mets weren’t a top 10 spending team, and four years where the team wasn’t in the top half in spending. The team will also win more because of this increased spending, the improved culture, and having better players. Winning wasn’t a common thing during Wilpons’ reign as the sole owner of the historic franchise. In Wilpons’ 19 years, the team had two fifth-place finishes, 8 fourth-place finishes, 3 third-place finishes, 4 second-place finishes, and won the division twice. They only mustered 3 postseason appearances during his 19-year run as well.

With owners claiming poor but many coveted free agents on the market, including names like Trevor Bauer, DJ Lemahieu, JT Realmuto, George Springer, and others, the Mets are sure to be licking their chops at the opportunity to feast on this free-agent class with second to none competition for those players services. The Braves all still going to be the overwhelming favorites to win the division, and when it’s all said and done they will probably be atop the standings. However, do not count out the Mets, for 2021 and beyond, as Steve Cohen tries to bring this truly historic franchise back to true greatness.