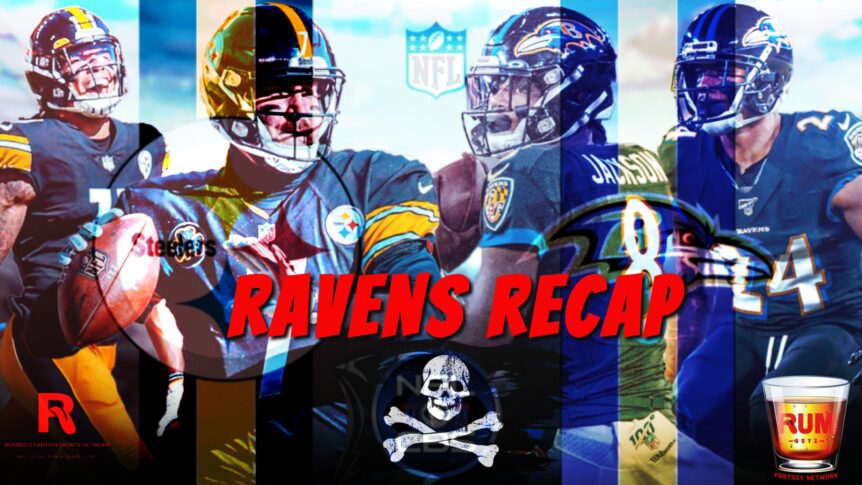 Well…that was a huge letdown. Week 8 came and went, and while it did bring a couple of snoozefests, most of the matchups this week were rather exciting. We saw many games go down to the wire this week, the Vikings took down the rival Packers, the Broncos mounted a monumental comeback against the LA Chargers, and the Saints squeezed past the Bears in overtime. However, the game of the week went to the back and forth battle between the Ravens and the Steelers. The two arch-rivals finally met for their long-awaited battle in Week 8 and they certainly did not disappoint. Although it wasn’t a primetime game, almost every NFL fan had their eyes glued to the screen this entire game, as the 5-1 Ravens tried their mightiest to hand the Steelers their first loss of the year. Unfortunately for Ravens fans, the Steelers escaped a close one, as the Lamar Jackson led offense came up just a bit short. The two teams exchanged blows throughout the entire game, and ultimately the Steelers came out victorious 28-24. Let’s get into the impactful storylines from Sunday’s game.

I mean no disrespect to the Steelers and what they did on Sunday, but the Ravens, more so Lamar Jackson, beat themselves. This was one of Lamar Jackson’s worst performances in his brief NFL career, throwing 2 costly interceptions, and fumbling the ball on 3 separate occasions, losing 2 of those. These turnovers cost the Ravens the game. The interceptions both came on the Ravens’ side of the field, one by Alex Highsmith, the first of his young NFL career, and the other, a pick 6 to open the game by Robert Spillane. As for the fumbles, both came on plays inside the Steelers 10 yard line. The more notable one, however, came late in the first quarter where the Ravens looked to go up 14-7. Lamar stepped up in the pocket looking for an open man in the end zone, but the play was blown up, as Bud Dupree came screaming in and forcing a clutch fumble. At other times, communication was off, and Lamar Jackson’s decision making was poor in week 8. There were plays where Lamar had a wide-open receiver, but instead, decided to either, one, stay with his first read, or two, take off and run. One play to mention was the final play of the game. Lamar seemed to target Willie Snead the entire way on this play and threw it into triple coverage (credit to Minkah Fitzpatrick for a fantastic play here). Even though Miles Boykin had a much better shot and a game-winning touchdown catch in the left corner of the end zone, Lamar fired to Snead, which ultimately fell incomplete, resulting in a Ravens loss. This, along with some questionable play-calling from Greg Roman (a 5 wide QB draw on 4th and 3 with the game on the line) resulted in the Ravens taking their second loss of the year. With all this being said, Lamar Jackson knows this one is on him, and I expect him to bounce back next week.

Massive Blows to the Offensive Line

Before the matchup against the Pittsburgh Steelers, the Ravens announced a huge move, signing Ronnie Stanley, star left tackle, to a 5-year contract extension worth $98.75 million. Which leads me to regret to inform you that Ronnie Stanley suffered a severe ankle injury, ending his 2020 season. Late in the first quarter, as Lamar Jackson was being wrapped for a sack by Stephon Tuitt, pressure came in late from T.J. Watt. Watt was pushed off balance by Orlando Brown Jr. and rolled up on Ronnie Stanley’s left ankle. It was almost clear that this was a serious injury the instant it happened. While we should be optimistic about him coming back stronger than ever next season, this is a massive blow for the Ravens and the offensive line. Earlier game, there was another blow to the o-line. Third-round rookie out of Mississippi State, Tyre Phillips, went down with an ankle sprain during the first quarter. Thankfully, he was able to walk off the field under his own power. While this wasn’t nearly as serious as Stanley’s injury, it adds a question mark to the offensive line for the rest of the season. Offensive guard, a position that hasn’t necessarily been strong this year, has now lost a starting-caliber player, weakening the depth at this position. These injuries surely deflate the Ravens’ Super Bowl chances. At least for now. Yes, it’s virtually impossible to replace someone like Ronnie Stanley, who has made a case to be talked about as the best left tackle in football but don’t be shocked if Eric DeCosta makes a blockbuster move to fill that void. For now, the Ravens turn to D.J. Fluker and Patrick Mekari, two serviceable offensive linemen, to fill the voids left by the two injured. The Beginning of the Hollywood Brown Saga?

The biggest Ravens storyline coming from Sunday, actually comes after the game. At 5:01 PM eastern time, following the completion of the Ravens/Steelers game, Hollywood Brown(@Primetime_jet) tweeted out, “what’s the point of having souljas when you never use them (Never!!)”. This tweet could mean several different things, most notably people saying Hollywood is the next Antonio. However, I feel the main thing Hollywood is trying to get across is that he was not impressed with his low usage rate against Pittsburgh, and he wouldn’t be wrong in that regard. Hollywood was only targeted twice, making one catch that resulted in a touchdown during Sunday’s game. While he needs to understand that there will be games where isn’t as involved as usual, I understand where he’s coming from, as it’s clear he’s frustrated and this could be his way of blowing off steam. Now, we don’t necessarily know if it is Lamar, or if it’s Greg Roman, maybe even Harbaugh, that Hollywood is upset with, but what we do know, is that Hollywood wants to be involved more. Being that he is currently listed as the #1 wide receiver on Baltimore’s depth chart, it would make sense to involve him more, alas, he was not targeted until the second half against the Steelers. Partial credit here goes to the Steelers defense, but we usually see Lamar take at least one deep shot for Hollywood, and we did not see that once in this game. Ultimately, this tweet was taken down after Coach Harbaugh questioned Hollywood about the tweet, but, you will find screenshots of said tweet all over the internet. From what we have heard, Hollywood is a great person, teammate, and locker room guy, but there is a chance there could be another Antonio Brown situation on our hands if this continues. With that being said, I’m fairly certain this will not be the case, but we should keep our eyes peeled just in case. We could see some changes coming.

All in all, this was a very challenging game for the Ravens, so the loss shouldn’t come as a shock. While fans should be very proud about how the Ravens fared early in this matchup, it is the second half that let them down, as the 10 point lead the team had going into halftime, disappeared in an instant. Two players that let the team down were Lamar Jackson and Matthew Judon. Jackson, as mentioned earlier in the article, had one of his worst games to date. As for Judon, he was ejected from the game midway through the second quarter, after a scuffle between Marcus Peters and Diontae Johnson caused a massive brawl. While this ejection was questionable, Judon seemed to accidentally make contact with the referee, it was an ejection nonetheless and hurt the Ravens in the long run. On the flip side, two players that deserve high praise are Gus Edwards and J.K. Dobbins. Two young running backs who needed to have big games for the Ravens to have a chance stepped up in a big way in the absence of Mark Ingram. Dobbins, who ran for over 100 yards for the first time in his rookie season, and Gus, who shredded through the Steelers defense for 87 yards, torched the #1 run defense in the league. Gus and Dobbins, along with Lamar Jackson, were able to total 265 yards on the ground, a shocking number against a defense that was able to contain the likes of Saquon Barkley, Kareem Hunt, and even Derrick Henry. With all this being stated, it is a team game, and no one player deserves the full blame for Sunday’s loss. Thus, the Ravens move onto next week where they square off against the 5-2 Indianapolis Colts.