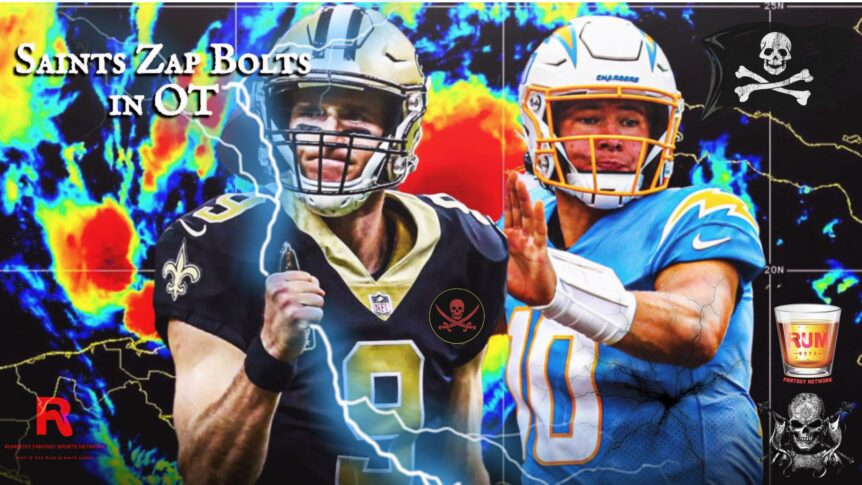 Saints electrify in overtime against the Chargers:

The Saints of New Orleans played host to the Los Angeles Chargers Monday night and pulled out the win…..barely. The Saints were once again without their star receiver Michael Thomas due to a physical altercation with DB Chauncey Gardner-Johnson. The team made the decision to sit Thomas for throwing a punch at his teammate.

To start the game, it was par for the course as the Saints seemed to have issues getting things to click. QB Drew Brees looked like his arm was tired, throwing low passes that his receivers would have to get to the ground for in order to make the reception. The Chargers came out firing with rookie QB Justin Herbert (20 of 34, 264 yards and 4 TD’s), who was able to lead his team down the field to finish with a Keenan Allen TD. After quite a bit of back and forth between the teams The Saints finished the first quarter with a Wil Lutz field goal to put the score at 6-3 with the Chargers ahead. 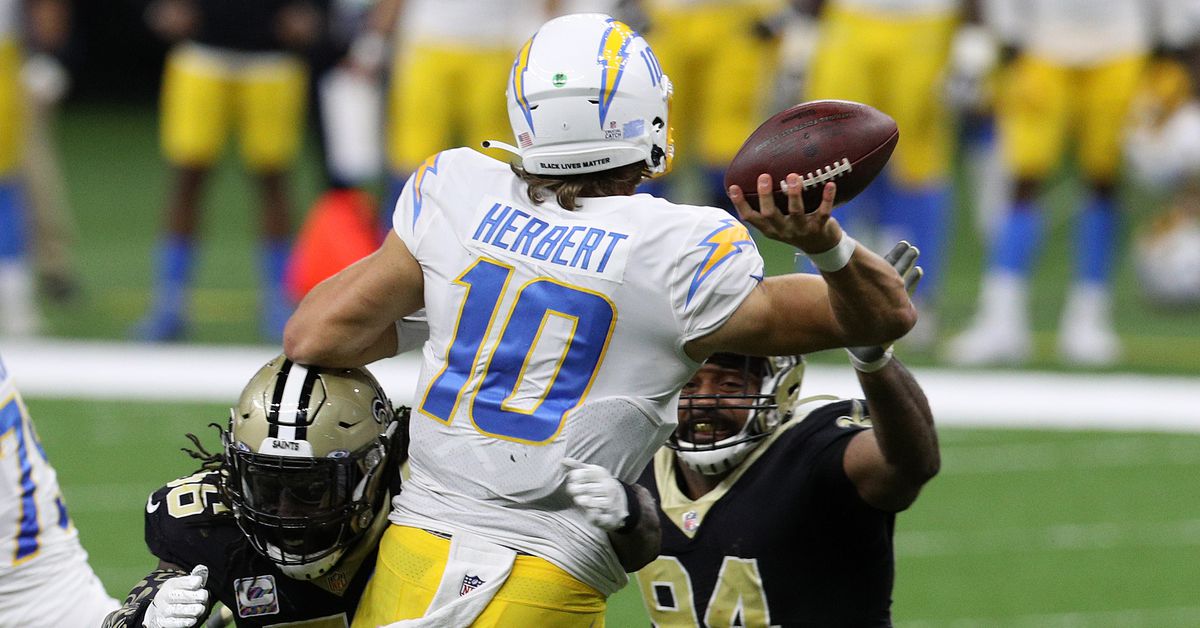 The beginning of the second quarter was actually looking good for the Saints defense as DE Trey Hendrickson came into his own sacking the young quarterback 1.5 times, once along with veteran DE Cam Jordan.

That didn’t seem to scare Herbert however as he was able to drop a 36 yard dime to WR Jalen Guyton, in turn setting up WR Mike Williams for the go ahead receiving score in the back of the end zone which put the Chargers out in front of the Saints 13-3. The Saints offense had a quick three and out, giving Herbert the ball again, which is proving to be a dangerous thing. However, the Saints defense came to play, getting the ball back to the offense fairly quickly. Brees, after a few plays, throws and interception to S Nasir Adderley on a pass intended for WR Bennie Fowler, who only could have caught that if he was wearing stilts. Adderley was able to run the ball back to the one yard line, which lead to a TE Hunter Henry touchdown allowing the Chargers to take a comfortable lead of 20-3.

If anyone knows the Saints like I do, Drew Brees shines in times like these. A chance to bring his team back from the dead is exactly what he starred at towards the end of the first half with less than 2 minutes to play. You see, being a fan of the New Orleans Saints is almost a right of passage, if you’ve been a fan as long as I have you’ve earned the right to be pissed and complain during the game when we are down, but have that fire in your belly that says “we’re still in this”…. even if we are down by 17 going into halftime. Brees starts firing off first down after first down to almost every receiver he has on the field, to Kamara, Callaway, Sanders, finally finishing the drive as Brees took the bull by the horns and jumped over the line stretching his arms out for the touch down.

The second half started with the score at 20-10 in the Chargers favor. The Saints and Chargers defenses tightened up quickly causing a lot of back and forth. The first score of the third quarter wasn’t until K Wil Lutz drilled a 53 yard field goal to bring the Saints within one score. In fact, those would be the only points scored in the entire quarter of play. The Saints had the ball to start the fourth quarter, and Brees came out slinging the rock, hitting Sanders on multiple passes that led them down the field. Then, after a DE Joey Bosa sack, Brees reared back and fired a 47 yard touchdown to TE Jared Cook tying the game 20-20. 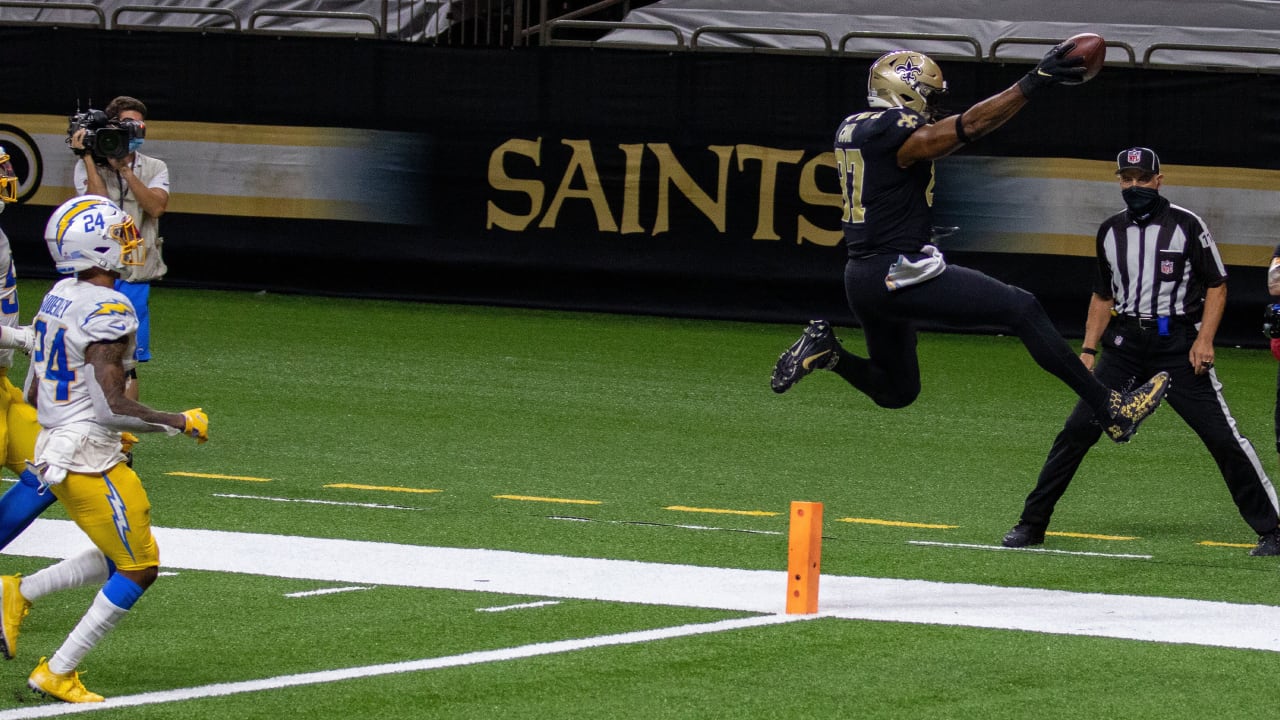 The Chargers have always been a run first offense. However, without their star RB Austin Ekeler, they had to rely on Justin Jackson and rookie Joshua Kelley. Kelley has had some fumbling issues the last two weeks, so Jackson took on more of the load, with 15 rushing attempts for 71 yards to Kelley’s 11 attempts for 29 yards. Then, Herbert tossed a 64 yard touchdown to Mike Williams for another score. Williams was completely untouched and able to back peddle into the end zone taking the lead for his team over the Saints 27-20.

Tight Game Down the Stretch

With less than two minutes in regulation, Brees started his track down the field completing a pass to Kamara that should honestly be all praise due to the unbelievable 28 yard play made by the shifty back. Backup QB Taysom Hill ran in for the 15 yard touchdown to tie up the score 27-27. This is where the sixth overall pick sealed my belief that he is going to be unreal in this league, as if he hadn’t already shown enough. He threw a ball to Mike Williams at 60 yards that was placed exactly where Williams, and only Williams could sky to make the grab. However it was enough to give K Mike Badgley an opportunity to hit a field goal to seal the Saints’ fair, but alas, his kick but the upright and allowed the Saints a chance to take the win in overtime. 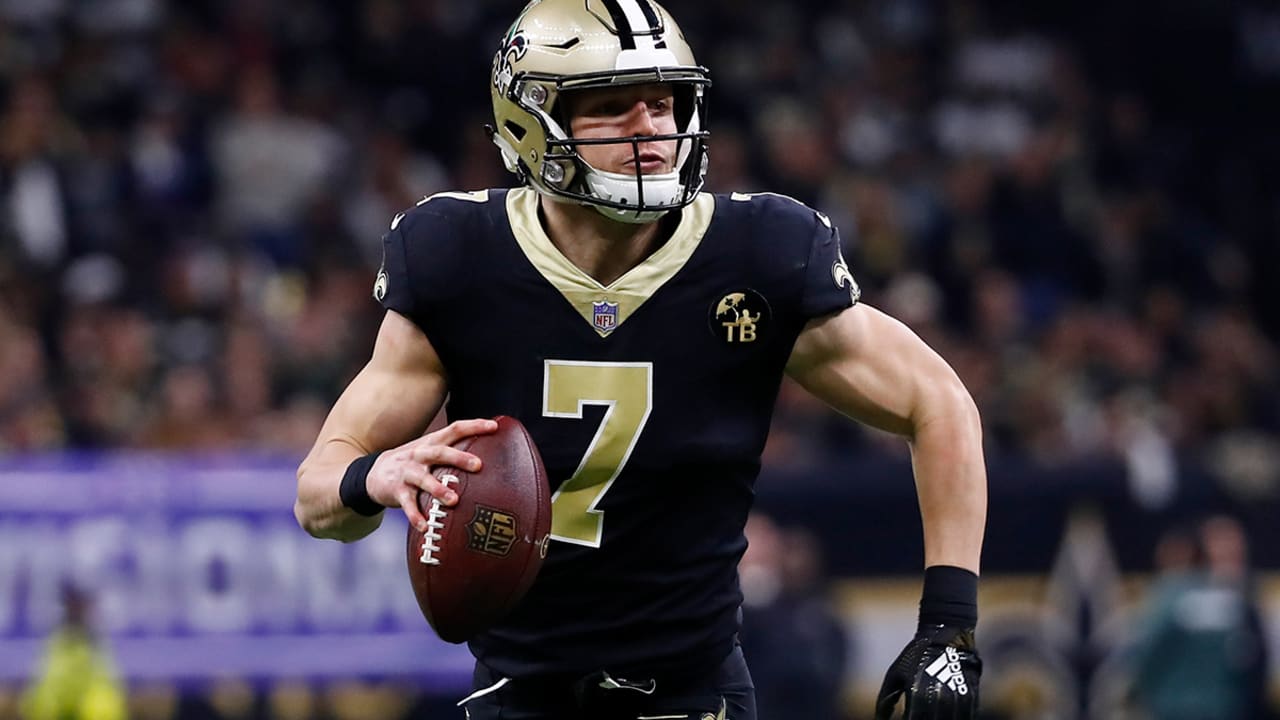 The Saints marched down the field, ending in a 32 yard Wil Lutz field goal bringing the score to 30-27 Saints favor. The Chargers still had an opportunity to win this game since the rules state you can win on a touchdown, not a field goal on the first score. But, much to the chagrin of the Chargers, the Saints defense proved to be to strong in the final plays and kept the lead, allowing the Saints to secure the victory over the Chargers!

The Saints take their record to 3-2 going into their bye week. The hope is, after returning, they will have their team fully intact with their number one receiver Michael Thomas. The Saints return to the Dome to face The Carolina Panthers and their returning lightning in a bottle, Christian McCaffrey. Hopefully they will be able to tame the Panthers and keep their win streak alive.

Jay,  the Plug of The Fantasy Football Plug Podcast and Plugged in with Jay.