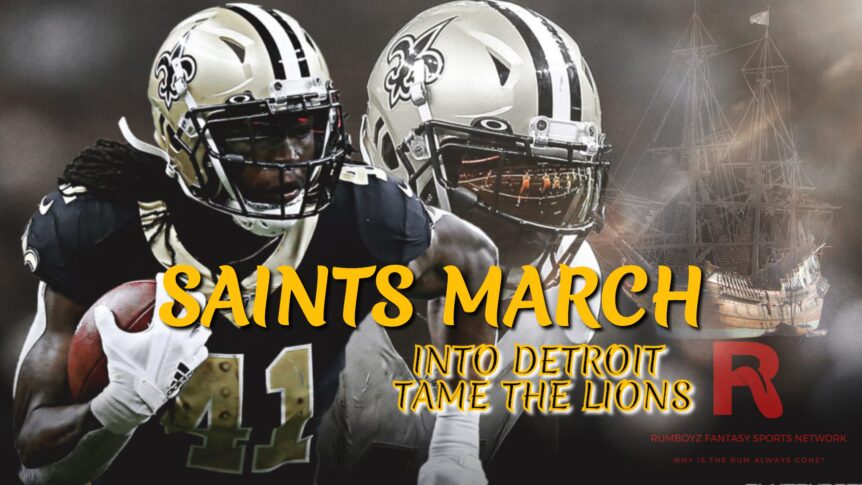 The start of the game seemed to be par for the course with how the Saints have been the past two weeks. The Lions decided to take quick advantage of the many holes in the Saints defense, leading a drive down the field in the first 4 minutes for a D’andre Swift touchdown. If that wasn’t bad enough, the first play for the Saints offense was an interception off a batted pass by DT Danny Shelton to CB Adairius Barnes. That interception led to a Kenny Golladay touchdown. The Saints were behind the Lions 14-0 within the first five minutes of the game.

The Saints had another opportunity on offense fairly quick, and if you’re a Saints fan, you know there is a lot of time left for Drew Brees to lead his team for the victory. The Saints were again without Michael Thomas, as well as TE Jared Cook, but Tre’Quan Smith and Emmanuel Sanders would prove to be enough to fill their shoes. The Saints relied heavily on the run game. Of course allowing Alvin Kamara to do what he does every week, but Latavius Murray was the battering ram that brought the house down rushing for 64 yards and 2 touchdowns. 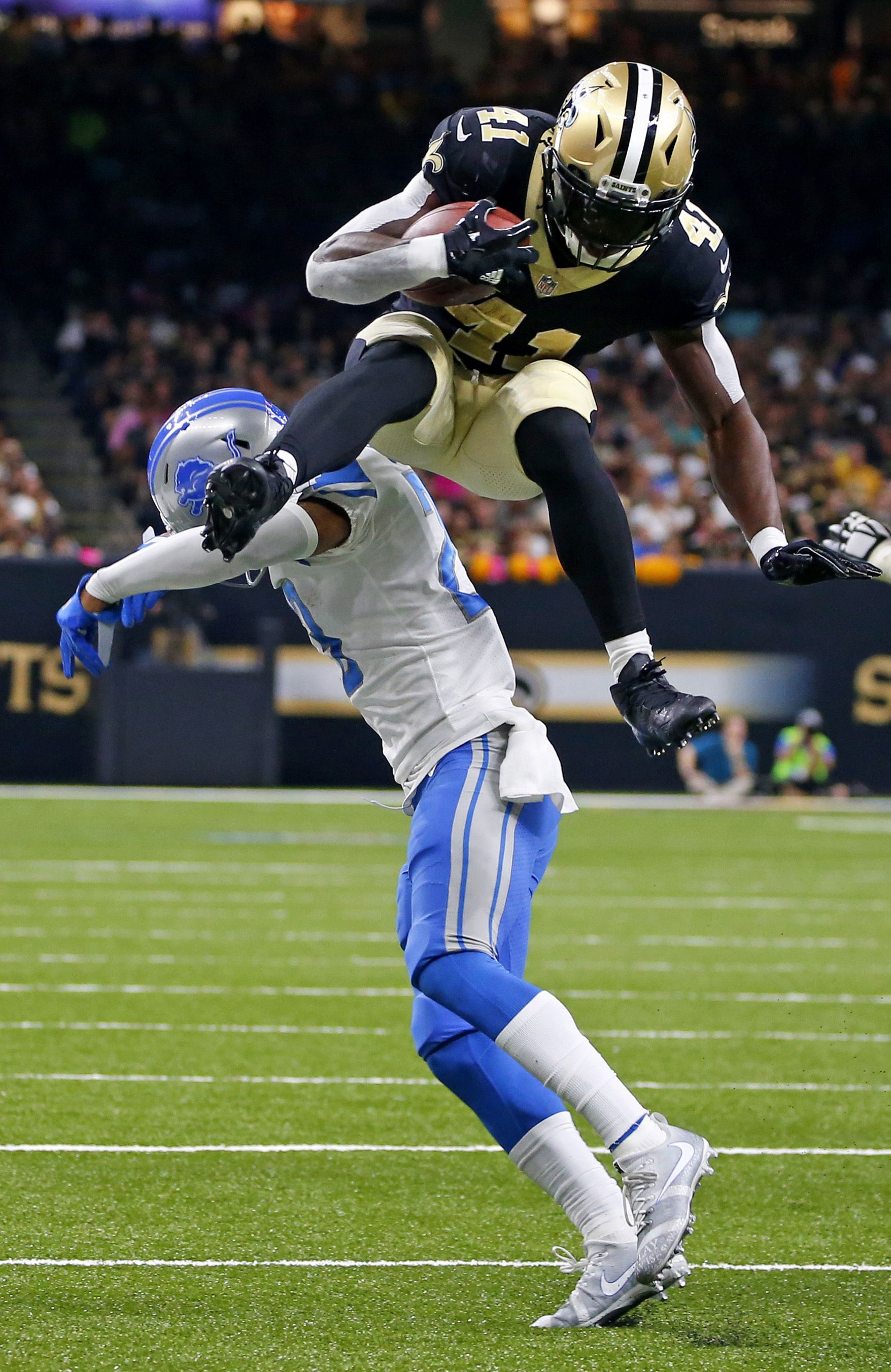 The first of two touchdowns for Murray came at the end of the first quarter, giving the Saints some life and bringing the score to 14-7.  Keeping with the momentum, DE Cam Jordan gets a sack on Stafford making the Lions punt the ball away.

The first play of the second quarter let everyone know the Saints were keeping the pedal down with a 20 yard pass to WR Emmanuel Sanders. The Lions quickly answered with a sack, and some stops short of the first down. In true Saints fashion, they go for it on fourth with a successful pass to Kamara down the sideline for the first. Murray had a reception that went to the 3 yards line which set up a Kamara touchdown run bringing the count to 14-14.

The Lions didn’t ease up taking the ball down the field quickly, but giving up an interception in the end zone to CB Patrick Robinson which was meant for TE TJ Hockenson. It seems like Brees had it in his head to show that he can still make passes for 20 yards or more in this game. He completed multiple to his receivers with great accuracy and no issues. Within 5 minutes of each other, Tre’Quan Smith caught two touchdown passes. The half ended with the Saints ahead 28-14.

The Saints would start the second half with the ball, and kept going after the Lions defense. The Saints kept attacking with all different weapons. Brees continued to connect with Sanders and Smith. Both receivers proved that they are both worth speculative adds in fantasy. Latavius Murray continued his bludgeoning of the Lions defense scoring his second touchdown of the game mid third quarter taking the score to 35-14. The Saints had scored 35 unanswered points.

Toward the end of the third quarter, Stafford had finally hit his TE Hockenson for a touchdown, sparking a little life in the Lions. To start the fourth quarter, the Saints fed that spark having to punt the ball after almost being intercepted for the second time. The defenses started to tighten up with the Lions having to punt after a 3 and out, but getting the ball back after holding the Saints to the same. The Lions were playing aggressively going for it on fourth down twice and being successful both times. Then, like something out of the NFL archives, RB Adrian Peterson bullies forward for a touchdown, carrying multiple Saints players with him.

The Lions go for two points, with a completion to tight end Hockenson bringing the Lions within six points. All the Saints need to keep the ballgame in their favor is get the first down. So, the give it to their first down specialist Kamara, and he completes it, allowing the Saints to kneel out the remainder of the game and secure the win. The Saints broke their losing streak 35-29, defeating the Lions of Detroit Rock City.

The Saints go into their week 5 matchup against the Los Angeles Chargers with a record of 2-2. Its this fan’s hope that the Saints are now marching in the right direction.

It’s seems that the defense took a shot in the arm and came together despite their lack of starters, recording 3 sacks and an interception. That being said, they are not a weekly starter for me in fantasy, and it was still a high scoring game by both teams, but something seemed different.

There are a lot of fantasy football take always from this game. Of course Kamara is a must start each week posting another 20+ FPTS week. RB L Murray should be rostered in all leagues, and not just as a handcuff to Kamara. The bulldozing RB posted more FPTS than his shifty counterpart in this contest, which shows he will be featured a lot more, however, I don’t see it happening again where it’s more than Kamara. Both WR’s Sanders and Smith should be rostered and used as flex options while Michael Thomas and Jared Cook are on the sideline. Now, which one is the leader in FPTS each week is up in the air, you just have to hope to start the right guy. Most are going to hit the waiver wire for Smith due to the 2 touchdowns, but Sanders had more targets (9) and yards (93) than Smith (4 and 54) so it’s up to you. Brees has been lackluster this season, but is serviceable if you’re in need of a QB filler, however the veteran QB has only cleared 20 FPTS once this season. That could change with Thomas on the field however. All in all, the Saints still have plenty of fantasy options, and should always be taken seriously.