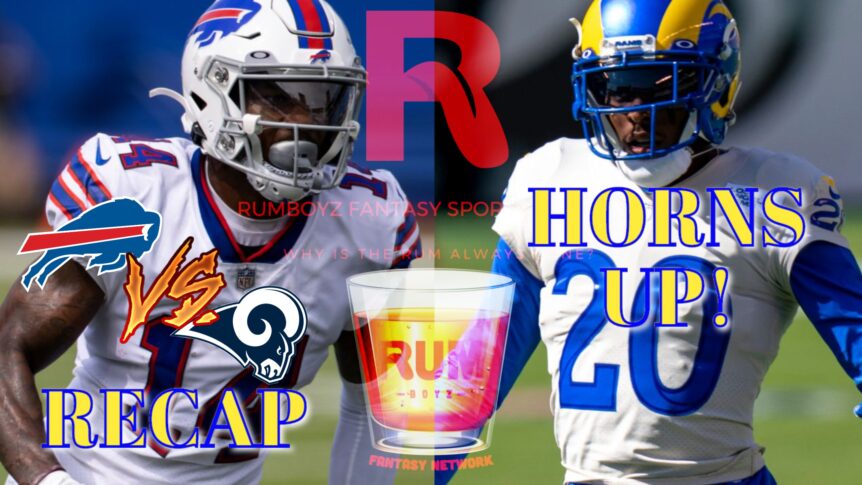 Imagine sitting through and following Bills Mafia on Twitter during the Rams and Bills matchup, reading and seeing 90% of the fans crown their own Josh Allen the league MVP, only to strip that thing right back in the second half. The other 10% were Ram fans laughing at the Mafia for not understanding that football is a 60 minute game. The Bills damn near needed all that time. Josh Allen nearly reverted back to his mistakes that cost them a playoff win last year on the road vs the Texans. 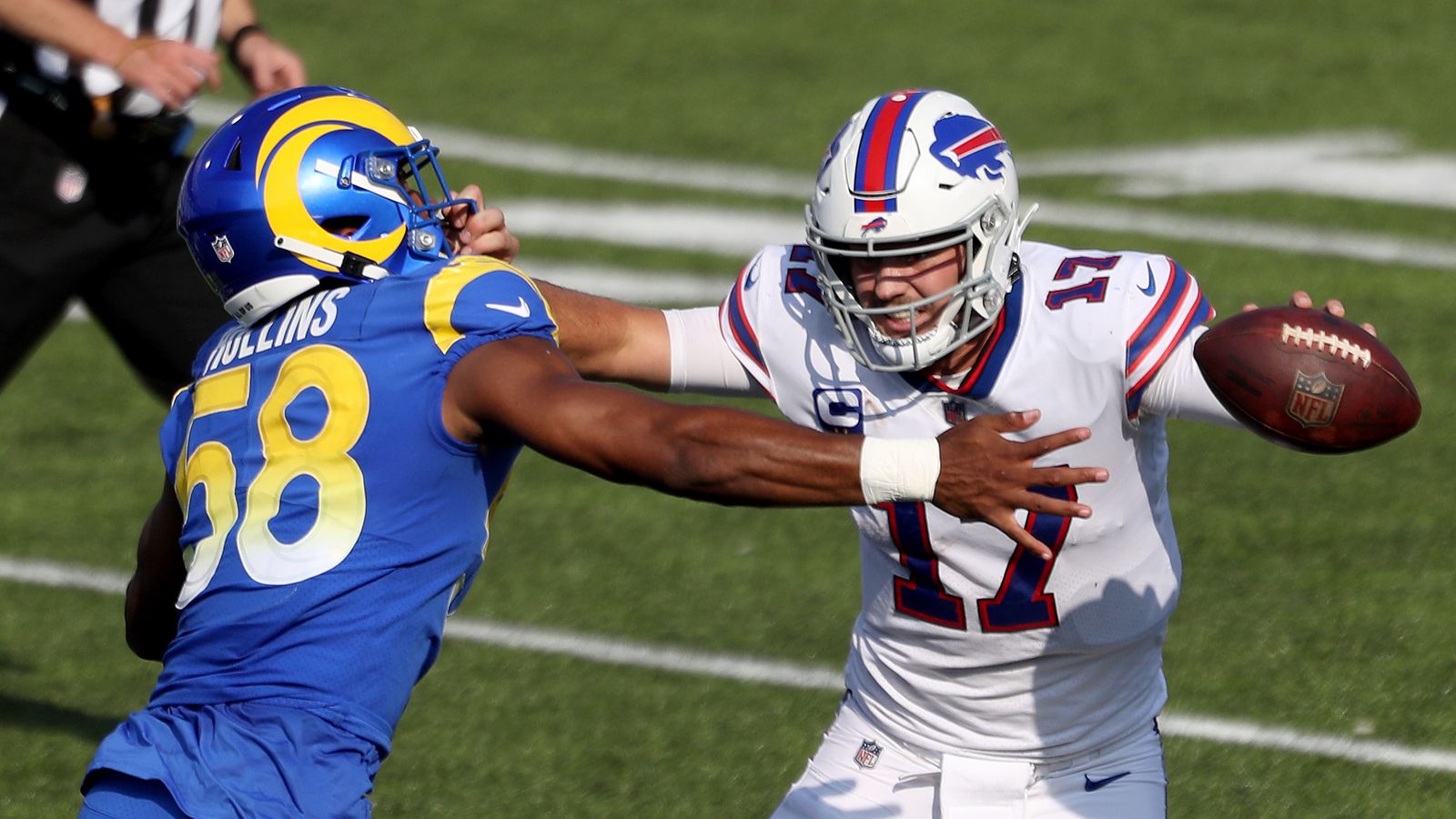 So that’s that and in a very young NFL Season the Buffalo Bills and their Mafia get to enjoy a rare 3-0 start. As we do in football every week, let’s move on.

Two Truths and a Lie…

The Rams will not lose another game before their bye week in week 9. The NFC West is the best Division in Football. Jared Goff will find himself in the MVP discussion soon enough.

The next 5 quarterbacks the Rams will be facing are Daniel Jones, Dwayne Haskins, Nick Mullens if not Jimmy G, Nick Foles, Ryan Fitzpatrick. If there is a team that could give the Rams some kind of competition, I think it will be the Chicago Bears. Seeing how that game will not be in Chicago and in a nice warm dome at SoFi Stadium I’m definitely going to give the edge to Los Angeles. Let’s not look that far down the road though and let’s stay focused on week 4. The Giants are having just a rough go of a 2020 season so far. Losing one of the top running backs in the league Saquan Barkley, in week 2 pretty much all but cemented this season as a lost cause. This is exactly what a team like the Rams coming off a disappointing loss as mentioned earlier need in front of them. Pump the brakes on the emotions and let’s take this game against the lowly Giants as an opportunity sharpen some play calling and perhaps get creative on defense. With that being said, there is absolutely no way that Daniel Jones should have any luck in beating this Ram team at home.

The NFC West is off to a great start this year as all 4 teams in the division combine for a total of just three losses through 3 weeks. Only Seattle is the lone undefeated team in the division and it may stay that way with their match up against Miami this Sunday. It’s Miami, I’m pretty sure we understand what that means. Arizona is on the road in Carolina with Philadelphia traveling to San Francisco. All games appear to be winnable and as much as I’d like to see some separation in the standings it would be a credit to all of the clubs in the west that the wins keep coming through some great offensive play and attacking defenses. Winning in the NFL is never easy and all it takes is a long east coast trip to suit up for an early morning game to boggle you game day equilibrium. It happens to the best of teams year after year. Seattle traveling to Miami and Arizona heading to Carolina provides the normal obstacles but I believe the teams in the west has what it takes to come out on top and continue to show that they pack their defense and offense when traveling all over the country.

Jared Goff, currently 8th in the league in Passing Yards, 15th in passing touchdowns with only 2 picks can only get better. As I’ve stated before, the schedule that lays before the Rams on the way to a bye week is very favorable to them as well as Goff. If all goes according to plan and after the next two games against the Giants and the Washington Football team, Jared Goff should find himself in the MVP conversation with the likes of Aaron Rodgers, Russell Wilson and Patrick Mahomes. Right now he’s in a room with Dak Prescott and Josh Allen which isn’t anything to sneeze at. All six of these quarterbacks are extremely capable of leading come from behind drives and/or never out of any games this year. 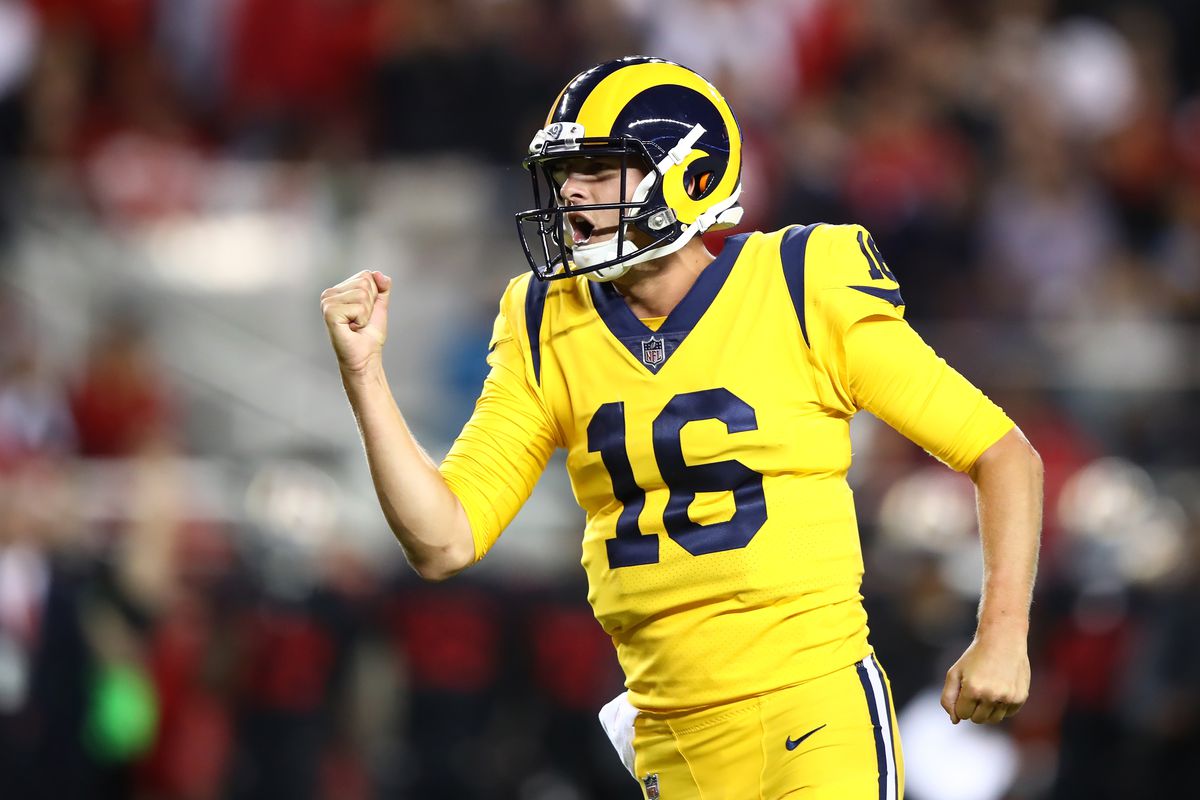 For Jared Goff this year is his year and he has to know it. In all three games this year all he’s done is increase his focus and accuracy in the pressurized moments. Although he does hang in the pocket as long as he could and will take a sack, those sacks have been few and far between. He’s gotten better and quicker in decision making when he’s dropping back to pass that minimizes those sack opportunities. Two things a premier quarterback can do to stand out as a valuable player is stay on your feet and don’t give the game away in regards to turnovers. If Jared Goff continues to protect the ball and keeps the Rams alive in games which shouldn’t be a problem for the next slate of games then we will see him enter the that next room of quarterbacks in the NFL this season. It will be a tough room to get into but it can be done.

At the end of four weeks for the Los Angeles Rams their identity will start to take shape on the type of team they will be this year. The running game is shaping up to be lead by Darrell Henderson which is a real blessing considering the hole left by Todd Gurley II. I look forward to a seeing a dominant performance by the defense against a Giants team that have yet to find a rhythm offensively in the 2020 season and they may never considering missing some key personnel. No matter what happens, the Rams should improve to 4-0 and looking really sharp heading into week 5 as a contender in the NFC.