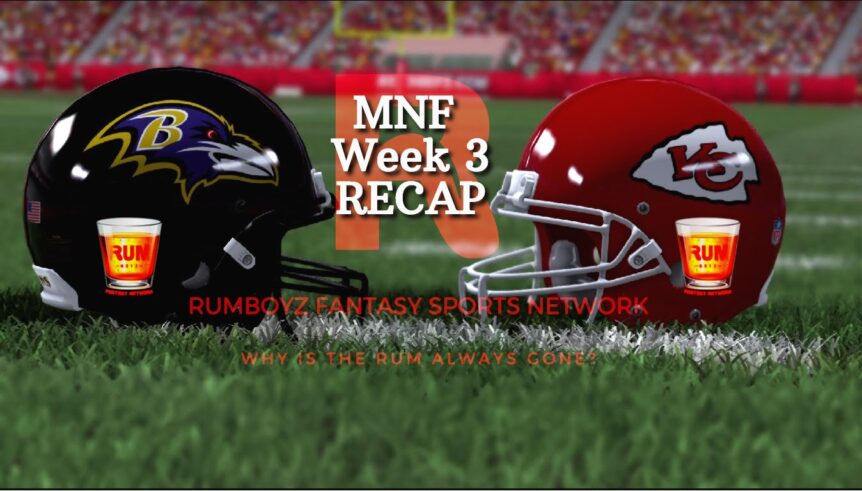 Game of the WEEK?

That..was a disgrace! On Monday night, the Baltimore Ravens welcomed the Kansas City Chiefs to Baltimore for the apparent game of the year. A game between two juggernaut teams in the league, finally landed on the prime-time schedule for the 2020 NFL season, destined to meet in week three. For the Ravens, they were looking to get a little bit of revenge after two close losses to the Chiefs in the past two seasons. As for the Chiefs, the defending Super Bowl champs looked to continue their dominance, not only against the Ravens but over the entire NFL. And what happened on Monday Night Football, was a shameful performance from the Baltimore Ravens. It was clear that they had not prepared well enough for this game, and communication was off from the first quarter, to the final snap of the football, ending by a score of 34-20. To only, yes, lose by 14 points is a blessing, as the Ravens played a game that didn’t even warrant scoring 20 points, nonetheless, having a chance down the stretch. Every single aspect of the Ravens’ performance was TERRIBLE. Let’s get into what went wrong, and what led to the outcome. For starters, let’s talk about the abysmal coaching and play-calling. John Harbaugh evaluated this loss pretty well after the game, saying “They beat us. They out-executed us. They out game-planned us. They just beat us”. Not a good look for the reigning head coach of the year. Harbaugh is now 0-3 against the Kansas City Chiefs in the Lamar Jackson era, and Andy Reid now takes his 3rd straight against his former apprentice. To sum it up, Andy Reid OWNS John Harbaugh. Now moving onto the OC Greg Roman. What was that playcalling?! It looked like he was following the same blueprint from the Titans game in the playoffs last season. He once again showed panic after going behind early, COMPLETELY abandoning the run game, part of the game plan that scored the Ravens their first points. In fact, after this match-up, there’s a good chance you probably forgot the Ravens are known for running the football, as the running back trio totaled 12, yes TWELVE carries throughout the entire game, most notably J.K. Dobbins getting a mere 1 carry. Safe to say this was a big reason for Monday’s loss…

Laughable! What an absolute joke of a game from the reigning league MVP. Against a subpar defense like the Chiefs, you’d probably expect around 200 pass yards and maybe even around 100 rush yards at least…right? Wrong! Way off. Lamar Jackson didn’t even reach the 100-yard mark through the air, totaling just 97 pass yards, 83 yards on the ground, and just 1 touchdown. From the kickoff to the final seconds, he never synced up with his play-makers on offense and wasn’t throwing his best ball. Granted, his receivers were dropping countless passes, and the offensive line was HORRENDOUS, but there were points where he tried to do too much, and let the defense down in the second half. To sum up Lamar’s performance on Monday, I’d use the word flustered because he never settled in and played one of his worst games to date. 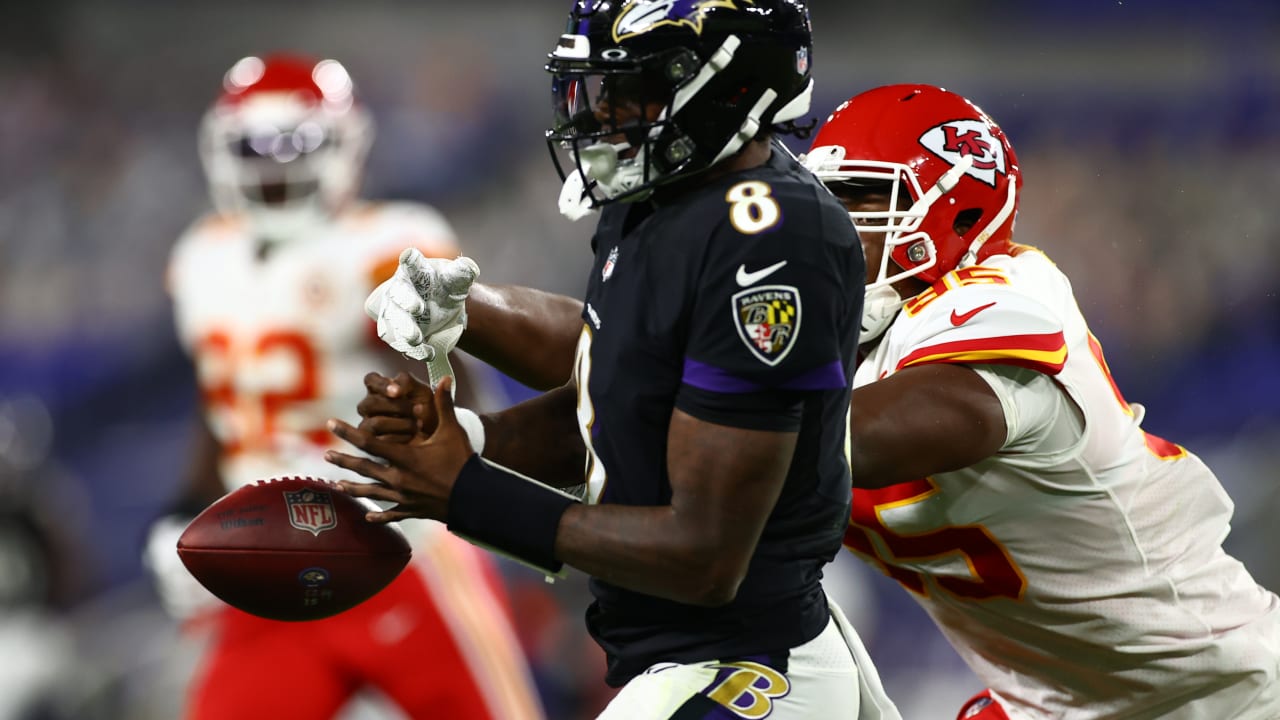 The Rest of the Offense (excluding the running backs):

Now for the rest of the offense. These guys, they didn’t decide to show up either, well, excluding Mark Ingram, J.K. Dobbins, and Gus Edwards, who put in work in limited touches.

I knew it would be difficult to contain the numerous weapons on the Kansas City offense, and there was no stopping Patrick Mahomes, but holy heck, I didn’t expect it to be this bad. Of course, some plays were purely due to Mahomes’ elite talent, but there were also some head-scratchers. Marcus Peters put up the worst performance of the members of the secondary, giving wayyy too much cushion to the Chiefs’ playmakers, and also getting MOSSED by Tyreek Hill…Tyreek. Hill. As for Peters’ partner in crime Marlon Humphrey, he didn’t play like the top 5 cornerback that we all know he is. It wasn’t an atrocious performance, but it certainly wasn’t Humphrey-esque. Others who had off nights include DeShon Elliott, who gave around a 50-yard touchdown over the top on 3rd and 17, and Patrick Queen…who got BENCHED! On a night we needed our coverage to be on lockdown, they weren’t necessarily that, but weren’t helped at all by the pass rush. Moving on. 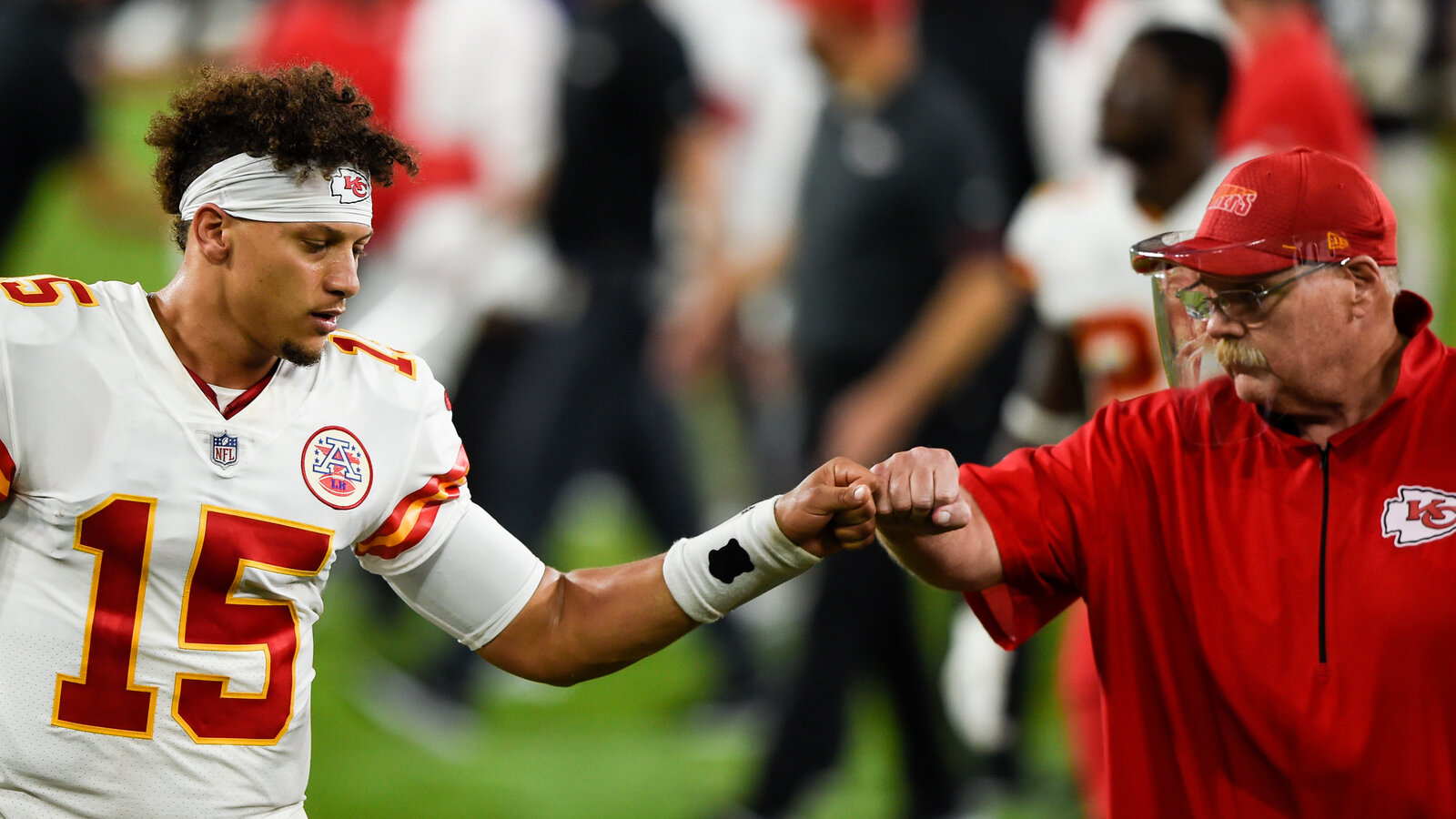 As I mentioned, the pass rush didn’t help the secondary whatsoever. No matter how many “Wink” Martindale sent, it was the same amount of pressure put on Mahomes all night, giving him all the time in the world to throw, and totaling a big goose egg in the sack category. They were being thrown around like rag dolls out there. At some points, they were looking like the Mighty Ducks before they learned how to skate, falling and tripping over themselves all night. One individual I’d like to call out here is Matthew Judon. Good old Judon, from wanting a big extension this off-season to getting a $17 million franchise tag, and now to getting little no pressure so far this season with just 3 QB hits and 0 sacks, ZERO. For a 2021 free agent, he needs to step it up, and if not, this will be a problem for the rest of the year, and I wouldn’t be shocked if Eric De Costa pulls off a blockbuster move for a star-studded pass rusher at the deadline.

Week 3’s game was a wreck fest for Baltimore. For the defense, they made a mockery of what you’d expect from a Ravens defense in the first half, letting Kansas City do whatever they wanted to do to us on offense, and there was no way in stopping it. However, when the defense picked up the pace a bit in the second half, it was the offense who had the chance to get the team back into the game, and it was the offense that let the defense down. On a night where everything looked off, I will give credit to The Wolfpack (Tucker, Koch, and Cox), who were great on special teams as always, the RB Trio of Ingram, Edwards, and Dobbins, who put up good yards on the ground when given the chance, and Devin Duvernay, the speedy rookie, who, in an attempt to rally the team when down early, blazed past the Chiefs special teams coverage, and returned a kick for 93 yards and a touchdown. Other than that, it was just a bad showing and I never want to see anything like this again. Possibly the worst Ravens game in the Lamar Jackson era.