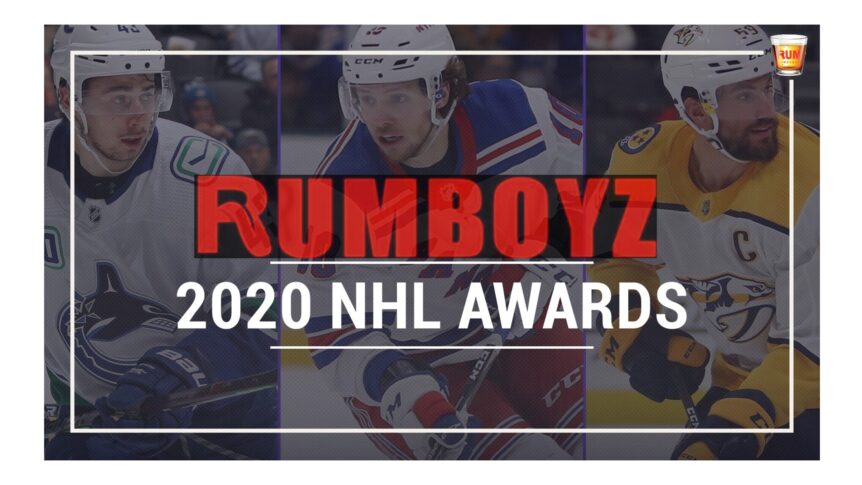 By the end of an eventful season, awards are handed out to reward the NHL’s best for what they have done for 82 games (this season is an exception). This year the Hart, Ted Lindsay, Calder, Vezina, and James Norris awards were handed out, and just like every year, players are snubbed.

A new member has joined the “Exclusive” Edmonton Oilers club! Only four players in Oilers’ existence have won both the Hart and Ted Lindsay award. The inclusion of Leon Draisalitl along with Mark Messier, Connor McDavid, and Wayne Gretzky rounds out the talent on that list. The Cologne native becomes the first-ever German to win both awards. With his latest feat, it is time to stop the narrative about Draisaitl being in McDavid’s shadow, but instead, we should treat this like the LeBron James/Anthony Davis of hockey. He is unanimously the most outstanding player in the regular season dropping 110 (pts). Kailer Yamamoto and Ryan Nugent-Hopkins benefited from playing with a tremendous center and vice versa. Nathan MacKinnon deserves credit as he played on an injury-plagued Colorado team throughout the year. In terms of production, there was a huge drop-off between him and Cale Makar. Artemi Panarin has a strong case too. He was the reason why Rangers sniffed a playoff spot. This is on separate lines without New York’s other stars Mika Zibanejab or Paul Buchevich. Ryan Strome and Jesper Fast are good, but Panarin had the weakest linemates to work with.

Kyle Connor, Mark Scheifele, Blake Wheeler, and Patrik Laine ran the Winnepeg Jets offense, but the defense was the opposite. Connor Hellebuyck put the whole depicted blueline on his back. His only help was Josh Morrissey and Neal Pionk. Hellebuyck finished as a runner-up before, but it’s been a long time since Winnipeg had a good tender postured .922 SV%. Tuukka Rask statically was the best, thus winning a William Jennings trophy. The thing is he had the most help. Boston’s top-4 was on point. Zdeno Chara, Charlie McAvoy, Torey Krug, and Brandon Carlo are great, this is not even including Matt Grezelck. It’s been 3-years in a row now where Andrei Vasilevskiy is nominated for Vezina. He also plays on a good defensive core. This race was close between 2 rookies in the Avalanche’s Cale Makar and Cannucks’ very own Quin Hughes for Rookie of The Year. Makar produced fewer numbers. The injury bugged him, he came back and couldn’t continue the “streak” before getting hurt. Out of the two rookies, he is better defensively, a bit better since they’re both defensemen. Colorado is set up better than what Vancouver has. Makar does show he can play physical, he has 47 hits even though this isn’t even a specialty in his game at all. He has a higher ceiling and development. Hughes is offensively amazing and has a better floor. Defensively is where he faltered, he’s not strong at the fundamentals and he’ll shy away from contact. He got “bullied” by Mark Stone and Ryan Reaves in the postseason. The new age of young defensemen is here, but of these future superstars must still pave their own way. With all the talk nobody is looking at Dominik Kubalik who scored 30 goals but just got overshadowed by the best.

Roman Josi picked up steam during the second half of the season. This award is another close one. Josi led the whole Nashville Predators roster in points and assists. This team wasn’t that offensively potent, but still has one of the best defensemen in the league. John Carlson on the other hand is the best offensive* defensemen. He isn’t good on the other end. The defense game is pretty exaggerated and needs improvement. Carlson definitely would’ve won the award if you were only counting before the Star-Break. He couldn’t carry it for a whole season. Victor Hedman fits in right in the middle as he’s good offense and defense evenly.