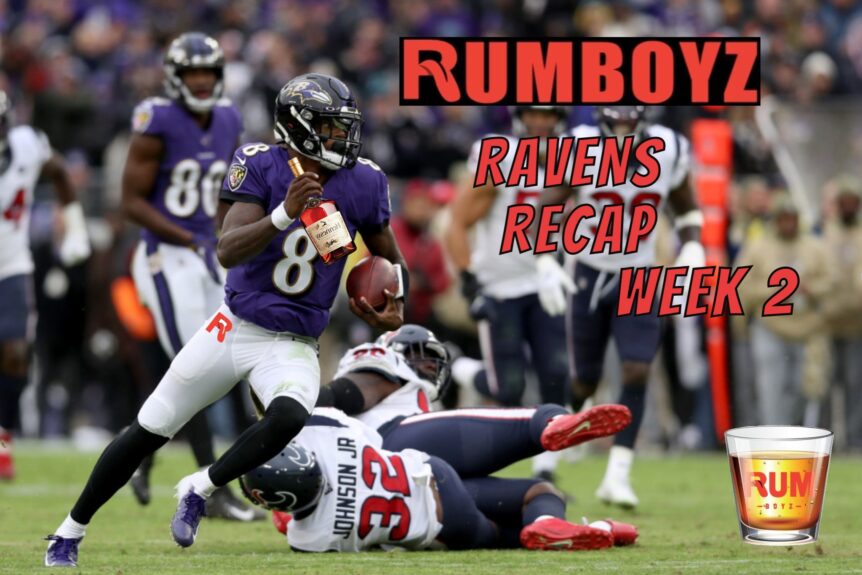 Week 2 was an absolute disaster. Injuries upon injuries plagued the NFL this last week as we saw around 20 players go down and miss action. As for players such as Saquon Barkley, Courtland Sutton, Malik Hooker, and Anthony Barr, their injuries unfortunately season-ending. Sadly, the Baltimore Ravens could not escape the bad luck that tormented other teams. Tavon Young went down grasping his knee early in Sunday’s game, but we will address this at a later time, for now let’s get into the Ravens recap for Week 2.

Although week 2 brought an onslaught of injuries, it also brought on some long awaited matchups, one of those being the showdown between the Baltimore Ravens and Houston Texans. While the Texans seemed to get worse this offseason, the thought of two of the greatest young quarterbacks in Lamar Jackson and Deshaun Watson doing battle brought the attention of all the NFL. While the game started off slow and looked like a disappointment, both quarterbacks picked up steam in the second quarter. Up until the fourth quarter, we watched a back and forth battle, where the Ravens would ultimately come out on top by a score of 33-16. A big win for the Ravens, also brought many ups and downs, so let’s get into top stories from Sunday’s battle.

Lamar Jackson Does It Again 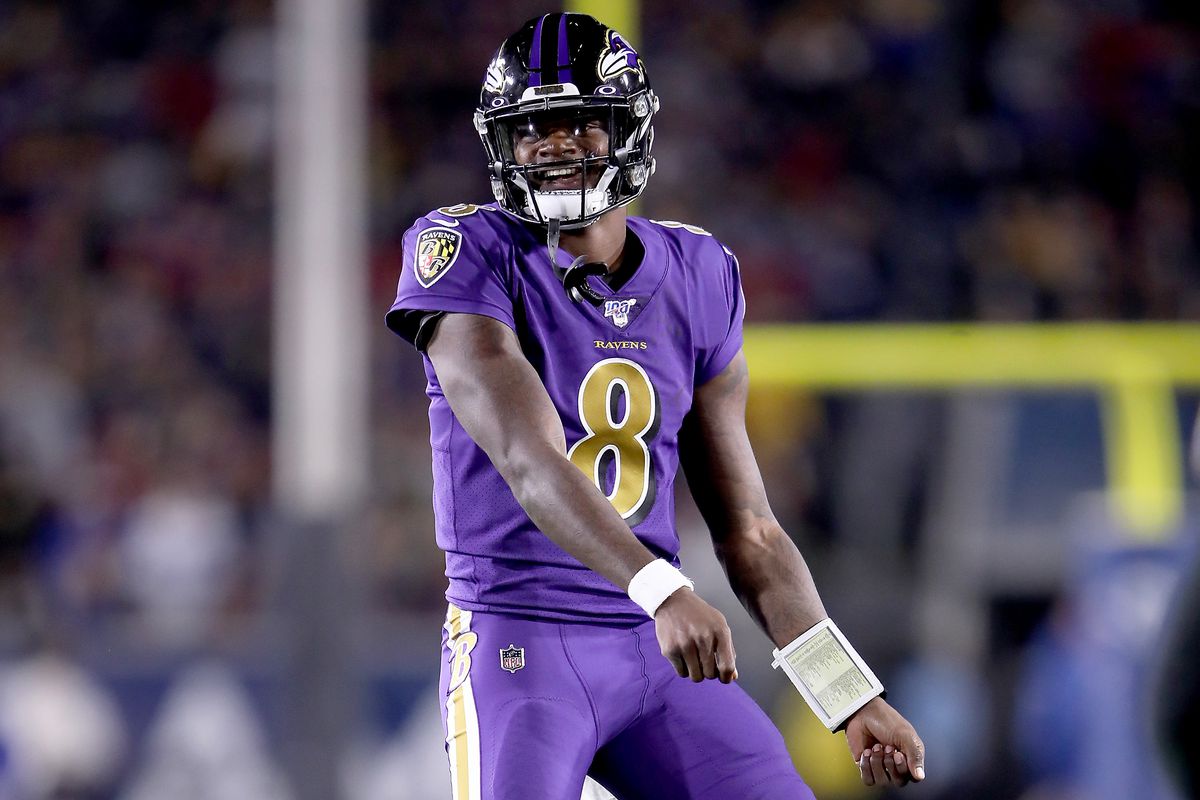 Lamar is always going to be a top story following the Ravens game. On Sunday, he continued to be efficient from the pocket, completing 75% of his passes on 24 attempts and was once again, more of a passer than runner. However, unlike last week, he showed off his scrambling ability more this past weekend, albeit, sometimes being forced to scramble due to awful offensive line play.. This wasn’t the greatest game from Lamar, but it wasn’t a bad game by any means, as he led the team to a W at the end of the day.

During this past Sunday afternoon, the offensive line wasn’t at its best. Yes, the Ravens offense is built on dominating the run game, but the pass blocking aspect NEEDS to be better. Matt Skura, Bradley Bozeman, and Tyre Phillips all did very well blocking for the Ravens’ running back trio, Mark Ingram, Gus Edwards, and J.K. Dobbins, as they amounted for 176 yards on the ground. However, every other passing play it seemed like the offensive line was collapsing from the inside. While I will give a ton of credit to the Texans for the amount of pressure they were able to put on Lamar, the o-line simply needs to be better. With an insanely valuable quarterback in Lamar Jackson under center, the pass protection needs to be more consistent, especially with Chris Jones and the Kansas City Chiefs coming into town on Monday night.

Best Cornerback Duo in the League

As if it weren’t obvious enough already, Marlon Humphrey and Marcus Peters showed why they are considered one of the best duos in the league, as they both contributed to turnovers and played consistently well throughout the contest. Marlon Humphrey had his, now typical, forced fumble, which LJ Fort took to the crib for a touchdown, and Marcus Peters had an incredible superman-like dive for an interception. This performance on Sunday afternoon showed why they are THE best cornerback duo in the entire league.

Tavon Young Done for the Year 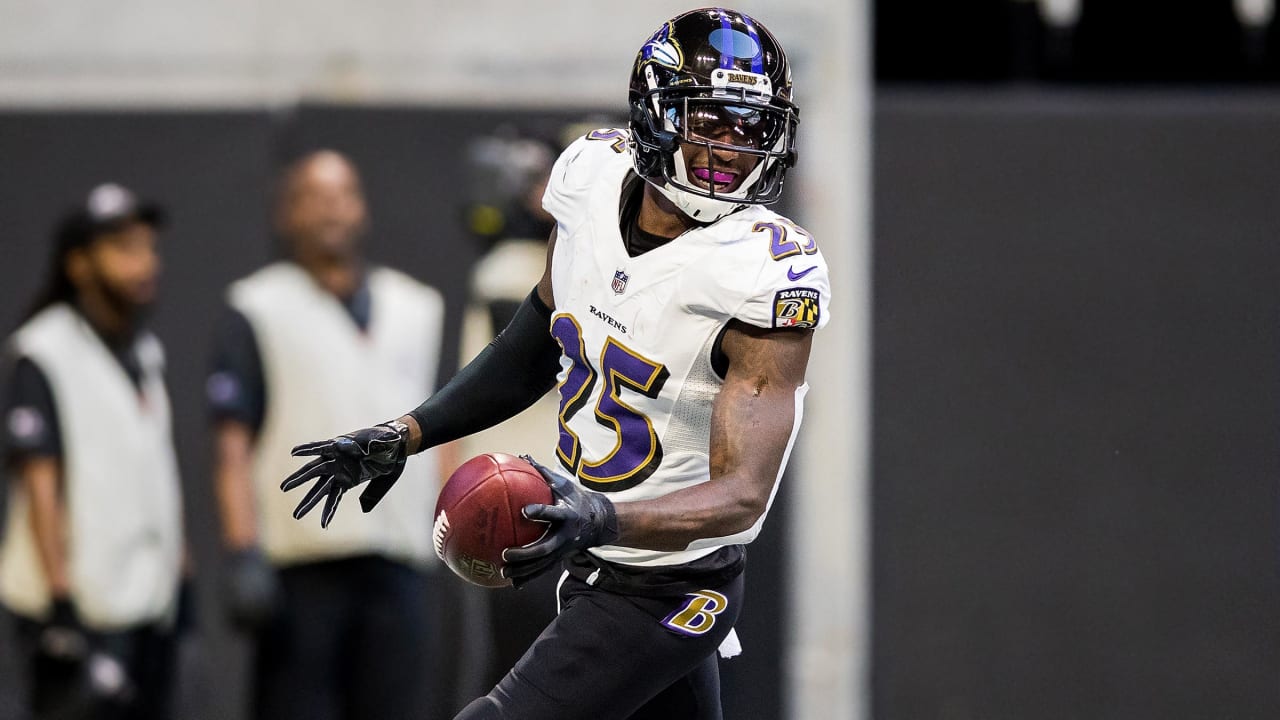 As mentioned earlier in the article, Tavon Young came out of the game early in the first quarter of Sunday’s matchup. What seemed at first to be just a stinger, turned into something much worse. After the game, Coach John Harbaugh broke the dreaded news to the media, stating, “Yes, we did get a final word on Tavon [Young]; it is a torn ACL. It’s only a torn ACL, so that’s a positive.” This is obviously a major blow to the secondary. Bright side to the injury, or not, the Ravens will still be without Tavon Young for the rest of the year. This leaves a gaping hole at the Ravens’ slot corner spot, a spot that third year cornerback Anthony Averett will look to fill. Young, who was given a $25.8 million contract extension in late February of last year, will now miss virtually the entire season for a second straight year, and for the third year in all. Health concerns have been a given for Tavon Young throughout his entire career, but as of now, we can only hope and pray that Tavon can stay healthy and come back better than ever next season.

Coming out of the weekend, the Baltimore Ravens were able to move to 2-0, being one of the eleven undefeated teams left. They did this on the back of consistent offensive and defensive play, and obviously superb special teams efforts like always. Lamar Jackson continues to look like an MVP candidate, even though Russell Wilson seems to be running away with that award at the moment, and is solidifying himself as a top three quarterback in the NFL. The defense on the other hand, has now shown out to be a top five, if not top three in their first two games of the season. Ravens fans, if you weren’t excited about the season going into it, it’s time to get excited, as Baltimore readies to welcome the Kansas City Chiefs into M&T Bank Stadium on Monday, and Baltimore is hungry for some payback!