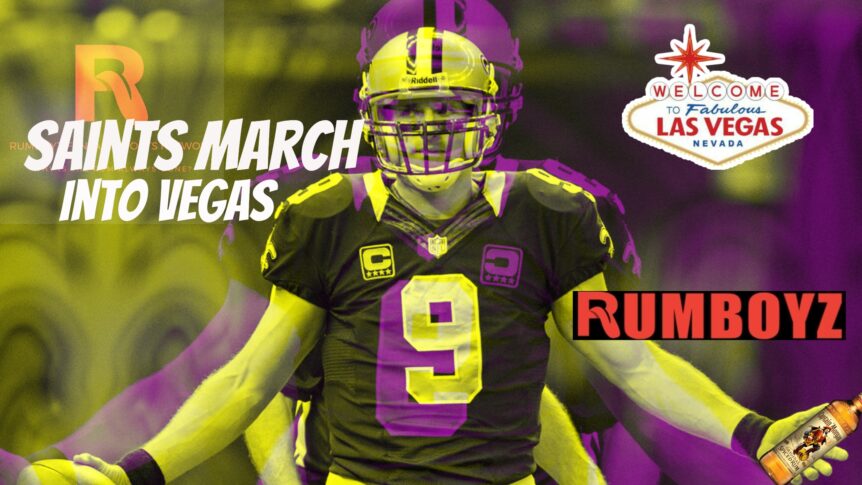 The Saints march into Sin City:

The game opened up with some nostalgia about the Raiders’ storied past. And rightfully so! This is the Raiders’ inaugural game in The City that Never Sleeps, Las Vegas. And what better setting for them to begin their life in The City of Sin than to defend their new home against The Saints of New Orleans.

This past weekend proved to be detrimental to many teams, having 51 players go down to injury. That’s right 51! The Saints had the injury bug bite their number 1 receiver in Michael Thomas in their victory against Tampa Bay in week 1. Luckily, the Saints have a plethora of offensive weapons to pick up the slack surely to be left by The Mike You Can’t Guard. It was obvious that Thomas was missed.

The Saints started the game strong as per usual with a heavy foot on the gas offensively cruising to an early 10-0 lead. Using Alvin Kamara (38.40 fantasy points) in every way to help carve through the Raiders’ defense. Kamara ended the contest with 13 rushing attempts for 79 yards and 2 touchdowns on the ground, and being perfect through the air, catching all 9 of his targets for 95 yards. The shifty back is a no-brainer play in all fantasy formats. The pleasant surprise of the Saints offense was Tre’Quan Smith (13.60 fantasy points) posting 86 yards on his 5 catches. He made sure to try and fill the space that Michael Thomas left. As long as Thomas is off the field, expect Smith to fill his Air Jordan brand cleats.

The second quarter was where the Saints started to falter, being outscored 17-7. Brees had thrown a not too often seen interception to help the Raiders stop the 2-minute drive the Saints were mounting, leading to a field goal that allowed the home team to take them into halftime tied at 17. The Saints should have been ahead by a larger score at this point, and they knew it. The third quarter was not any better. Not sure what Head Coach Sean Payton may have said to the team, but it did not land.

The Saints, who led 17-7 in the first quarter, had found themselves being shut out in the third quarter. Having 17 unanswered points pushed on them like a kid getting bullied into eating mud in the schoolyard. The Saints defense was making Derek Carr look like Tom Brady. Tom Brady who was with the Patriots, THAT Tom Brady.

Jared Cook (9.30 fantasy points) contributed by catching 2 of his 5 targets for a mere 13 yards and a touchdown that saved his fantasy day. Jared Cook is a great tight end and will get more use as the season progresses. The confusing part of this offense was the lack of use of their free-agent signing, Emmanuel Sanders (2.80 fantasy points). Sanders was targeted a mere 3 times catching only 1 of them for 18 yards. Something I honestly don’t believe will happen often going forward. Sanders is too skilled a receiver to not see the ball.

The Saints defense (10.40 fantasy points) was rather abysmal, having 3 sacks in the first quarter and only a Jalen Richard fumble recovery to speak of. However, they did make Derek Carr hurry often, but he had his safety blanket in Darren Waller at every turn. The Saints defense had no idea how to stop Waller, who had 12 receptions on 16 targets for 103 yards and a TD. While Josh Jacobs was great with 27 carries for 88 yards, and 3 receptions for 17 yards, it was obvious Waller was the focal point of the Raiders’ offensive attack.

While the game was hard-fought by the Saints, alas, it was the “Sinners” that won the battle. In a press conference after the game, Coach Sean Payton stated “the offense has been average at best these first two weeks.” I have to say I agree. Another issue was the 129 penalty yards accrued on 10 infractions by the Saints. Something like that is the difference between a win, or in this case, a loss. Finishing with a final score of 34-24, there is no reason to fear for the Saints, they will continue marching toward that ultimate goal of another Lombardi trophy.

They march back to the Super Dome for another tough fight against Aaron Rodgers and the Green Bay Packers. I can tell you one thing… After a loss like this one, Green Bay had better bring their “A-Game”.