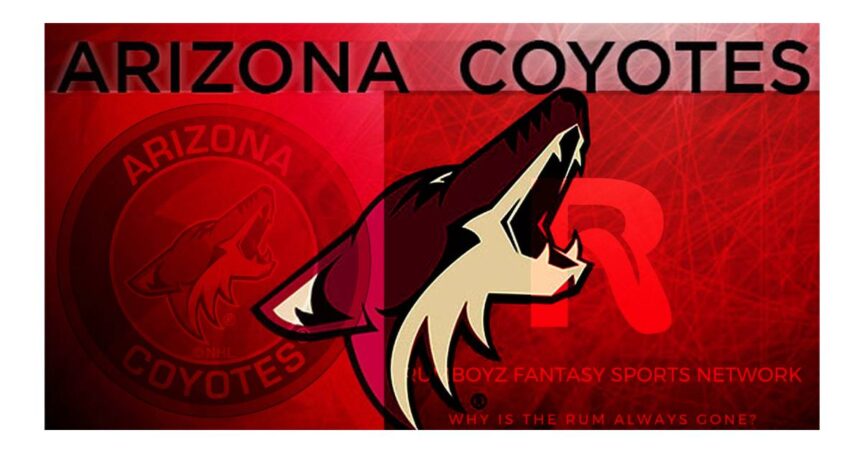 NHL: What’s Going On With The Arizona Coyotes?

John Chayka stepped down as General Manager and President of Hockey Operations terminating his contract with 3 years left he received the job at only 26. Throughout the fallout, Alex Merulo’s ownership did not trust Chayka neither does he. Pierre McGuire now broadcaster previously worked for the Pittsburgh Penguins the closest candidate for a new GM role. Steven Sullivan serves as interim general manager temporarily previously assistant general manager. The league punished Arizona for illegally testing out prospects losing 2020 2nd and 2021 1st a $250,000 fine was added too. They only have 1 top-3 round pick both this year and next year that their 2021 2nd.

One of the biggest moves during the trade deadline was Taylor Hall/Blake Speers acquired for 2020 conditional 1st, 2021 conditional 3rd, Nate Schnarr, Nick Merkley, and Kevin Bahl. Looking back at the trade New Jersey has now 3 first-rounders. Hall is a free agent this summer without an actual GM to renegotiate his contract might not get extended for 8 million. Has played with 3 different teams across 12 seasons. The best season was in 2018 where he won the Hart MVP award while carrying New Jersey throughout the playoffs losing the hands of Tampa, a recurring theme in his postseason runs. Acclimated 218 goals, 345 assists, and 563 points total of 657 games. Whatever means necessary Yotes must resign Taylor Hall this is going to be interesting sweepstakes for the best left-winger available. Teams can start giving out contracts by October 9th free agency officially starts.

Defenseman captain Oliver Ekman-Larsson signed a huge deal continuing the next 7 years taking on a high 8.5 million cap hit to keep in my kind the no-trade movement clause, His decision traded or not. In the past, he has shown reliable 2-way D-men during a career span contributing 50 or 70 points also getting a couple of Norris votes. They’re going to be a roster shakeup for sure trading an asset like Ekman-Larsson is the answer for a change. In return, Arizona replenishes a big haul of draft picks. A team that can take on a high asking price gets “OLE” at least 3 good prime years left. The market for defensemen is getting increasingly overpay more now the price trending towards higher. Alex Goligoski, Niklas Hjalmarsson, Jacob Chychrun, Jason Demers, Jordan Oesterle, and Ilya Lyubuskin contracts expire for this and next summer. Expect significant changes for the Arizona blue line.

Darcy Kemper had a great performed against an offensive juggernaut Colorado Avalanche recorded 9.13 SV%. One of the best goaltending tandems might split up I’ll say keep Kemper and ship Raanta out. The youth movement is set for Arizona whether it’s Christian Dvorak or Clayton Keller.