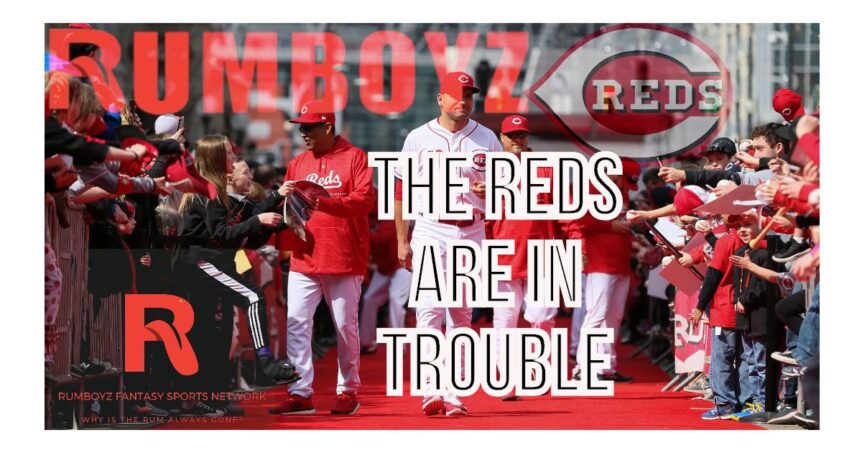 The Cincinnati Reds are in a bind.

They have pushed themselves to this trouble with no one else to blame as an incompetent group of executives has brought this down. I am of course referring to Nick Krall, David Bell, Bob Castellini, and everyone in the front office. It’s a result of the carelessness, ignorance, and stupidity of many people involved with the team.

The year is 2013. The Reds are going to PNC Park to play the Pittsburgh Pirates in the Wild Card game. The roster has good players- including the names of Todd Frazier, Prime Joey Votto, Shin-Soo Choo, Jay Bruce, Zack Cozart, Homer Bailey, Johnny Cueto, Aroldis Chapman, Bronson Arroyo, and others. The Pirates win that game 6-2, as Russell Martin and Marlon Byrd combine for 4 RBI’s in the Bucs win. The Reds decided to break apart that solid team and build for the future. A timeline of important events:

2014: Alfredo Simon and Mat Latos are traded, for Eugenio Suarez and Anthony DeSclafani

2016: Jay Bruce and Brandon Phillips are traded, Reds allow most HR’s in a year in MLB history (which was broken by the 2019 Orioles)

The Term of Nick Krall (2018-present), and an attempt to compete

After the 2018 season, and in the first off-season Nick Krall was the GM, Nick wanted to compete, and compete now. He traded for the struggling Sonny Gray in the off-season, a crucial addition. The Reds historically have always been an offense-first team, but have not had the pitching to be very successful. So it made plenty of sense for the Reds to go after an ace like Sonny. They also completed a blockbuster trade with the Dodgers, who, at the time, were unsuccessfully trying to clear cap room to sign Bryce Harper. The Reds sent Homer Bailey, Jeter Downs, and Matt Kemp to the Dodgers for Yasiel Puig, Kyle Farmer, Curt Casali, and Matt Kemp. The Reds in 2019 disappointed, specifically the offense. Puig was dealt at the deadline after a bad start, Kemp was released in April, and Farmer and Casali never really saw playing time. Suarez mashed, setting the Venezuelan and the NL 3B record for Home Runs, with 49 big flys.

Then the 2019-2020 off-season. The Reds make a massive splash, giving 4 year/64 million dollar contracts to Mike Moustakas and Nick Castellanos, a 2 yr/15 mil deal to Wade Miley, and a 3 yr/21 mil deal to Shogo Akiyama, the Japanese superstar.

The offense has gotten worse, despite the 149 million dollars put into that unit. Some players off to slow starts include Josh VanMeter (traded to Diamondbacks), Tucker Barnhart, Mike Moustakas, Shogo Akiyama, and Eugenio Suarez. While sabermetrics do say the Reds have been unlucky, and that is undoubtedly true, that isn’t going to win us compensation games.

I’m not an MLB GM. Their job is very difficult. But the Reds poor team management has hurt them. As of right now, it is very difficult to get out of this, but not impossible. Before I go into the logistics, here is a layout of the team.

Curt Casali has arbitration next year and will be on the free market for 2022.

Jose Garcia (Just came up to the big leagues, has full 6-year tenure with Reds left)

Freddy Galvis (Free agent this offseason, will not be resigned)

Eugenio Suarez (getting paid around 10 million per year until 2026)

Jesse Winker has arbitration for the next 3 years and is a FA in 2024.

Nick Castellanos has an opt-out clause after this year AND next year and will earn 16 million a year every year he is in his current contract.

Brian Goodwin has arbitration for the next 2 years and hits the FA market in 2023.

Aristides Aquino is under team control 5 more years and will hit the FA in 2026 if he is on the active roster every day. This is very unlikely, as Aquino has not performed very well.

Nick Senzel is under team control for 4 more years, and he reaches the FA market in 2025.

Luis Castillo has arbitration for the next 3 years and is a FA In 2024.

Tyler Mahle has arbitration for the next 3 years and is a FA In 2024.

Trevor Bauer will hit the FA market after 2020.

Anthony DeSclafani will hit the FA market after 2020.

Tejay Antone just came up to the big leagues this year and has a full 6 years of team control remaining.

So there is the layout of the Reds in their current form.

The Reds in the off-season need 1 thing that they can’t find in their farm system: A great LHP out of the bullpen.

This off-season, the main story is going to be how teams respond due to the impacts of COVID-19. So the Reds (being very conservative financially anyways, even without a pandemic) are not going to be handing out any big contracts. But I think Jeremy Jeffress, the lockdown LHP for the Chicago Cubs, is going to be the prime target for the Reds this off-season.

He has a 3-1 record and a 1.06 ERA in 17.0 IP. This is no fluke, as he has a career ERA just above 3, which is above league average. The Fastball/Split-finger/Curveball pitcher has taken strides in improving his “stuff” (aka break, movement, etc.) to get a lot more swing and misses out of opposing hitters. He’s been in the NL Central most of his career, and this off-season I definitely can see him going to the Queen City.

I see the Reds contending for the postseason in 2021, but being 2 or 3 games out of the 2nd wild card spot. The years 2022-2024 is going to be crucial. The Central is going to be undergoing a lot of change during those years, between retirement, free agency departures, and player regression. If the Reds can take the Central those years, the botched rebuild wouldn’t be much of a failure. After 2024, (as you can see by the contract layout above), it will be the Reds time for a change. And then the endless cycle of Reds fans’ pain starts going in full swing again.

For random sabermetrics, Reds Rants in 280 characters, #MLBTwitter at it’s best, and overall a good time, make sure to follow me on twitter @RumboyzEricTS.