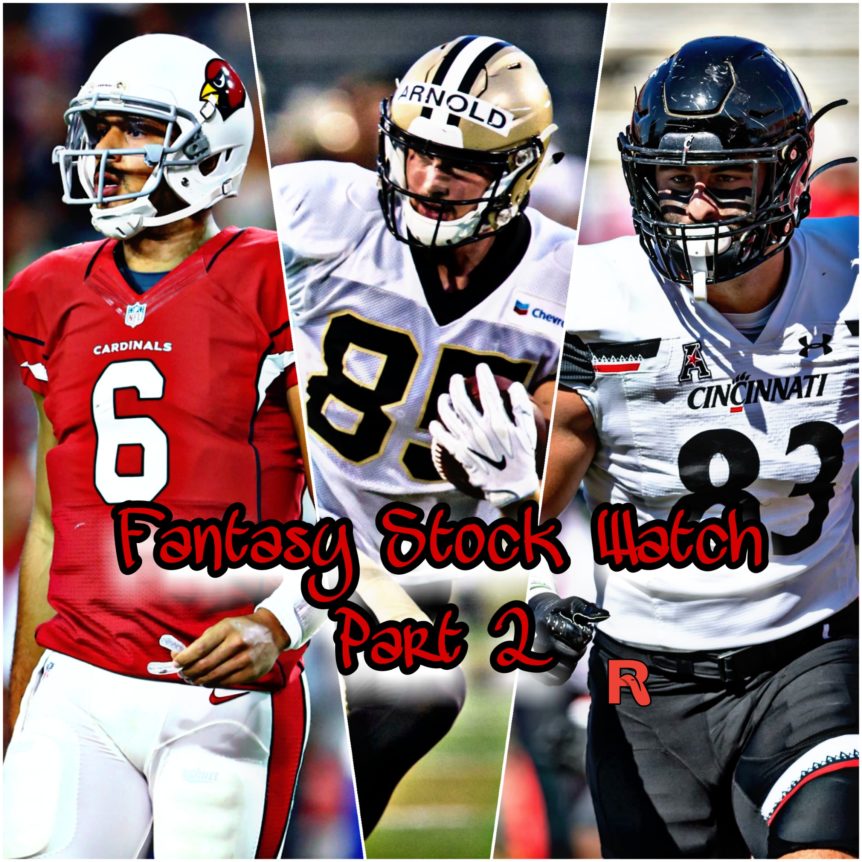 Welcome back to the stock watch series as we continue a deep dive at the tight end position. The stock watch is an attempt to identify and target breakouts in fantasy football while simultaneity recognizing the value of other players relevant to the position. This time we will move away from the mid to late-round targets that have been continuously hyped by the fantasy community since Stock Watch Part 1 was released. In the first part of this series, tight end breakout value was discussed in terms of opportunity. When the top options have already been selected at your draft, it is imperative to identify the next potential fantasy star. See the excerpt from part one of this series below:

“Recognizing this year’s Mark Andrews or Darren Waller is vital in a scene where there are less than a handful of top-notch fantasy assets to consider.
For Mark Andrews, we saw a rise in his usage late last season after Hayden Hurst went down with an injury. Usage could be a combination of snap percentage and/or target/carry share in an offense. Given Lamar Jackson’s tendency to hyper-target the TE position on the team, we could see the potential breakout coming for Andrews as he stepped into vacated targets.
In Waller’s case, the tea-leaves were spread out before us in the off-season during HBO’s Hardknox series. Antonio Brown was supposed to be the team’s target hog and downfield threat. With no true WR 1 on the Raiders and all the praise Coach Gruden dished out on the show, there was seemingly no way Waller would not excel.
Andrews and Waller share a commonality, opportunity. Opportunity is key for fantasy relevance, especially at the tight end position. Movement in players’ fantasy values based on a new opportunity or the vacancies left behind can help us identify potential 2021 breakout candidates at the position before our competitors do.”

Last time we looked at the movement of players’ value within the relevant fantasy tight end position. Players such as Eric Ebron, Austin Hooper, Hayden Hurst, and Jack Doyle’s values were assessed after the hustle and bustle of early free agency. Not all of the players just mentioned saw an uptick in their fantasy value. Conversely, some took a dip or made a lateral move in terms of opportunity. Cutting into the same vein, we will look at an entirely new group of tight ends.

This column will try to shed some light on some lesser-known prospects at the position. These are a few guys with the potential to have splash plays this season and eventually work their way into a larger role in their offense. The key to these young fantasy tight ends is their path to playing time. When buried in the depth chart, a prospect can have an extremely difficult road on the way to a “breakout”. The opportunity to score fantasy points will often have me siding with a certain player over another prospect with greater talent or workout metrics.

Standing 6’6″ and weighing in at 220 lbs, Dan Arnold has not gotten in much work heading into his 4th NFL season. His relevance is due to the splash he made in the final 3 games of last year following being picked up off waivers by the Arizona Cardinals via New Orleans subsequent week 14. 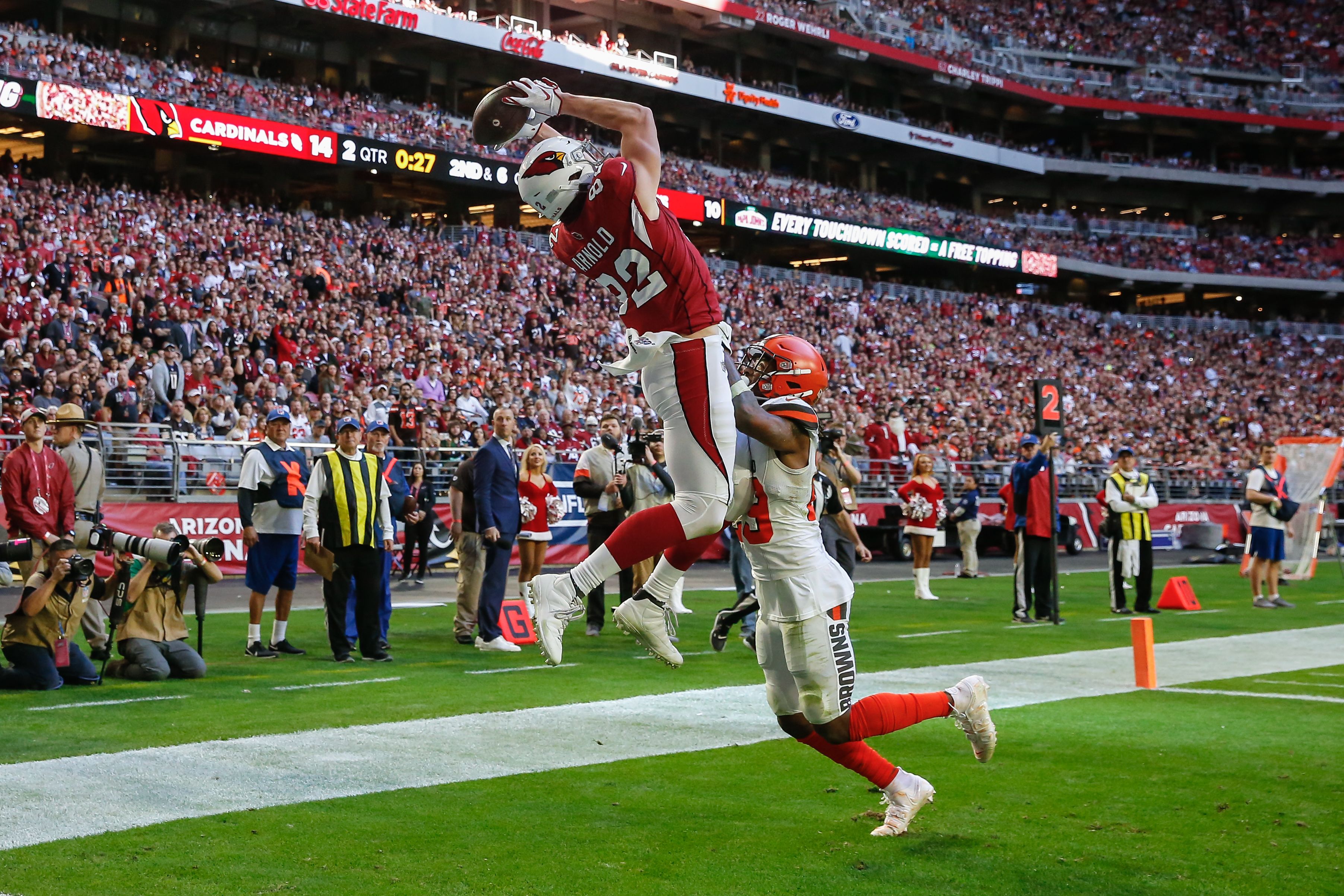 Kyler Murray showed an immediate connection with the 25-year-old stating, “I’ve never had a guy that big do what he can do.” Arnold fashioned himself as a RedZone threat upon arriving in Arizona despite working behind Charles Clay, Max Williams, and Darrell Daniels. With Charles Clay now out of the room, Arnold has propped himself up to compete with Willaims for the top spot. In 3 games with the Cards Arnold caught 6 passes on 10 targets for 102 yards and a pair of scores. His snap percentage increased each week going from 18% and 26% in weeks 14 and 15 before jumping to 44% in the season finale where he caught 4 of 6 targets for 76 yards and a touchdown. His 4 total targets over 14 weeks with the Saints in 2019, along with being stuck behind Jared Cook and Josh Hill, was enough for New Orleans to send the undrafted TE from the University of WI Platteville to the waiver wire. One man’s trash is another man’s treasure, or in this case RedZone gold. The rapport gained with Murray over a brief stint is hard to ignore, making a prime and somewhat obvious candidate to breakout when compared to some deeper dives in this article.

As stated earlier, crowded positional rooms do not look attractive when eyeing potential breakout candidates. The football team in Washington is also a hot mess at the moment, but with all that aside Logan Thomas appears a decent shot to earn a chance at the starting tight end spot. 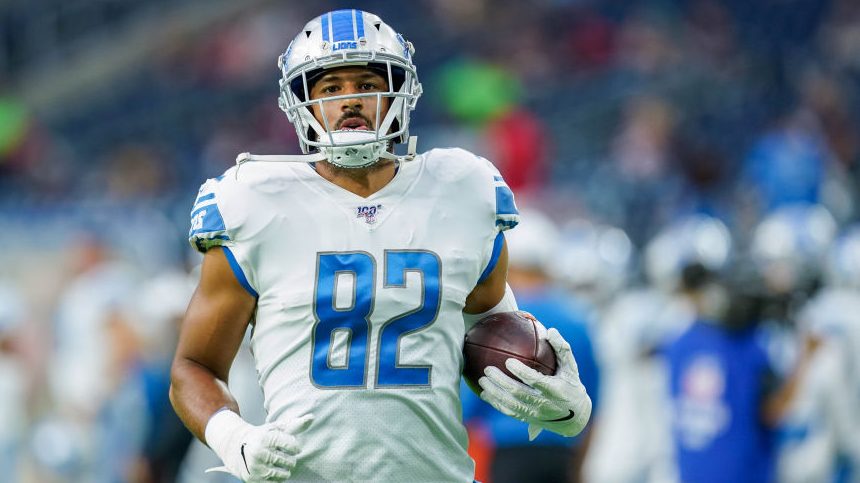 Snap competition will stem from a TE room filled with unproven rookies (undrafted) and a slew of veteran journeymen. The competition will come from names such as Richard Rodgers, Hale Hentges, Jeremy Sprinkle, and Thaddeus Moss now that Jordan Reed is out of the picture. Washington saw enough of Thomas in an ancillary role and depth piece option for Detroit last season that they opted to sign him for 2 years at $6.15 million. While Thomas is already 29 years of age, he is a converted QB that has been steadily improving his craft at tight end since entering the NFL in 2014. He has received comparisons to Greg Olsen from new head coach Ron Rivera, but we can most likely chalk that up to coach-speak. At 6’6″, 250 he will likely find his way onto the field behind a similarly built Jeremy Sprinkle. When comparing the two’s metrics it’s clear that Thomas holds a distinct advantage in nearly every category as he doesn’t dip below the 71st percentile in any section. He holds specifically large gaps in burst, agility, and catch radius scores over his counterpart. It has been noted that TE coach Pete Hoerner is excited about Logan’s athletic abilities along with his football IQ.

Josiah Deguara leaves something to be desired when taking a gander at the physical nature of a prototypical TE in the NFL. Deguara’s 6’2″ frame doesn’t scream RedZone threat; however, the 23-year-old scored 12 times in his final 2 years as a Cincinnati Bearcat with a catch rate hovering just below 64%. The Packers’ 3rd round selection (94th overall) has the draft capital to throw himself into the mix for playing time in year one. He ranks second in Bearcat history as the highest drafted player from the school, only behind Travis Kelce who was taken 61st overall in 2013. He posted exceptional metrics at the combine, finding himself in the 63rd – 68th percentile in burst score, agility score, and the 40-yard dash according to playerprofiler.com. 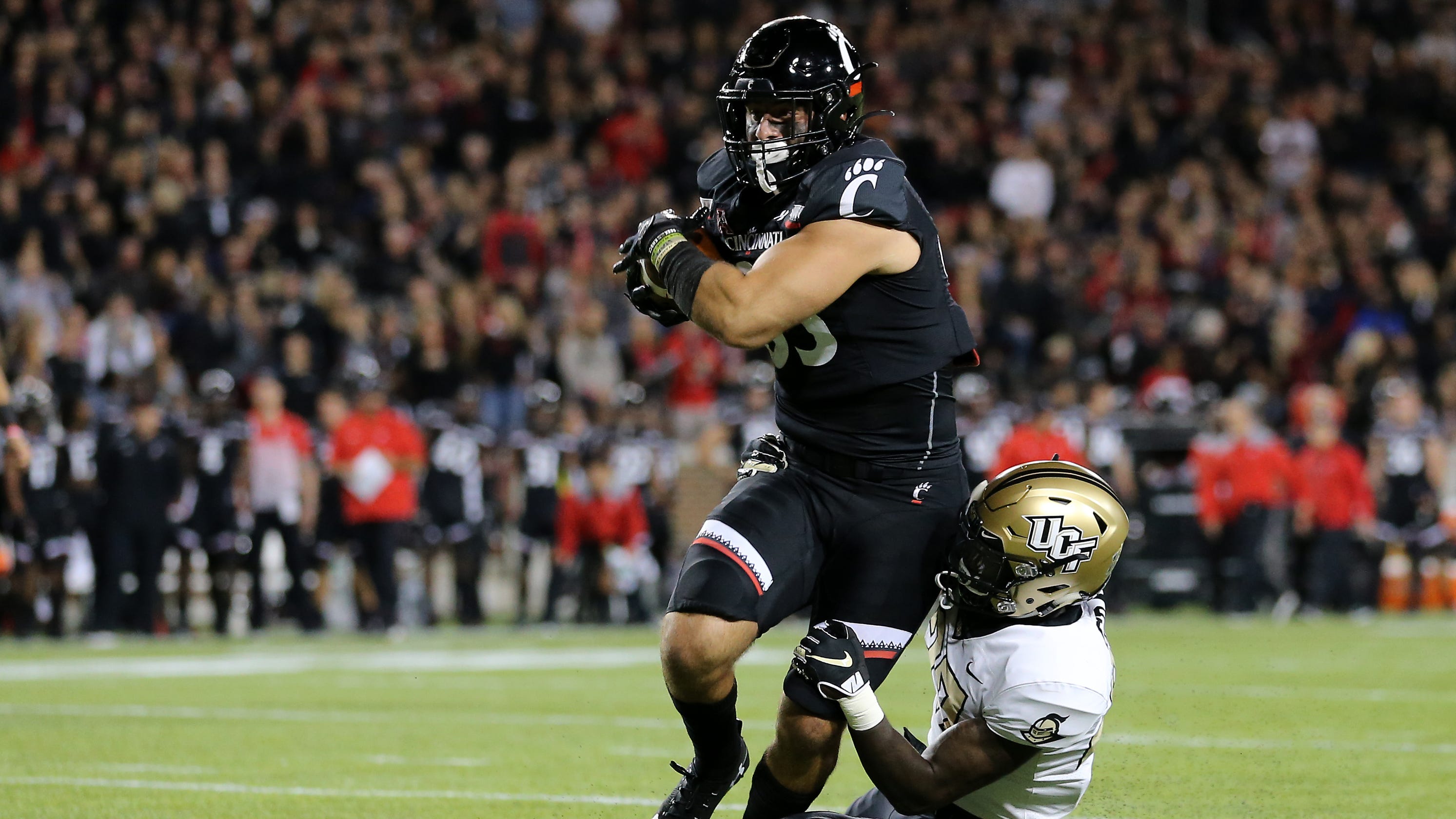 Green Bay noticeably lacked pass-catching playmakers for Aaron Rodgers a season ago and Deguara was the only selection added during the draft that could potentially fill that need. The Packers parted ways with TE Jimmy Graham leaving only second-year player Jace Sternberger, veteran Marcedes Lewis, and Robert Tonyan to battle with Deguara for the starting role. Deguara should leapfrog Tonyan who was a UDFA signing by the Lions in 2017 and just had core muscle surgery around 4 months ago. Lewis has been in the league since 2006 and only saw 19 targets a season ago. One would figure it’s Sternberger and Deguara as the future for the ball club heading into the 2020 season.