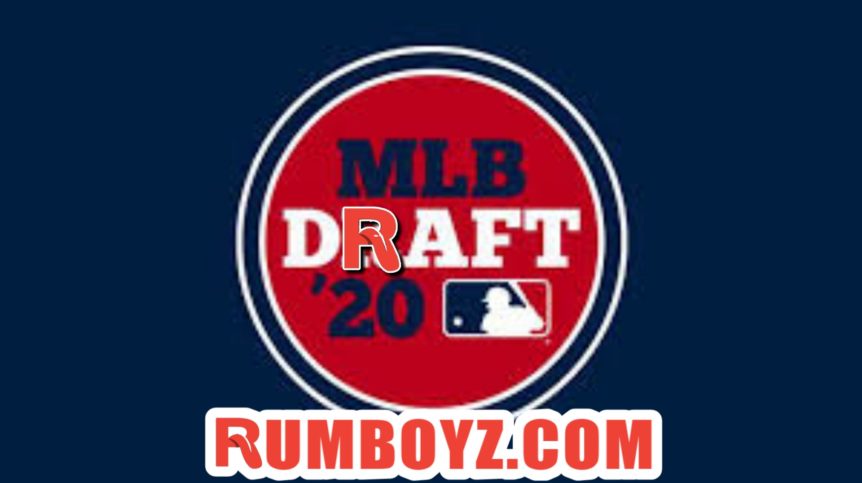 The Major League Baseball Draft is upon us, with teams making selections Wednesday, June 10th, and Thursday, June 11th. Due to the COVID-19 pandemic, the MLB draft has been shortened to 5 rounds, and there is limited film to show improvement from last year to this year. I would like to take this time to apologize to the RumFam, I intended to have player profiles up for the MLB draft, but the date snuck up quickly. I was sadly not able to provide that, but I will still be doing a lot of things post-draft, so do not fret. I strongly encourage heading over to MLB pipeline if you don´t know these players well, because they do some excellent scouting reports, and in this article, I am just going to go over their specialties briefly.

Miguel Cabrera has begun to get long in the tooth and his performance has been on the decline. The Detroit Tigers have no quality first baseman in the farm system (none in top 30, no other relevant guys either), but Torkelson is a plus bat with great power, similar to Andrew Vaughn, the #3 overall pick in 2019 who went to the Chicago White Sox. Torkelson is a player that draws a large number of walks and could have an elite .280/.370/.430 hitting slash with 30-40 home runs under his belt, similar to a prime Joey Votto if he reaches his full potential. Spencer also hits the ball all across the field, able to go with opposite-field without trouble, but lacks speed, and has average, yet improving defensive skills.

Popular opinion, the Baltimore Orioles are the laughing stock of Major League Baseball. They do however have some bright young talent both in the majors and (mostly) in the minors. Baltimore has no real third baseman unless you account for 2B/3B Rylan Bannon. With all due respect, he probably won´t pan out with this all-or-nothing offensive game that translates to a bunch of swings and misses. Austin Martin was the cornerstone of a Vanderbilt team that was going to battle with Louisville for the College World Series before COVID-19. Martin possesses great contact abilities, excellent speed, and fielding abilities, but is only average in the power department. Honestly, that doesn’t matter much if anyone can hit 10-15 home runs with Manfred´s juiced baseballs.

The Marlins have a ton of hitting talent in the majors already (Jonathon Villar, Jon Berti, Corey Dickerson,) and with more in the minor leagues (Lewin Diaz, JJ Bleday, Victor Mesa) it is probably best to go after pitching help. The Marlins would have a solid LHP trio with Lacy, Trevor Rogers, and Braxton Garrett, in addition to Sixto Sanchez and Jorge Guzman in the starting rotation. Don´t look now, but the Miami Marlins could be a serious competitor in 2023 through the end of the decade with that pitching staff.

The Royals have some great pitchers in the minors (Brady Singer, Daniel Lynch, Jackson Kowar,) so it would be wise to spice up the future lineup with the high school phenom. Zack Veen has decent contact abilities, not quite as good as Austin Martin though. He does have slightly above-average power working for him. His speed is also average, while his fielding and arm are slightly above the norm. Zac Veen, only 18, will have plenty of time to develop in the majors and would be a great asset for the Royals.

The Blue Jays have Vladimer Guerrerro Jr., Bo Bichette, Cavan Biggio, Lourdes Gurriel, and plenty of young hitting talent. Time to shake things up in their bullpen with the all-around stud of Emerson Hancock. He has a commanding fastball and good-at-worst breaking pitches. Hancock has drawn comparisons to Detroit Tigers´ 2018 #1 pick Casey Mize, which is pretty darn good for a player not even drafted yet. Like Miami, Toronto has a bright future ahead, so look out for Blue Jays if they select Hancock.

The Mariners have a pretty good offense for the future, however, there is only one decent 2nd baseman in the system, and honestly no relevant shortstops, so Nick Gonzales will essentially play a middle infielder utility role, whether that be at 2nd or at short. He has great hitting abilities, but below-average power, slightly above average speed, and average fielding ability. I see a little bit of Nick Senzel in him (maybe just my Reds stained mind, but still) as he and Senzel have similar versatility and similar strengths. I think the Mariners would be pretty happy with that kind of player for years to come.

At this point in the mock draft, there is an elite outfielder available, but the Pirates have Bryan Reynolds in the majors and 3 outfielders in the top 10 prospects, so their outfield is crowded at the moment. Reid Detmers out of the University of Louisville was an absolute stud LHP to pair with probable 1st/2nd rounder Bobby Miller to lead the Cards faithful deep into the College Baseball Playoffs (3rd-to-last team standing). Remember Brendan McKay, another former Cardinal? Those two are very similar (formed in typical Dan McConnell fashion), except Detmers has way less stuff in his arsenal. He was making progress this year, with a whiff rate of near 20 per 9 innings in 2020. That is amazing! Pure stud.

The Padres get an outfielder with some undeniable pop in his bat here. Kjerstad is a homer-or-strikeout guy, which fits the Padres better than most other teams. Overall, Kjerstad hits for a less than ideal average. He has subpar speed but has a nice arm, which fits the right-field position perfectly.

A top 5 prospect in my eyes, and a top-10 prospect to most, Garrett Mitchell is a Billy Hamilton type of player. Except he possesses more hitting ability (which a lack of killed Hamilton) and slightly less speed. He is still a huge stolen base threat despite this. Mitchell plays about average defense in center field, though he is showing great improvement there.

Max Meyer has a fastball-slider 1-2 combo, with probably the best slider in the class. The Angels desperately need pitching, and Max Meyer can be that ace that they desperately need, means they failed to sign Gerrit Cole.

The White Sox have young talent in Luis Robert, Yoan Moncada, Lucas Giolito, and they also have Yasmani Grandal. While Grandal isn´t young, he is still a nice bat in the lineup and he makes the team better. The White Sox do not have much left-handed pitching and they need to address that this draft. I see them taking the best LHP available in Garrett Crochet, which would help balance out their staff.

While the Reds had great pitching and poor hitting in 2019, the offseason additions of Castellanos and Moustakas mean the Reds *only* have two offensive weaknesses, Catcher and Shortstop. The Reds have Tyler Stephenson (C) likely to come up this year, and Jose Garcia (SS) this year or next. Offensively, the Reds are reliable, and most of their talent is younger and locked into contracts. With that in mind, the reds would be inclined to go with pitching here. The Reds are also likely going to lose Trevor Bauer and Anthony DeSclafani this year, which would mean that there are holes in the rotation. Cade Cavali is the best pitcher available.

The Giants won 3 World Series titles this decade, so understandably their team is mostly old veterans at this point. Their minor league system isn´t the greatest, even though there is some decent talent. The Giant’s pitching is not good in the majors, and there aren´t many pitchers in their minor league system, so they would be happy to get a big right-hander in Mick Abel.

The Rangers have an abysmal, and aging, platoon at catcher right now. They would be better off having Pudge Rodriguez suit up. Soderstrom will add some pop to that lineup, and he will come up with the rest of the Rangers minor league talent.

The Phillies should take Austin Kendrick, a player who fits into their niche of average contact but above-average power. Kendrick has a massive upside, but he does strikeout more than what would be ideal. Again this is the same team that paid Bryce Harper 330 million to strikeout 32% of the time (and that will likely only go up as he goes through the inevitable decline).

The Cubs have some question marks on the pitching staff, and Kelley could headline the future for Chicago.

The Red Sox don´t pick until pick #89 due to the sign-stealing scandal (don´t steal signs and you keep your second-round pick) so they take a high school phenom with endless potential in Nick Bitsko. He fills the position that the team consistently struggles with.

Crow-Armstrong is a pure center fielder and a great one too. An above-average hitter with below-average power, a good arm, great speed, and he is probably the best defensive CF in the class. He fits the Diamondbacks lineup well.

The Mets bullpen sucks. There is no other way to put it. Wilcox played as a reliever most of his time at Georgia, so he does fit there. The Mets would have been a 90 or 95 win team had they had an actual bullpen instead of the garbage, incompetent bullpen that the currently have.

The Brewers recently overhauled their ball club. There are still pitching holes in Milwaukee, so Cecconi will be a good player if they can bring him along in development.

-The Rest of the 1st Round: