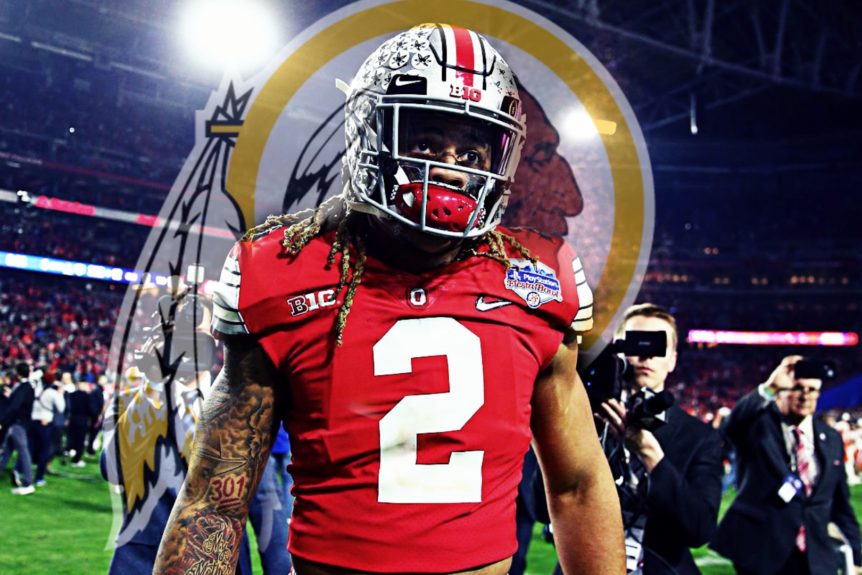 Round 1- Pick #2: Chase Young, DE, OSU
The Redskins selected the best player in the draft with their #2 overall pick. Chase Young had 16.5 sacks and 6 forced fumbles as a Junior at Ohio State. Young can come in and contribute right away for Washington with his freakish athleticism. He will join a defensive line in Washington that already boasts Montez Sweat, Jonathan Allen, Matt Ioannidis, and Da’Ron Payne. Chase Young can take Washington over the top and turn the Redskins into an elite defense for years to come.
A+

Round 3- Pick #66: Antonio Gibson, RB/WR, Memphis
Antonio Gibson is an offensive weapon who can contribute in the run game, pass game, and also provide help with returns in special teams. Gibson is insanely good with the ball in his hands as he averaged 19.3 yards per catch and 11.2 yards per carry in his senior campaign at Memphis. In the same year, Gibson had 12 touchdowns on only 71 plays, which means he scored on 17% of his time on the field!
B+

Round 4- Pick #108: Saahdiq Charles, OT, LSU
The Redskins managed a second-round talent in the fourth-round! Saahdiq Charles was a three-year starter at LSU and is only 20 years old. Draft as many LSU players as possible. He has championship pedigree, but the knock on Charles was that he was suspended at LSU for drug-related issues, thus his discounted value and plummet in this year’s draft. If Ron Rivera can keep him out of trouble, Charles should develop into a solid LT to protect Dwayne Haskins.
A-

Round 4- Pick #142: Antonio Gandy-Golden, WR, Liberty
Golden is a 6’4″, 220 lbs WR who amassed 79 catches for 1396 yards as a Senior at Liberty last year. Golden is a perfect complement to Terry McLaurin and a terrific fit for the Redskins scheme, that was lacking a big red zone target. Antonio has a golden-opportunity for red-zone looks in this offense.
A+

Round 5- Pick #156 Keith Ismael, C, SDSU
Keith Ismael is a very versatile player who can play either guard or center on the offensive line. Ismael might be a reach for Washington at this point in the draft, but he could develop into a starter in the near future.
B-

Round 5- Pick #162 Khaleke Hudson, OLB/S, UM
Khaleke Hudson is another hybrid player who can handle two positions. His versatility can lead him to contribute right away on special teams.
B+

Round 7- Pick #216 Kamren Curl, S, UA
Kamren Curl is primarily a safety but can also play at cornerback. Curl had 2 interceptions and 2 forced fumbles as a Junior at Arkansas last year. There is a solid chance that Curl will be able to contribute to a thin secondary group in Washington.
B

Round 7- Pick #229 James Smith-Williams, DE, NC State
Smith-Williams is a raw prospect but fell in the draft due to injuries in college. This pick does not make much sense for the Redskins because their defensive line is very strong, and there is not much space on the roster for more DE’s.
C-

Overall the Redskins had a very solid draft. They got the best player this year in Chase Young, who will make their defense immediately better and will be the front-runner for Defensive Rookie of the Year (DROTY). Washington also got a few weapons for Dwayne Haskins after drafting Antonio Gibson and Antonio Gandy-Golden. They also added a potential starting left tackle in the 4th round with Saahdiq Charles.