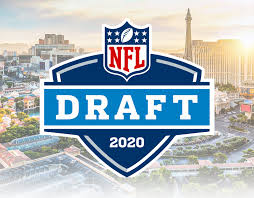 Because of certain circumstances and time restraints these breakdowns will continue and probably be much more consistent. I will now be grouping certain players together in these articles and for this specific breakdown it would feel weird to not put the “elite” level offensive-line prospects together in the same article as the debate for their rankings and projections are heavily debated by scouts and the media in general.

Andrew Thomas, LT, Georgia
Measurements- 6’5/315
40 yard- 5.22
2019 Season: Thomas has been a mainstay at left tackle his whole entire career at Georgia. While the Georgia oline wasn’t the best this past season Thomas was not to blame. He was just as prolific as his last two years, as he only gave up 1 sack this past season. Also Thomas has had no injury questions as he only missed one game during his college tenure and that was due to a knee sprain.

Note: Notice how his position is stated as a left tackle and not an offensive tackle, this is due to the fact that I cannot fathom the idea of him moving to the right side. At a point of playing a sport it becomes muscle memory and after nearly a decade of playing left tackle I don’t see Thomas moving anywhere else.

My grade: Thomas does have his flaws and he isn’t either the best run blocker or pass blocker in this class. However he is the most balanced, and there is a high value in being secure in both facets of the game. For this reason he is my highest rated rated Tackle in this class and my no.5 player overall.

Projection: Of course this class is very subjective when it comes to the offensive lineman however I still see Thomas as a lock for the top 15.

My Comparison: He does remind me a lot of Laremy Tunsil. A very well built LT who is very well balanced in both the run and passing game. When it comes to their draft position I do believe they fall victim of over analysis. As their tape speaks for itself.

New York Giants: The Giants need both tackle spots as Nate Soldier is not the answer and protecting Daniel Jones’ blind side has to be the top priority.

New York Jets: This is the least likely of the three best fits however it is in no means a bad fit. Sam Darnold like Daniel Jones needs to be better protected as Darnold’s down fall or Achilles hill is the fact he sees ghosts. He senses pressure that isn’t there, and the only way to break a habit is to work through it and Thomas will aid this process.

Cleveland Browns: With the Browns signing Jack Conklin they are still in need of a true left tackle. Thomas’ fit is ideal, he is very well balanced as stated and will fill the biggest need for the Browns and hopefully propel the them to the level many saw them achieving this past season.

2019 Season: Wirfs in a sense disappointed the media, however that was because the media placed astronomical expectations on this young man. He had a great year, he still profiles as an athletic specimen and a great football player.

Note: Wirfs is a right side lineman, while some may devalue Wirfs because of this. However his versatility pretty much guarantees his ability to a top tier player on the o-line at either position. Wirfs in my opinion is a very safe and cautious pick. He is the most bust proof offensive lineman in this class.

My Grade: Wirfs is my second offensive tackle in this class. While this may be a more common take after the combine the combine more so reassured what I saw on his tape. He is an athletic freak with the technical ability to become one of the greats. His main issues stem from either his body- his arms- or I hate to say it but lazy play. He gets on his toes when he is tired and leans when he doesn’t want to shuffle. The one true issue I see with Wirfs is his tendency to over slide but that is just because his get off is so fast. I have him as a lock for the top 11.

My Comparison: I hate comparing a player to one of the best players at their position but it just fits. Tristan Wirfs reminds me too much of Trent Williams. While Williams is a left tackle and Wirfs will play on the right both of them projected as high level athletes who are those rare cases in which their technical ability matches their again insane athleticism.

Arizona Cardinals: This is almost a lock. After the cardinals traded for Deandre Hopkins the Cardinals are going offensive line at pick 8. With DJ Humphries getting that big time extension the need for RT is astronomical. Wirfs fits the bill with his athleticism and he will play that tackle spot and could eventually move inside once the Cardinals are done with JR Sweezy.

New York Jets: This is Wirfs floor, if the Jets do agree that Wirfs is the second tackle in this class and the Cardinals go a different direction. This is a good pick to give the Jets a right tackle.

Cleveland Browns: The Browns just spent money on Jack Conklin and if they decide to go tackle at pick 10 I do believe their are better left tackle prospects available

2019 season: Wills burst onto the scene this past year and went from another one of those top recruits by Alabama to one of the premiere prospects to many in this years class.

Note: This is the first prospect that can project as both a left and right tackle which will boost his stock and be a catalyst for his higher draft selection

My Grade: Wills is the most diverse tackle in the fact he can play both right and left. However with versatility comes a lack of ability in one area. He is a good run blocker however his pass protection is very sloppy. I still believe he is a round one pick but not as high as some are putting him out to be. He still is a lock for top 11 due to teams needs however does have the upside to go as high as 4. He is my OT.3.

My Comparison: I don’t have a good comparison for Jedrick Wills, maybe Jonah Williams because of the ideal that the size matches up however Wills is a better run blocker than Williams and doesn’t project as a possible guard like Williams. That’s the best comp I have, Wills is a little bit of a weird or unique prospect.

New York Giants: The giants have expressed interest in Wills, and do need either tackle spot. Adding Wills would provide some security and flexibility for the Giants to sure up a good offensive line outside of these tackles.

New York Jets: The Jets need an offensive tackle and will be on every one of these prospects best fits.

Cleveland Browns: Another left tackle to protect Baker’s blind side. Between Thomas and Wills they are the only LT who should go in the top 15 and I expect Thomas to go to the Giants at 4 which leaves Wills at 10.

Arizona Cardinals: The Cardinals just paid DJ Humphreis and I do believe that Tristan Wirfs projects better as a right tackle and that is the Cardinals need.

2019 Season: Mekhi Becton’s last few months have helped him tremendously. He went from a projected 3rd round pick to the HYPE TRAIN and now he has been slated by many to go 4th overall. He did have a good career at Louisville and started all three years he was there and had a field day at the combine however the tape does not lie.

My Grade: The fact is Becton’s appeal is to high for many to over look, but for me Becton is my OT.5 and barely projects as a first round pick. Me saying this will come with a high level of hate and disagreement but again this is my grade and this tackle class does have a high degree of variety and Becton just isn’t my cup of tea.

My Comparison: A watered down Bryant McKinnie, another behemoth that can dominate at times but never had the technical ability to be consistent.

New York Giants: The hype of Dave Gettleman getting the monster of a human is very common and I would get ridiculed to death if the Giants weren’t on here.

San Francisco 49ers: This maybe a little surprising but Joe Staley is on the brink of retirement and giving Jimmy G some time as well as making holes for these RB’s are top priority in this Shanahan offense. This may also give Becton some time to learn the in’s and out’s of the position from a long time vet in Joe Staley.

Again this class is very subjective as is all scouting. If you agree or disagree you can comment down below or hit me up on twitter @RumboyzJlove to debate or discuss anything else. Hope you guys learned something or enjoyed the article.