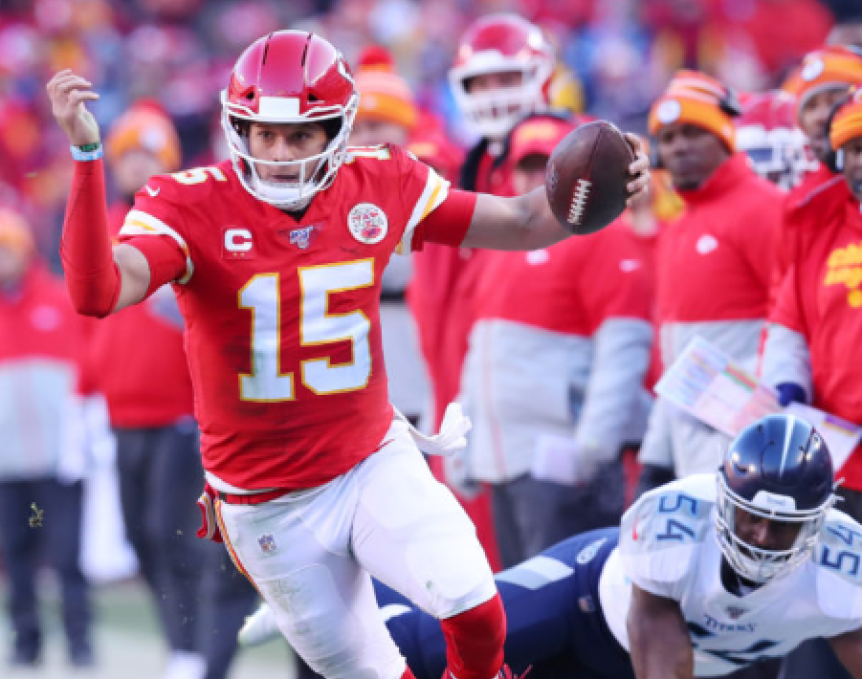 When the Tennessee Titans started their season against the Browns, no one thought the Titans would be the ones in the AFC championship come January. But, here we are in January, and it Titans against the Chiefs.

It’s undisputed that the Titans had the rougher road to the game, facing a 6 time champion Tom Brady and the Pats, and the number one Ravens. Meanwhile, the Chiefs played the Houston Texans, and creamed the second half 52-32. But, the past doesn’t matter in the playoffs, the present does. What happened today, and why did it happen?

To start the game, the Titans started 10-0. Derrick Henry continued his dominance running a wildcat formation, and taking it to the house. Then, with just 0:51 remaining in the fourth, the Chiefs ran an interesting hand off play to Tyreek Hill and he took it in for the touchdown. Hill’s speed is unmatched by any player in the league. He took the ball straight to the endzone, and told the Titans defense to try again later.

Then in the second quarter, on 3 & 22, the Titans passed for 11 yards, but the Chiefs were called for PI, which took the Titans to a first down on the 14 yards. The running continued for the Titans, with a run inside the 5 for Derrick Henry. A crazy Play Action pass, that ended up in the hands of a linemen in the endzone, to create a 17-7 game. The next drive you could tell the Chiefs were very determined. On the 20, Mahomes delivered a bullet to Tyreek Hill for his second TD of the game. Some are saying the next touchdown was the best play of Mahomes’ career so far. On the 27, Mahomes decides to run it himself. Momentum is not on his side near the sideline, but he stays in, weaves through 3 Titans, and takes it in for 21-17 lead at the half.

To start off the second quarter, Tyreek Hill picks up a solid first down, inside the five yard line. Damien Williams continues a great game, and gets inside the endzone, to expand the Chiefs lead. The next play is my play of the game. Mahomes has to go 7 yards back due to pressure. Sammy Watkins gets way open, downfield and Mahomes delivers a 50 yard bomb, and Watkins does the rest for 60 yard TD. Anthony Firsker gets open on both a fake punt on fourth down, and a TD on the following drive. By this point the game is over, and the Chiefs are heading to Miami for Super Bowl 54.

My takeaways for yesterday’s game is that Mahomes is clearly not carrying this team. Tyreek Hill, Sammy Watkins, and Damien Williams showed up yesterday. Mahomes is going to know that he needs to be a playmaker on February 2. We had a highlight reel of Mahomes plays yesterday, but the real stat stuffers, and yard getters were the receivers and running backs.  I’m certainly not taking anything away from one of the best QB’s in the league, but receivers and running backs were the ones who took the Chiefs to the red zone multiple times.