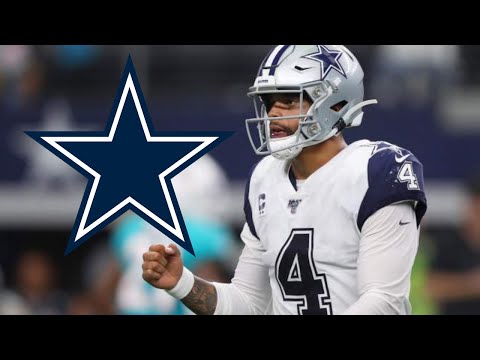 Jerry Jones confident in future including Dak Prescott: “We know what our future is there”

The Dallas Cowboys have done nothing but talk about a future that includes Dak Prescott as part of the picture despite a current lack of a long-term deal for their star quarterback.

Cowboys executive vice president Stephen Jones said earlier this month that the team is “so, so all-in on Dak.” He reiterated on Tuesday that locking up Prescott is the team’s top priority this offseason. Meanwhile, team owner Jerry Jones said Tuesday night that the future for Dallas clearly included Prescott at quarterback.

“We know what our future is there. We’ll keep our head down and keep working on that,” Jones said, via Aaron Wilson of the Houston Chronicle.

Jones made the remarks at the Houston Sports Awards. Jones has been consistent throughout the season in his belief that a deal will get done with Prescot. Stephen Jones said that a deal almost crossed the finish line before the start of the regular season.

“We got real, real, real close there to start the season and just didn’t get it finished up,” Stephen Jones said.

Crossing that finish line will involve a very large commitment to Prescott moving forward. However, Jerry Jones indicated he’ll well aware of what it will take to get the deal done.

“It’s always been expensive for quarterbacks. My first one was Troy Aikman and I made him the highest paid player in the NFL,” Jones said.

Jones was supremely confident he’d get a deal done with Ezekiel Elliott before the start of last season and accomplished that task. In fact, he expressed confidence in getting deals solidified for Elliott, Prescott and wide receiver Amari Cooper. A deal for Prescott still isn’t done, but the Cowboys appear more than willing to do what it takes to bridge the gap.