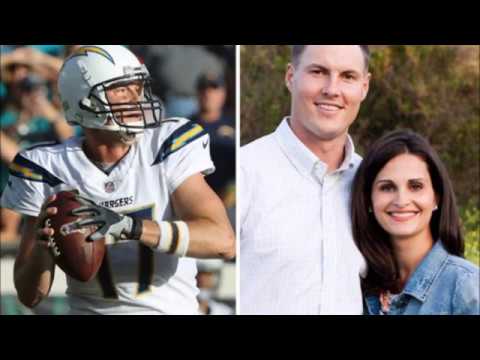 Philip Rivers Wife Tiffany Rivers Moves Family from San Diego, Clouding Future with Chargers.
Though the Los Angeles Chargers have yet to make an official decision on Philip Rivers’ future with the organization, the quarterback and his family have moved from their longtime home in San Diego to Florida.

Since the Chargers acquired Rivers on draft day in 2004, he and his wife Tiffany have made their home in San Diego. That remained the case when the franchise relocated to the Los Angeles market prior to the 2017 season, with Rivers commuting roughly 87 miles to and from the team’s practice facilities in Costa Mesa, California. Though an unusual arrangement, Chargers officials expressed their comfort with the approach both publicly and privately due in large part to Rivers’ ability to maximize his time in the building.

The departure from San Diego doesn’t guarantee that Rivers will not return to the Chargers next season, but it suggests the two sides have moved closer to a separation. General manager Tom Telesco said during his season-closing press conference that he would like to have a decision made well in advance of March 18, the first day of the new league year and the start of free agency.