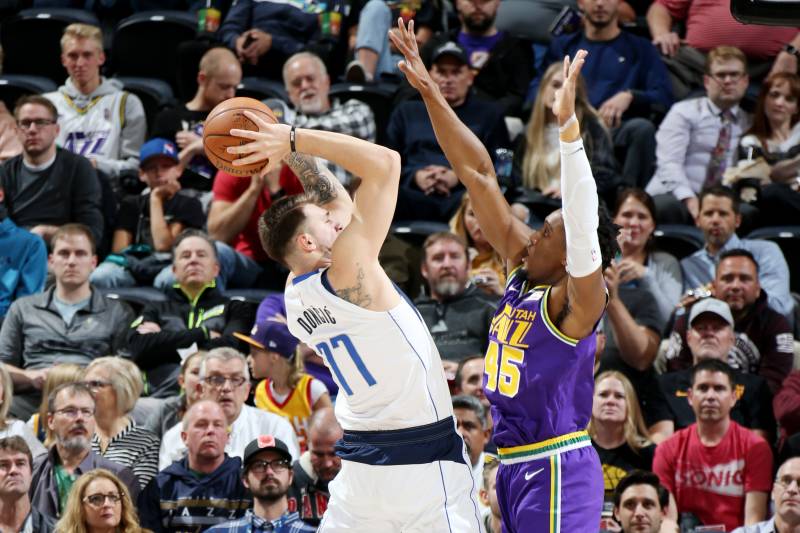 ***Thank you to Rumboyz JD for inspiring this article, check his channel out on YouTube @ Sports, News, Gaming with JD from Rumboyz***

It is that time of year, where the all-star game is coming, and fans are voting- or some just flat-out trolling, as Rumboyz JD pointed out, as undeserving names such as Kyrie Irving, Stephen Curry, Tacko Fall, and Alex Caruso are getting hundreds of thousands of votes, all by uneducated, trollish sports ¨fans¨, who don´t seem to be sports fans at all. Anyways, this isn´t voting attacks, that is Gary Parrish´s job, this is my ballot for the all-star game.

Luka Doncic can do it all and is the second coming of Russell Westbrook, just Doncic is doing it 7 years younger than when Westbrook was doing it. He can play at the 1, 2 or 3 spots (for you zoomers, PG, SG, SF). He scores the ball, he rebounds the ball, and he passes the ball. He also shoots the ball at a great clip too. The only thing he lacks is the ability to force turnovers on defense, however, his offensive production makes up for that, and in an All-Star game, defense is completely irrelevant, as evidenced by last years 178-164 score.

Donovan Mitchell, a shooting guard straight outta the University of Louisville (#L1C4), doesn´t score as many points, doesn´t rebound or pass the ball as much, but he does make you pay from 3 when you leave him open. He should get plenty of open threes with this lineup, and expect him to drain most of them. Defensively, he only forces 1.4 Turnovers per game, but plays great off-ball defense, and prevents his guy from even touching the ball.

LeBron, similar to Doncic, can score, rebound and pass. LeBron has a better 3-point percentage, and LeBron forces turnovers on defense. However, the Lakers have struggled in transition defense this year, so the rest of the lineup is going to need to pick up that slack, or the score is going to be even more juiced.

No. I didn´t type that 4 times to be the idiot that I am. 4.1 Forced Turnovers a game is going to be a huge factor in the ASG, as that can set up a LeBron dunk, a Mitchell 3, a Doncic Mid-range jumper, or a monster slam by the Brow. When Anthony Davis is your matchup, hell is real. Offensively, he will cut you apart and dissect you. Defensively, he will take the basketball (as well as your hopes and dreams), and he´ll slam them both down the basket. The Brow is as get as ever. And it is SCARY to watch.

Offensively, he is more-or-less a facsimile of Anthony Davis, however, he shoots more efficiently. Defensively, while Davis is clearly better, Towns is no joke.  Davis and Towns should draw more coverage, so James, Doncic and Mitchell (especially Mitchell), should feast. Towns, at 7´0¨, also has height to go inside and draw fouls, as well as prevent getting blocked with a huge size advantage.