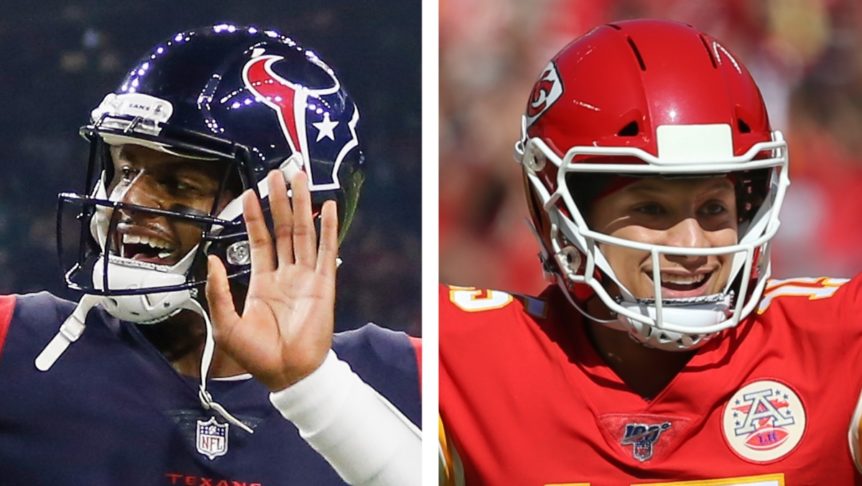 The stage was set at Arrowhead Stadium, October 13, 2019. The visiting Texans roared back from a huge deficit to beat a surging home crowd and the explosive Chiefs offense led by reigning NFL MVP Patrick Mahomes.  Many things have changed since their first meeting earlier this season. Personnel and game plans for both ball clubs will surely have some variance. What may remain a constant in this week’s upcoming divisional playoff game, and the differences that may influence how each team approaches the schemes they will deploy against each other has yet to be seen. For the Texans, they know that just because it worked first time, it doesn’t mean it will work again.

The most recent meeting between the Kansas City Chiefs and Houston Texans was all the way back in Week 6, when two very different teams met for the first time under the leadership of their respective franchise quarterbacks. The game plan for Bill O’Brien, Deshaun Watson, Carlos Hyde and company was simple; they should try to milk the clock with a run dominant scheme and keep the ball away from Patrick Mahomes as much as possible. Following that recipe resulted in a road win for the visiting Texans, and they did so despite falling behind to the tune of 17-3 in early in the first quarter. It didn’t help that Carlos Hyde fumbled the football on the opening play for the Texans offense, or that they squandered several drives with dropped passes. Houston somehow managed to stick to their guns as the team toted the rock a combined 41 times for 192 yards, and dominated time of possession in the process. Hyde led the way with 116 rushing yards and a touchdown, while Watson rushed for 42 yards and 2 scores. Give credit to Bill O’Brien for exposing a poor Kansas City rush defense, despite falling behind by two scores extremely early in the contest. Just as a side note, Duke Johnson was able to average nearly 7 yards per carry in 5 attempts for Houston in this game.

Is it possible to change while also staying the same? The run heavy approach may be the only mantra that remains from the game that was played over three months ago. On the other side, many things have drastically changed since mid October. Take for example the Kansas City pass defense, what was once considered to be an extremely weak unit, has forged a resilient turn-around, mostly in part to the play of former Texan Tyrann Matheiu. The Honey Badger has recorded 4 interceptions with the Chiefs since being acquired from Houston in the off-season. Former coach Bill O’Brien mentioned that he would have loved to keep Matheiu, but the cap space and surging safety market value simply didn’t allow it. Matheiu was exposed while faking a blitz on a must have first down completion to Texan receiver DeAndre Hopkins in the final seconds of the first meeting, the final nail in the coffin sealed the victory for Houston. The Honey Badger is hoping for a true revenge game this time around.

Friedrich Nietzsche once said, “The snake which cannot cast its skin has to die”, something both the Chiefs and Texans know all too well about the NFL week to week. The ability to lull your opponent to sleep with tendencies put forth throughout the year can be a huge advantage if you are team like the Texans. The Chiefs will try to deploy the same tactic, Kansas City will predominantly pass the ball, which makes their use of screens, short passes and delayed plays to the running backs so hard to cover. Andy Reid will run several well designed pick plays with tights ends and receivers, and will sprinkle those in as well to try and trick the opposition or catch them off-guard for huge gains.

On the flip-side the Texans would like to control the game and run the ball in order to draw the defense in, once they do, they take well-timed strikes over the top with a play-action, or purely off of Watson’s sheer gift to improvise. In the first meeting Watson’s stats fell victim to not one, not two, but THREE dropped Will Fuller passes for potential touchdowns. Add another rare DeAndre Hopkins touchdown drop to mix and any other quarterback would have been left for dead, but Watson put the team on his back and carried them to victory. Watson rushed for two scores on the ground while throwing another, virtually cancelling out Mahomes’ 3 passing touchdown day. In the end, Watson walked away with the first win in what many would expect to be this generations “Brady vs. Manning” rivalry.

Missing depth on the first go around, Sammy Watkins and Chris Jones did not play for the Chiefs in Week 6. You would also be intrigued to know that Tyreek Hill had two receiving touchdowns while only playing on 20 snaps. Mahomes was hampered with an ankle injury that later played a factor to a dislocated knee he suffered a few weeks after they faced the Texans. Chiefs kingdom would be quick to inform you that the entire team played somewhat sloppy in addition to all of the facts listed above. It is still no excuse for blowing a 17-3 lead at home with the previous year’s league MVP at the helm. The Chiefs failed to score more than 7 points from the 2 quarter on, and the Texans do what the Texans do, find a way to win.

Much has changed since nearly 13 weeks ago. The Chiefs had a week off to rest and get healthy while the Texans are trying to draw momentum from Deshaun Watson’s 6th come from behind victory last week in overtime. A few things that will remain the same are that fans and players alike will undoubtedly have their eyeballs glued to the two superstar quarterbacks, who are ironically, the catalysts for change in a new era of football.

Miles Peacock contributes NFL and Fantasy Football content to the TimeSkew.com and Rumboyz.com fantasy websites, and hosts the Fantasy Football Flex on ‘Em podcast, a 16 week long show detailing the league he is the current commissioner of, while offering weekly fantasy advice for all league formats. Follow Miles @FF_Twitter