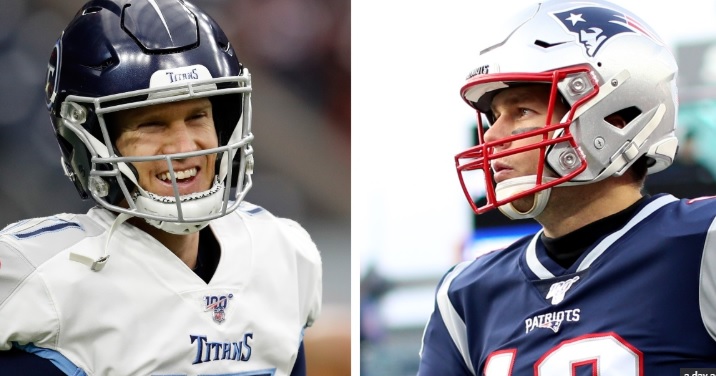 Happy New Years (Eve)! The 2020 NFL Playoffs are about to be in full swing. Here are the first weekend match-ups also known as Wildcard Weekend. Not only are these my picks but also the current spreads and over/under as of 5:00 pm EST 12.31.19.

First, Let’s look at the AFC.

Buffalo is back in the playoffs since 2018! There is no better fan-base then Bills Mafia to travel for a wildcard weekend. The Bills are headed into the Wildcard weekend after going 10-6 and the Texans also finished with the same record. This is an interesting match-up, and Vegas agrees with the spread being 2.5 in favor of the Texans who are at home. I am going to take the Bills in this one. After watching the Titan’s controlled the line of scrimmage and have their way with the Texans albeit they were resting starters, mostly on defense. The Bills offense is sneaky efficient, and I expect Devin Singletary to cross the 100 yards from scrimmage marker and Josh Allen to do enough with his legs to pull this one out.

The Pats don’t have a bye? The Dolphins really got the last laugh? This is true, the Pats have not made a Super Bowl run from the wildcard spot since, well….ever! In 2006 they advanced to the AFC Championship, but lost to the Peyton Manning led Colts. Other than that Brady/Belichick led Pat’s are ringless when not getting a first-round bye. On the other side of this equation is the Ryan Tannehill led Tennessee Titans who also have the 2019 rushing leader/crown, Derrick Henry who amassed 1,540 yards and 16 touchdowns on the ground this season…impressive!  The thing about the Titans that I believe will be the differentiator in this match-up is the pressure they can get on the quarterback. Tom Brady has not been close to as efficient this season and that simply will not change this weekend. Going with Mike Vrabel and the Tennessee Titans to upset the Pats in Foxboro!

The Vikings head down to New Orleans for what should be a very intriguing matchup. I see this as two solid defensive units trying to slow down two very different (in terms of efficiency) offensive schemes. Oh, and do not forget this is a rematch of the game that brought us Pass Interference replay in 2019! Well, odds are anything like that will not happen again. Down in the Big Easy give me the Saints behind that defense, Drew Brees, Alvin Kamara, and Michael Thomas to win and win easily. Kirk Cousins and the Minnesota offense are good just not able to keep up with the Saints. I figure we will see the Kirk Cousins that we are use to in prime time, you know the one that ends up on the wrong side of these contests.

My prediction: Saints 35-20, I’ll take the Over (The Saints are not letting off the gas in this one) 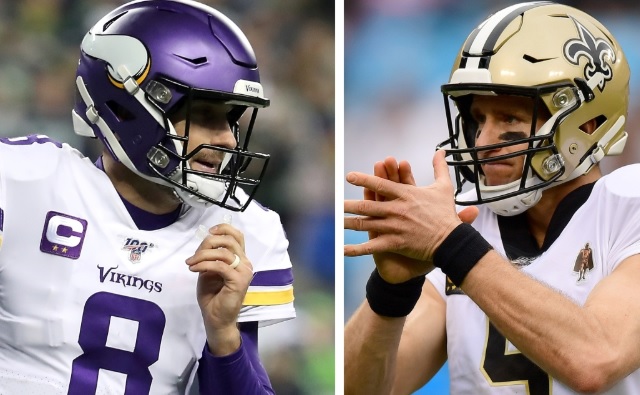 Well, someone had to win the NFC East (or Least). The Seahawks lucked out apart from the miles they will accumulate with their travel to and from Philadelphia. The Eagles have players at the WR and DB that were on the practice squad, at best, before Thanksgiving. The Seahawks beat the Eagles at home 17-9 earlier this year and I would expect a similar result with just a little higher scoring since this is the playoffs. We will see if Zach Ertz will be available for 12 personal sets with Dallas Goedert, which should help Carson Wentz, but I doubt that will be enough. I am riding the Seahawks here on the shoulders of DangeRuss Wilson and the defense to win handily.

My prediction: Seahawks 24-13, I’ll take the Under 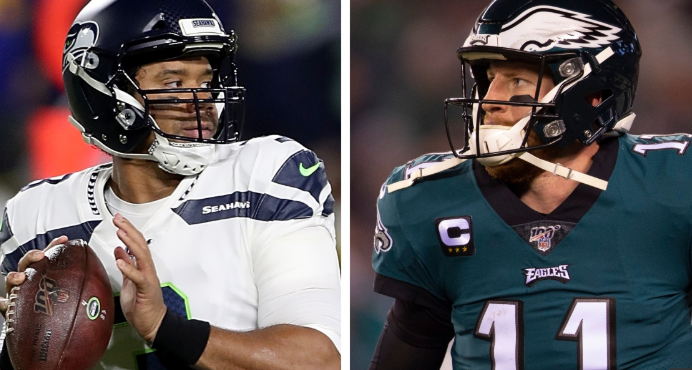 Disagree, that is cool! Let us know what your thoughts are.