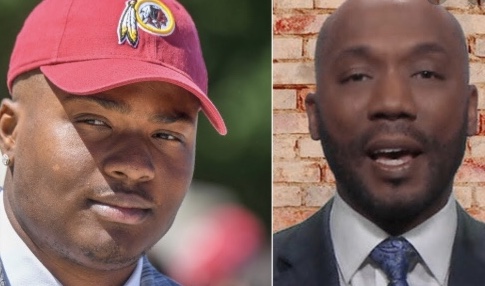 With Bruce Allen getting pushed out of football operation, the Redskins will need to find a new GM. The first question is will they find someone in-house to be their GM, or will they find someone from another organization? Usually, GMs are hired before head coaches, but there might not be enough time for them to hire a GM before a head coach.
A few names that have circulated within the Redskins Organization are Alex Smith, Kyle Smith, and Eric Schaffer. It is highly unlikely Alex Smith gets the GM role, but he could get a role in the front office if he decides to retire. Kyle Smith is another name that is generating lots of buzz to become the Redskins GM. Kyle Smith is the Director of College Personnel and has found many late-round gems including Cole Holcomb, Steven Sims, Jimmy Moreland, Terry Mclaurin, and Tim Settle. Kyle Smith could be a great hire for the Redskins if they choose to hire someone already on the Redskins staff.
If the Redskins choose to hire someone who is not on the Redskins staff, they will most likely look at Louis Riddick and former Texans GM Rick Smith. Louis Riddick would be a great hire because he has had great success scouting great players in the past. Most importantly, Riddick LOVES Dwayne Haskins and will do his best to put the pieces around him to help him succeed. Riddick has continuously raved about Dwayne Haskins’s potential and has talked about what the Redskins should do to develop him.