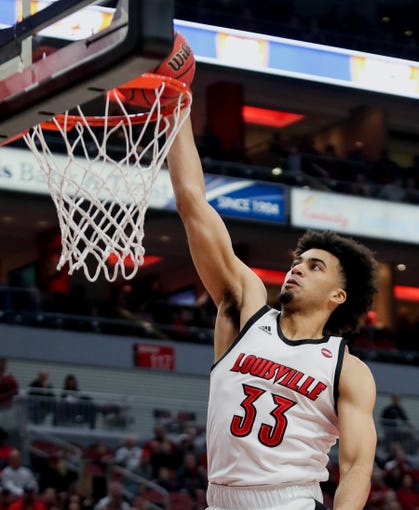 It has been a wild season so far. Including today’s Kansas loss to Villanova contributed a stat, that five number one teams have fallen to upset losses. Mike Krzyzewski’s Duke lost to Stephen F. Austin, Michigan State lost to Kentucky, and Louisville lost to Texas Tech. As we all know, there are always big upsets in March Madness. If there are upsets like there have been in the regular season, imagine what it will be like when March rolls around. Hint: Your bracket is not safe. That’s why I’m here to help as much as possible.

A good bet is Michigan State. First, because they are experienced. Leading player Cassius Winston is in his senior year with the Spartans. Xavier Tillman is in his Junior year. Most starters were also on the team that beat Duke in last year’s tournament. Michigan State’s coach is experienced. Tom Izzo may be the most underrated coach of all time. He has 6 Big Ten championships and is likely the best coach that Big Ten basketball has ever had, and yes I know who John Beilein is, and he doesn’t touch Izzo.

A bad bet is North Carolina. Star freshman Cole Anthony is down with an injury, and no one knows when he will come back. Rebounding was a problem in today’s game against the UCLA Bruins. North Carolina has also lost to Michigan in the Battle 4 Atlantis tournament, and barely got the number three spot, thanks to Anthony’s game-winning layup to beat the Oregon Ducks, on Black Friday. UNC had a lot of graduating, or draft-eligible players last year, including star Forward Luke Maye, who attended today’s game.

A solid bet is Villanova. College Basketball really belongs to coaches, as players are only there for, at most, 4 years. While some coaches hop around, some stay around for years and years, like Jim Boeheim, who’s been a Syracuse since 1977, mainly because it’s his alma mater. Villanova’s Jay Wright has been with the team for 13 years. He has taken them to 2 championship trophies. So, overall, take them because of the coaching.

Another good bet is Ohio State. While they don’t have many superstars or coaching, they have just one loss on the season, with wins against Kentucky, UNC, and Villanova. Looking at their schedule, they have loads of in conference games, and games against Maryland, and Michigan, and an out-of-conference against West Virginia. Ohio State is just a great team to be favored when it’s time for March Madness.

A bad bet is once again an ACC team in Duke. Duke’s lack of experience yet again is going to catch up with them. Last year, that was the problem for them. RJ Barrett, Zion Williamson, Cam Reddish, and Tre Jones, were all freshman in the biggest tournament in sports. The team last year barely edged past Tacko Fall’s UCF and then lost to Michigan State. Looking at Duke’s remaining schedule, they still have both games against UNC, a game against Louisville, and tons of games on ESPN, ESPN2, which are big spotlight games for the freshman. Once again, the lack of experience is a problem for the Blue Devils.