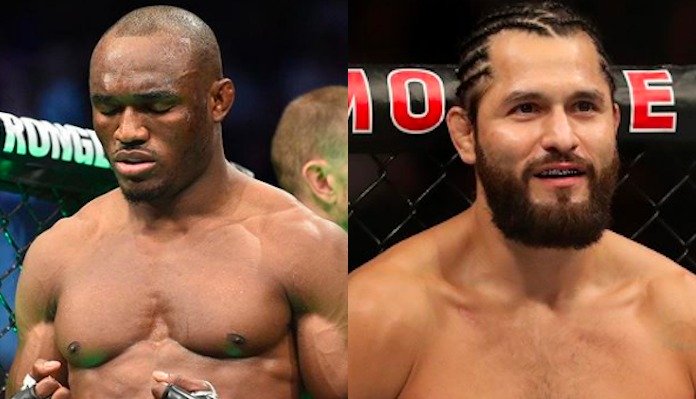 Kamaru Usman should be the target for every fighter in the UFC’s Welterweight division after his title defense at UFC 245 right? Not for Jorge Masvidal who has pushed for a Conor McGregor and even Floyd Mayweather fight. It makes sense since Masvidal’s star power has reached an all time high after his UFC 244 win for the BMF Belt against Nate Diaz. Even after Kamaru defeated Colby Covington 4:10 into the 5th round by KO/TKO the attention went to Colby losing and not Kamaru being the undisputed UFC Welterweight Champion. Jorge Masvidal likely does not see the financial benefit of fighting Kamaru Usman yet as a result of him being a lesser known fighter.

Their are two ways i see this fight actually getting scheduled. Dana White may need to make Kamaru the B side despite holding the title since Jorge has more star power. This negotiation tactic worked recently where at UFC 243 Israel Adesayna was the challenger for the UFC Middleweight Championship against Robert Whittaker, but was given a larger contract before the fight due to his recent rise to stardom. The more likely scenario in my opinion is that Jorge holds out for a fight with Conor McGregor who is fighting at Welterweight January 18th, 2020. In between Kamaru will need a holdover fight with Leon Edwards. At that point Masvidal may be ready to give Usman a big payday and Masvidal himself may want  his shot at the UFC Welterweight Championship. In an ideal world every title fight would be a big money fight, but fans may be stuck waiting for the dollar signs to match up.