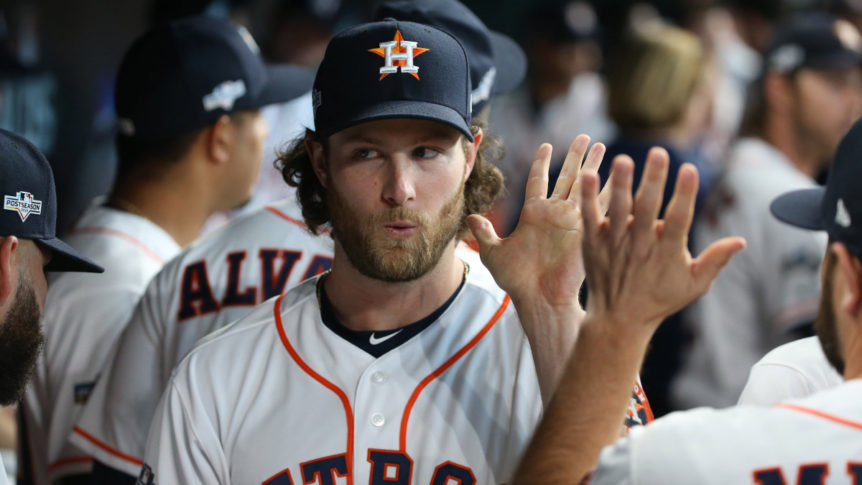 The MLB Winter Meetings are a huge opportunity for MLB executives, managers, and players to make a splash. Lots of teams landed big names, lots landed small names. Some teams won, some teams lost, let’s find out who.

Angels- The Los Angeles Angels already made a splash by hiring Joe Maddon as the new manager. This time, they signed a player. Reigning world champion Anthony Rendon was among the big names to get this week. The Angels signed Rendon for 7 years. This is good for the Angels because Rendon is a gamer. What I mean by “gamer”, is that he doesn’t need a home, he can get doubles, triples, and singles. Mike Trout can get the homers. It’s all there right now, they can be a playoff team. As of now, I think they are a playoff team.

Yankees- As we all know, the Yankees fell in the ALCS to Houston Astros, and ace Gerrit Cole. As Cole was the biggest threat in October, now he’s the biggest player to flaunt. Gerrit Cole agreed to a 9-year deal with his childhood favorite team. The Yankees’ biggest issue was definitely the bullpen. Aroldis Chapman let up the game-winning run on Jose Altuve in that Game 6, with an off-speed pitch. The Yankees will definitely make the playoffs, even without Cole. But with healthy players all season, and Gerrit Cole, this team could win the World Series.

Nationals- We all knew that they weren’t going to make huge differences, as I’m sure they are happy with their squad. The Nationals have depth. There are tons and tons of players that can come in and get on base. But, their bullpen is one of the best in the league. You could make an argument that it’s the best. The best pitcher in baseball, Max Scherzer is there. Now, you’re telling me Stephen Strasburg is staying. This is bigger news than any Nationals fan can understand.

Phillies- While the Phillies didn’t make huge decisions, they made a possible playoff deciding move. The Phillies made a move to sign shortstop Didi Gregorius. Gregorius had shoes to fill with the Yankees when Derek Jeter retired. I think Didi Gregorius will help the Phillies to a solid spot in the NL East.

Orioles- The Orioles NEEDED to make a move this week. Although no one wants to be there, they needed to convince someone to come. There is no talent on that team right now. The best plan for the O’s is to find young talent that can stay there for a long time.

Cubs- The Cubs are another team that previously made a move, in signing former player David Ross to the team as a manager. But, the Cubs didn’t make any strides in making the playoffs, as they missed the Wild Card last year. They came out of the meetings without any big signings, and Kris Bryant is close leaving, possibly for the Nationals.

Astros- The Astros didn’t do one thing. The Astros lost Gerrit Cole, and the only news we heard about them was that they were under investigation. They lost Cole, they gained nothing. It’s pretty simple, they just didn’t show up. I wouldn’t be surprised if they didn’t make the trip to San Diego.

Red Sox- The World Series in 2018 belonged to Boston. This past year, they didn’t even make the playoffs. They needed to make changes in the bullpen. They clearly didn’t make any changes this week. And, they are likely to lose both Mookie Betts and Alex Cora. JD Martinez didn’t perform, no one did. They needed to make changes, I think they should have pushed for Cole, just to show any sort of effort.