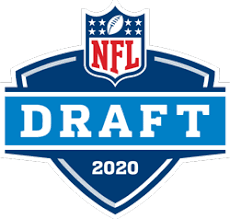 The Bengals need playmakers all around so why not take the best player at the most important position? Joe Burrow has thrown for 48 touchdowns and has lead his team to the number one seed in the CFP. He is an elite thrower and also has mobility in the pocket.

This could be subject to change if the Giants beat the Redskins in week 16 but if not the Giants will be taking the best prospect in the draft at a position that is very much needed for the Giants. Young is a generational talent and can help the Giants with their rebuild.

The Redskins are rebuilding around Dwayne Haskins but he has not had the necessary protection to succeed as a young quarterback. The Redskins have a hole to fill at LT with Trent William’s future uncertain. Andrew Thomas is the best offensive lineman in the draft and can help Dwayne Haskins develop into a better player. Although, if Chase Young was still on the board the Redskins would most likely take him.

If Tua declares for the draft this is the most likely landing spot for him assuming he has no major setback in his recovery process. The Dolphins are in major need of a Quarterback and Tua is the best one even if he’s injured. If the Dolphins are concerned about Tua’s injury history they could go with a safer pick with Justin Herbert.

The Lions have the 30th ranked defense this year and part of that is due to their pass coverage. Okudah will be a shutdown corner at the next level due to his elite man coverage abilities to go along with amazing ball skills.

Jerry Jeudy falls to the Cardinals who need pass catchers to help Kyler Murray out as Larry Fitzgerald is aging. Jerry Jeudy is the best WR in the draft and is playing in one of the best WR cores in the country. Jeudy creates an enormous amount of separation and has very good route running skills.

CeeDee is one of the most explosive WR’s in the draft and the Jaguars desperately need an elite playmaker at the WR position. Lamb is also not afraid to block and can help the Jaguars offense get to the next level.

Devontae Freeman has been very injury prone the last couple years coupled with his stats this year (500 yards 1TD and 3.6 Yards Per Carry) the Falcons should start to think about drafting a RB. Deandre Swift is an explosive back who can also catch the ball very well.

Derrick Brown is a great run stuffer who would be a great compliment to Quinnen Williams. Brown is also a great rusher who can get the Jets defense to the next level.

Philip Rivers has struggled this year throwing 20 touchdowns but 15 interceptions. Rivers is also 38 years old so even if Rivers was putting up elite numbers they would still need to start looking for his replacement. Herbert has the ideal body for a quarterback just lacks consistency