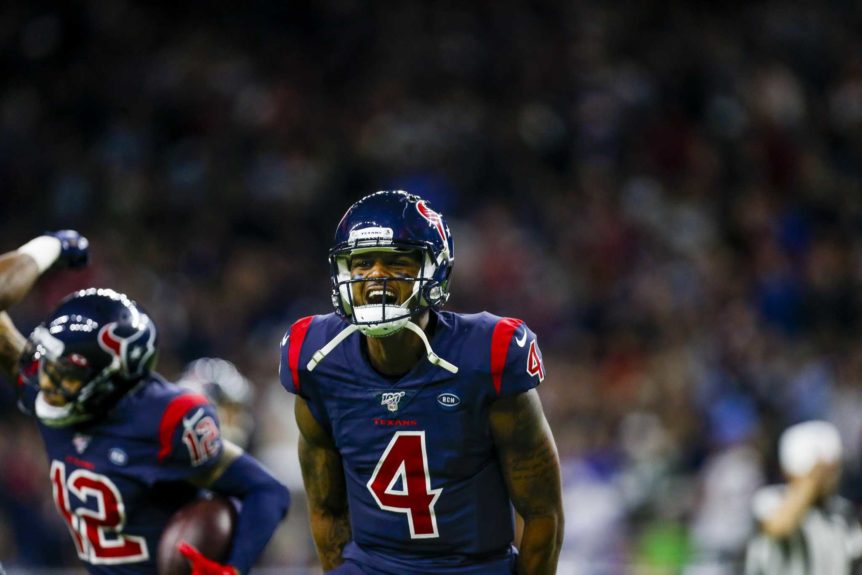 Drew Lock and the Denver Broncos (4-8)

The second-round draft pick out of Missouri finally got his shot on Sunday. Drew Lock was named the starter for the Denver Broncos in week 13 and finished 18-23, 134 YDS, 2 TD, INT, 84.5 rating after hosting the San Diego Chargers on Sunday. Courtland Sutton had more than half of Lock’s yardage on the day and caught both of his touchdowns, posting a 4 catch, 74 YDS, 2 TD line versus the Chargers. The diving one handed touchdown reception was apparently a called audible from Lock in the huddle in which he told Sutton to “run the fade”. That is not something Sutton admittedly likes to do, run off-script, but Lock seemed to command the huddle and Sutton complied. Sutton is standing at 6 touchdowns on the year with 54 receptions and 903 yards.

Sutton also drew a pass interference penalty in the waning moments to setup the game winning field goal as the Broncos secured a 23-20 victory. Despite the win, Lock’s debut performance wasn’t spectacular. He was able to obtain a 64.3% completion percentage (higher than any season average he posted in 4 years at Missouri, 56.9% career), but didn’t knock off anyone’s socks with a meager 134 yards in the air and a QBR of 55.7. Lock also added 3 rush attempts for 15 yards.

Lock and Sutton didn’t do it all by themselves, as the defense forced two turnovers in which the Broncos offense turned into 10 points. Those 10 points off turnovers last week matched their entire season total, they now sit at 20 points of turnovers for the year. The young duo of Lock and Sutton will look to keep it going against a Houston Texans defense that is ranked 28th in yards allowed per game, 25th in passer rating allowed, and are tied for the 25th worst rank in sacks. Sutton will be looking for his third straight game with 70+ receiving yards versus AFC South opponents.

The Texans are especially bad on 3rd down, ranking a league worst 32nd, and have allowed a 47.8% conversion rate on the year. Though a small sample size, Lock and crew converted on 7 of 15 3rd down attempts last week, but on the year the Broncos are only at 29.5% .

Houston has been leaky versus the run as of late as well, allowing 4.6 yards per carry this season, bad enough for the 24th worst mark in the league. The Broncos have failed to rush for 100+ yards in the last two weeks against the Bills and Chargers respectively, hitting 84 and 85 yards in those games. In fact, over those two contests the team only posted up 134 and 218 total yards of offense and 26 combined points. Give credit where it is due, Lock was able to post decent numbers in his debut and he took a win with him once it was all said and done.

The Denver offense has averaged 295.8 yards per game & averages 16.5 points per contest

Deshaun Watson and the Houston Texans (8-4)

Watson heating up, looking to catch fire against Denver

The Texans have not been able to pull a three-game win-streak together all year, largely in part to their leaky defense, but when the Texans are healthy and rolling it doesn’t really matter how terrible their defense may seem. With Deshaun Watson at the helm the Texans offense is always a threat to score and they seem to be peaking at the right time. Watson completed 72% of his throws in a win versus the Patriots and no interceptions, lets also not forget that he caught a touchdown pass from DeAndre Hopkins as well.

* Interesting fact: Watson and Jim McMahon are the only Super Bowl era players to have at least three touchdown passes and a receiving touchdown in a single game.

The third year QB went 18-25, 234 YDS, 3 TD, and 140.7 rating against one of the top pass defenses in the NFL, positioning himself once again in the middle of the MVP conversation. The Houston QB is looking to get hot after posting back to back 100+ quarterback ratings versus the Colts and Patriots. For the year Watson has amassed 3,133 passing yards with 23 touchdowns and 7 interceptions, earning him a QB rating of 105.9 on the season. Watson will once again be at home where he has averaged 309.3 passing yards per game over his last 4 in Houston. He has also thrown 13 touchdowns and only 1 interception in those games.

The issue for the offense has of course been the offensive line, but they have been doing their best to keep Watson clean, despite placing rookie 1st round pick Tytus Howard on season ending IR the week before the Patriots game. Here’s a fun fact, the Broncos offense has allowed the same amount of sacks (36) as the Texans this year. Chris Clark entered the game in place of Howard and played rather well considering the competition as he did not allow a sack. Watson was sacked 3 times against a brutal New England defense and only once when they played the Colts. With Von Miller (6 sacks) showing up on the injury report this week for the Broncos with a hamstring, there is a good chance for Watson to stay upright in the pocket and make plays downfield. Watson has only thrown 2 interceptions over his last 5 games including a zero INT and 3 TD game against a Patriots defense that is +19 in turnovers and had only allowed 4 passing touchdowns all season.

The Broncos pass defense allowed Philip Rivers to post a 106.2 QB rating on a 365 YDS, 2 TD and 1 INT performance at Mile High. On the year they have allowed a rating over 90 to opposing quarterbacks, so this could be the game where we finally see Watson catch fire as he has yet to post a 100+ rating in 3 or more straight games this season.

What may be surprising is that Watson hasn’t been doing much with his legs over the last 3 weeks. He has a total of 11 attempts for 21 yards in that span and hasn’t had a rushing touchdown since week 6 when he scored 2 versus Kansas City. In the first 6 games Watson had accounted for 5 rushing scores.

The Houston offense has averaged 372.8 yards per game & averages 24.4 points per game