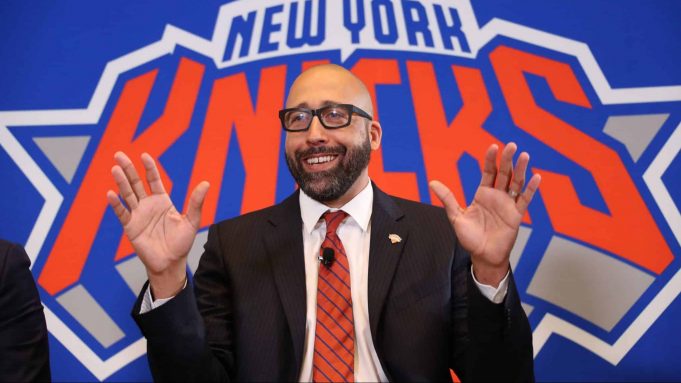 Well they did it, the Knicks fired David Fizdale. As if firing a guy you just hired will fix problems that the franchise has been struggling with since before I was even born. The Knicks traded Kristaps Porzingis for Dennis Smith Jr and Deandre Jordan, only for the Knicks to not resign Jordan, getting no value for him, and then they replaced Dennis Smith Jr with RJ Barrett, getting no value for him.

The Knicks are the joke of the league, they are the laughing stock of the basketball world. No superstars wanted to go to the “mecha” of basketball which is Madison Square Garden, not because they don’t love New York, not because the fans aren’t amazing, but because management and ownership is a group of clowns.

Steve Mills fired David Fizdale and assistant coach Keith Smart this friday after “sickening” performance against Denver. With a 4-18 record, the Knicks have the worst record in the Eastern Conference and are tied for the worst record through 22 games in franchise history. Mills had this to say ““Scott(Perry) and I are not happy with where we are right now, We think the team is not performing to the level that we anticipated or we expected to perform at, and that’s something that we think we collectively have to do a better job of delivering the product on the floor.”

I must question Steve Mills for “anticipating” or “expecting” the Knicks to be better than 4-18 when they have no Superstars because you couldn’t land any, and their franchise player is a rookie. Also, they gave Fizdale four power forwards……

How can the Knicks expect Fizdale to win a bunch of games in New York when he asks for Clay, you give him shit.

Now, this has been a relatively negative article if you’re a Knicks fan. If you’re not, you might find it funny. There is a potential light at the end of the tunnel if Steve Mills and Scott Perry can see it.

Mark Jackson is available, and his hire would probably be the ONLY THING that could salvage Knicks’ fans respect at this point.

Do I think it could save them? Even make them decent? Probably not, because what will happen is they’ll hire Mark Jackson, sign a bunch of guys who don’t help the team win, and then fire Mark Jackson.

But if they didn’t maybe they could turn the franchise around. Don’t count on it Knicks fans, get yourself a Brooklyn Nets jersey.