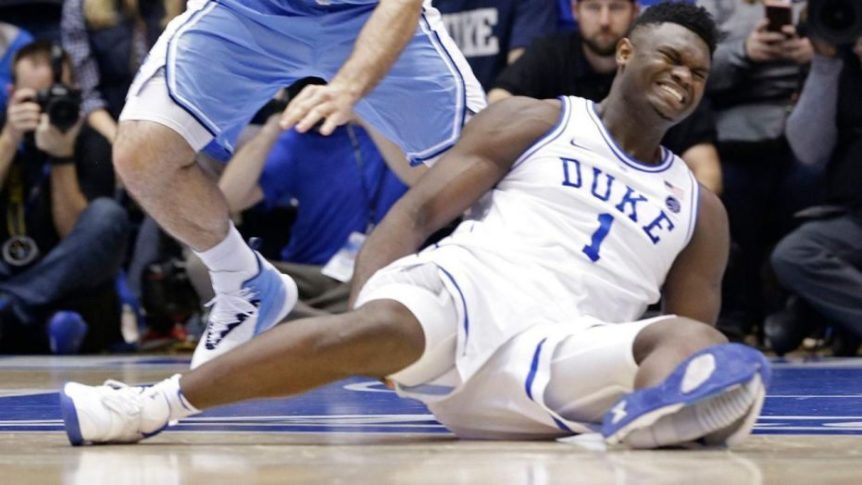 Luka averaging a triple double, Harden almost averaging 40 points a game, Lebron James is winning the battle against father time in his 17th year, Ja Morant is averaging 19 points and 7 assists in his first year, and Giannis is playing even better than last year. So many headlines after only one month of play in the NBA. But there is one headline that a few months ago was taking over the NBA, but since then has gone dark. 2019 number one overall draft pick Zion Williamson’s return from his meniscus tear. According to Kristen Ledlow from TNT Zion Williamson has “turned a corner” this week in his rehab. Zion is an explosive young player who has a good passing ability and a unique aggression driving to the rim and on defense. Williamson averaged 22.6 PPG on a shocking 74.7% rate, he also grabbed 8.9 rebounds, 2.1 assists, 1.8 blocks and 2.1 steals per game. 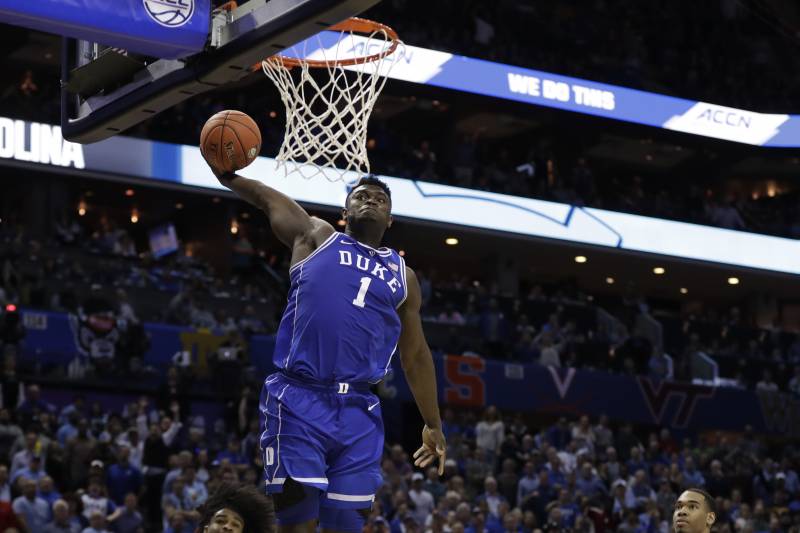 According to the Pelicans the earliest possible target date for Zion’s return is a game against the Brooklyn Nets on December 17th in New Orleans. I think we should all be incredibly excited to see what we will get out of this young man. I can’t help but think to caution fans about Zion’s play-style. As exciting as Zion’s play-style is, as aggressive as he plays, it’s hard not to see that it has two potential weaknesses that could derail Zion’s entire career.

Disclaimer: I hope I am wrong about Zion but here are a few things that may hold Zion back in the NBA.

Now don’t get me wrong here, MJ is the greatest singular player of all time because no one besides Wayne Gretsky has dominated a 25+ team league the way Michael dominated the NBA in the 90s. To me, greatness is being that much better than your peers, and MJ was that guy. In today’s NBA, the level of basketball skills has skyrocketed as the game’s rules changed to limit physicality on defense. It’s like in Dragon Ball Z when Gohan levels up to Super Saiyan after his Dad, Goku, or MJ paved the way. 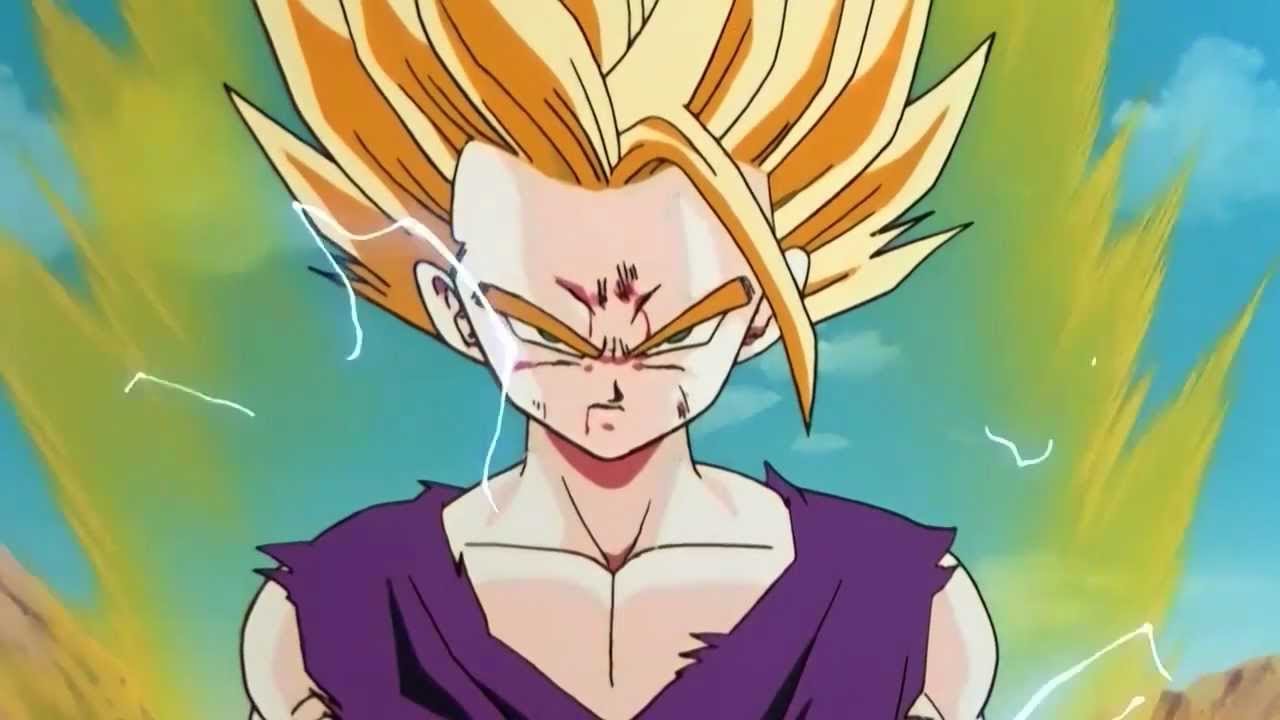 NOW if you don’t get that reference, think of the way baseball used to value base hits but now only values Home Runs. 3 point shots are the new home run for basketball as dunks are like base hits, but let me bring it back to Zion. Zion looks like Lebron or MJ when they were young, Zion dunks hard, he jumps high, he is aggressive, fast, and strong. But unfortunately, that’s not all you need to be a Superstar in 2019, you need to create spacing. Led by Stephen Curry, the game has changed. James Harden went from shooting 6.2 3 point shots a game in 2012 when he first averaged 25+ PPG, to now shooting 14.3 3 point shots a game this season. Curry went from 4.7 3pt shots a game in 2012, to 11.7 attempts last year. Even reigning MVP Giannis Antetokounmpo, who has never shot more than three 3 point shots a game, is up to almost 5 attempts a game and Giannis is primarily known for driving to the rim. All of these stars are learning one thing, If you can’t shoot 3 point shots, you are limited. Zion MUST develop a legitimate 3 point shot if he wants to be an all time great prospect in the modern NBA

2. Zion’s health scares me because he is so utterly aggressive. Not to say he can’t find a healthy middle ground at some point. After-all, his ankle injury and his meniscus injury could’ve been fluke injuries, but they definitely raise some questions. Now I do think that Zion will be a good player no matter what, but I hope we aren’t seeing a bigger Derrick Rose. Not in the playstyle necessarily but in the aggression and recklessness when it comes to use of their body.

We’ve seen Derrick Rose develop other parts of his game and become a consistently effective player, who due to his lack of athletic use of his game at this moment, is not a bonafide superstar, but is smart and good enough at the game of basketball to contribute at a high level. Also, watching Derrick Rose, he still has that freak inside of him, but he tames it. I hope that Zion Williamson, if he continues to struggle staying healthy, will take notes from Rose and bring out the best of a sustainable basketball player. Dominating the NCAA is something that a lot of NBA players do, but dominating the NBA is a much tougher beast. 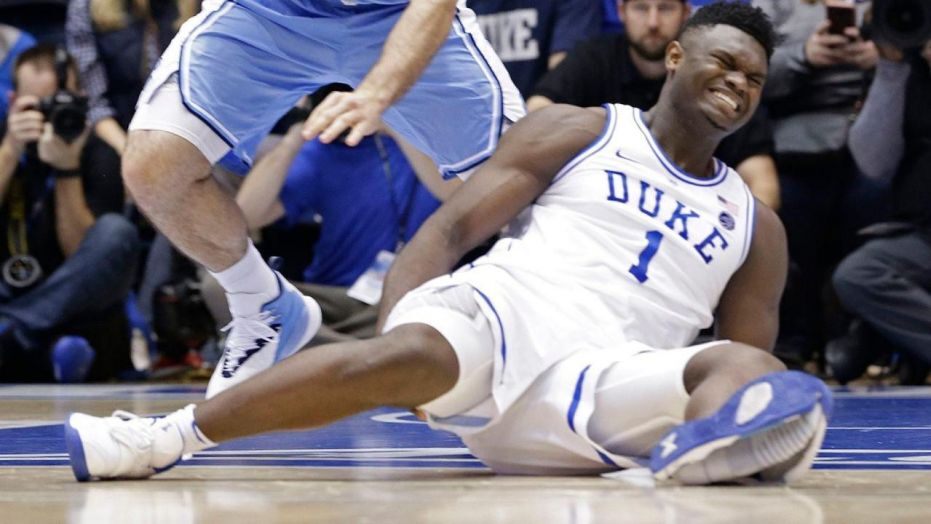 We here at rumboyz.com hope the best for Zion, and wish him a very healthy recovery.

Join our Discord! Submit your memes to JD for Meme Review Episode 2. – https://discord.gg/Jq5MS7