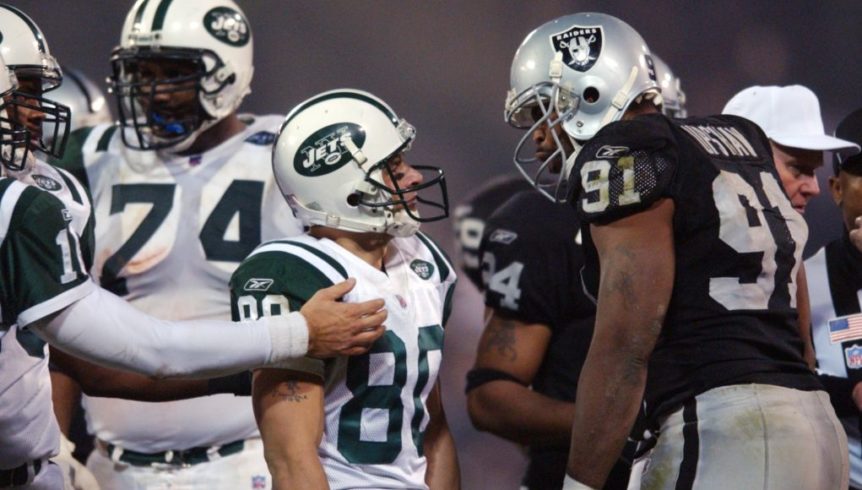 Week 12, the favorite Oakland Raiders got annihilated by the New York Jets. This by far is the ugliest loss of the season and very disappointing performance in offense, defense and special teams. The Jets beat down the Raiders and won the game 34-3. This is a wakeup call that this defense is nowhere near capable of playing the air. Sam Darnold had a nice game throwing for 315 yards and 2 Touchdowns. In this article I’ll go over some observations on today’s game against the Jets.

The defense got schooled, embarrassed and brought all the way back down to earth.

After the 3 game win stretch the Raiders defense has done enough to stay within the games and even helped the Raiders closed them out whether through pass break ups or interception. The Raiders are now feeling the pain losing the trio of starters from week 1. Abram, Joseph and Joyner did not play this game and that’s huge because the Raiders where getting destroyed in the air the Sam freakin Darnold. Other than Max Crosby’s sack, the pass rush was a non-factor and made it easy for the Jets to move the chains. This defense gave up 21 first downs, 401 total yards today. They allowed players have their way and made Leveon Bell look like an All Star. Overall this was embarrassing, the loss is likely to be a factor to Raiders playoff chances.

I don’t know what really went down but the Raiders seem to waive the flag in the 3rd quarter. For a team who has been playing with resiliency the Raiders seemed to have given up by pulling Derek Carr out of the game. Carr did not rise up and was held to 127 yards and he threw an interception which was ran back for a TD. Josh Jacobs was also seen on the bench and recorded his worse rushing performance of the year. The Raiders are 0-4 when Jacobs carry the ball 15 times or less. It’ll be interesting to hear what Gruden says about today’s game but pulling the players was not a good look.

Luckily the Raiders hold the tie breaker against the Colts but this loss just made their playoff chances go down tremendously. The next game is against the Chiefs and instead of coming out 7-4 they sit at 6-5 and can easily slide down to 6-6. There are plenty of team gaining momentum, the Steelers, the Colts, the Titans and the Browns are all too close for comfort. This was supposed to be a win to make the Chiefs game more meaningful instead the Raiders find themselves outside the Wildcard spot hoping that all the other teams fuck it up to keep their hopes alive.